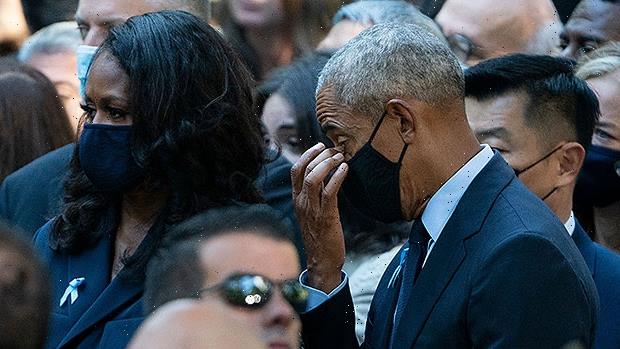 Joe and Jill Biden were joined by the Obamas and the Clintons as they paid tribute to those who lost their lives in the September 11 attacks.

President Joe Biden, 70, and his wife Dr. Jill Biden, 70, joined former politicians Barack Obama, 60, and Bill Clinton, 75, to commemorate the 20th anniversary of the September 11 attacks. They were also joined by Hillary Clinton and Michelle Obama as they stood somberly at the site where the World Trade Center towers fell two decades ago. 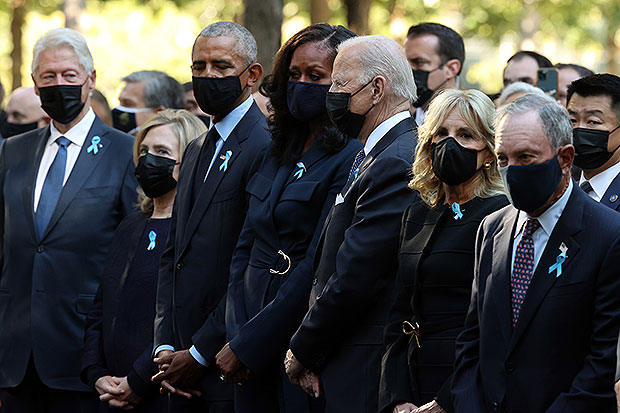 The President took to Instagram to share a somber message on the anniversary of the nation’s worst terrorist attack. “Twenty years ago, nearly 3,000 lives were cut short by an unspeakable act of cowardice and hatred on 9/11. As a nation, we must never forget those we lost during one of the darkest moments in our history and the enduring pain of their families and loved ones,” he wrote. Meanwhile, Barack penned a message on Instagram, emphasizing the importance of “reflecting on what we’ve learned” in the 20 years since the attack,

“That list of lessons is long and growing. But one thing that became clear on 9/11 — and has been clear ever since — is that America has always been home to heroes who run towards danger in order to do what is right,” he wrote. “For Michelle and me, the enduring image of that day is not simply falling towers or smoldering wreckage. It’s the firefighters running up the stairs as others were running down. The passengers deciding to storm a cockpit, knowing it could be their final act. The volunteers showing up at recruiters’ offices across the country in the days that followed, willing to put their lives on the line.” Continue reading for more messages penned by celebs in tribute to those who lost their lives.

Mark Wahlberg thanked first responders when he took to social media on September 11. “20 years ago but feels like yesterday. We are all forever changed. Thinking of those who are gone and their loved ones missing them now and always.,” he wrote, adding the hashtags, “#NeverForget #ThankYouFirstResponders #UnitedWeStand.”

Vanessa Bryant shared a snap of a mural, which created an image of the New York City skyline with the faces of those who sadly died. “Dear New York, We [love] you! Our hearts are with you, always. 9/11,” she captioned her post.

Sarah Jessica Parker, who has lived in New York for most of her life, took to Instagram to share a photo of a subway station. “Always.
I [love] NY,” she wrote.

Former MLB star Alex Rodriguez recalled where he was on 9/11 in 2001. “I can’t believe it’s been 20 years since one of the worst days in our nation’s history,” he began. “I remember waking up in the Bay Area, as we were scheduled to play the A’s, and just being shocked and heartbroken over something so horrible in my home state of New York. 20 years later, the pain hasn’t gone away. Today, let us remember and honor all those we lost and all those who were affected by this tragedy. Remember our brave first responders, the families of the victims, and how we all came together as one nation.”