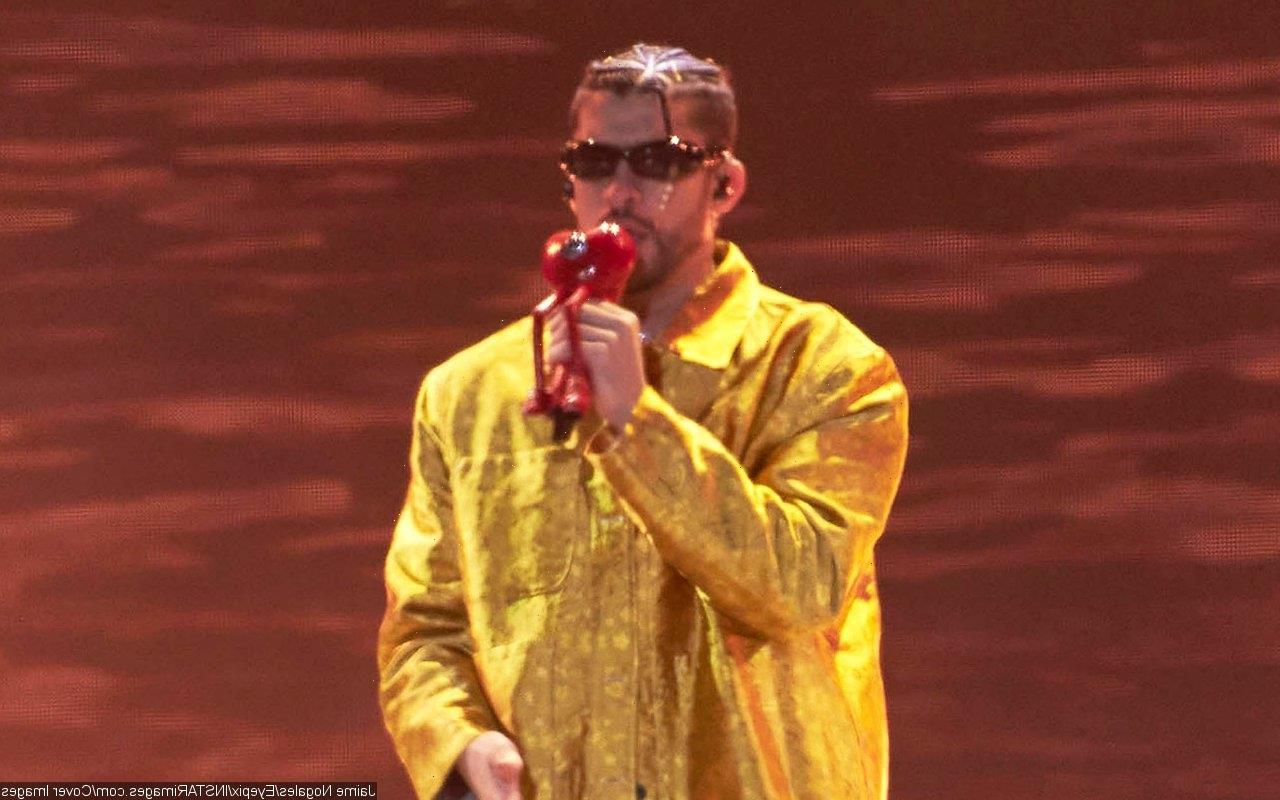 The ‘Un Verano Sin Ti’ artist makes use of his social media platform to explain why he threw the young female fan’s phone into water but he’s not apologizing for the viral incident.

AceShowbiz –Bad Bunny has something important to explain. The “Me Porto Bonito” crooner has issued a statement after a viral video caught him throwing a fan’s cell phone in water after the young female fan appeared to take selfies with him.

On Monday, January 2, the “Un Verano Sin Ti” artist turned to his Twitter account to address the matter. In his tweet, he said he draws a line between fans who want to create a genuine interaction versus the ones looking for social media clout, which he considers an act of disrespect.

The tweet translates to, “The person who comes up to me to say hello, to tell me something, or just to meet me, will always receive my attention and respect. Those who come to put a f**king phone in my face I will consider it for what it is, a lack of respect, and I will treat it likewise.”

The said clip that has gone viral on social media saw Bad Bunny being approached by an eager fan attempting to take selfies with the 28-year-old star. He’s then seen grabbing the phone and tossing it away into the water nearby as the female fan looked on, horrified.

The footage has divided his fans. Some could understand why Bad Bunny did so. “People are always putting phones in his face and invading his space. He probably tolerates it for the most part but you never know when someone has had enough,” one fan opined. A second added, “Ppl need to understand personal space and boundaries.”

Others, meanwhile, suggested the female fan sue him for throwing her phone. “I would’ve sued him respectfully! I get it but that was unnecessary!” one person remarked, with another pointing out, “I would be sending him my bill. My thing is if you don’t want no pics or vids cool then just say that but to go and snatch and then throw the phone is crazy to me. Was all of that really necessary.” Someone else chimed in, “did he tell her that she was doing too much or ask her to move? If not very uncalled for.”

Aside from the incident, Bad Bunny, born Benito Antonio Martinez Ocasio, recently announced he’s taking a break in 2023. “I’m taking a break,” he confirmed to Billboard. “2023 is for me, for my physical health, my emotional health to breathe, enjoy my achievements. We’re going to celebrate. Let’s go here, let’s go there, let’s go on the boat. I have a couple of sporadic commitments, and I’ll go to the studio, but there’s no pressure. Remember yourself, cabron. You’ve worked your a** off.”

“I’m at a point where, no matter what happens, I’m not looking for anything to happen,” the “Titi Me Pregunto” crooner continued. “For example, I wasn’t looking for a collab with Drake. It was very spontaneous. Now it’s different. Now everybody, the biggest artist you can think of, wants to collaborate with me.”