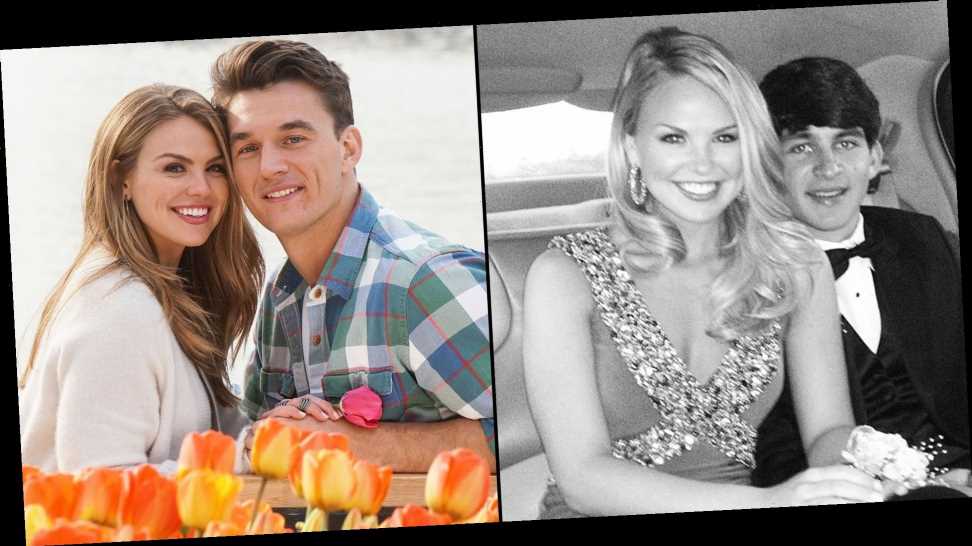 On the hunt for love! Hannah Brown has had a few long-term and high-profile romances while looking for The One.

The former Bachelorette had two seemingly serious relationships before being thrown into the spotlight on season 23 of The Bachelor in 2019. Brown dated her high school sweetheart, Brandon Hall, well into her college career at the University of Alabama before spending time with Austin Williams for roughly one year.

After competing for Colton Underwood’s heart on reality TV, she was cast as the Bachelorette in March 2019. The former Miss Alabama made headlines for the rocky end to her season, in which winner Jed Wyatt’s past relationship drama caused her to call off their engagement.

Brown opened up about her heartbreak five months after her May 2019 proposal, telling Marie Claire, “I am totally OK on my own. I don’t want to have to have a man to feel whole. It’s not that I need that to feel like I have a full life. No, I have a full life.”

The Dancing With the Stars winner caused a stir when she asked Bachelorette runner-up Tyler Cameron on a date after reconnecting on the After the Final Rose special in July 2019, shortly after announcing she was single.

The pair’s continued friendship has sparked romance speculation on and off for years. After the duo quarantined together for two months in the spring of 2020 amid the coronavirus pandemic, Cameron told Us Weekly where they stand, saying they are just friends.

“We’re in a great place right now with each other and it’s great to be able to hang out, you know, grab dinner, it’s fun,” the model exclusively told Us in October 2020. “Hannah’s an amazing person and it’s good to be in a better place than we’ve been.”

With all the ups and downs in their relationship, Cameron only has one regret about his time pursuing Brown on the ABC dating show.

“The only regret I had was not speaking to her night one, you know, that’s my biggest regret because it put me behind the eight ball,” he told Us. “My relationship started slower, you know, than everyone else’s. And so I think that could have definitely helped speed things up and get things rolling.”

In January 2021, Brown was rumored to have a new man in her life: Adam Woolard. Bachelor Nation identified the model as Brown’s possible new suitor after she posted a photo with a mystery man out in Nashville.

Scroll down to see which men have captured Brown’s heart over the years.