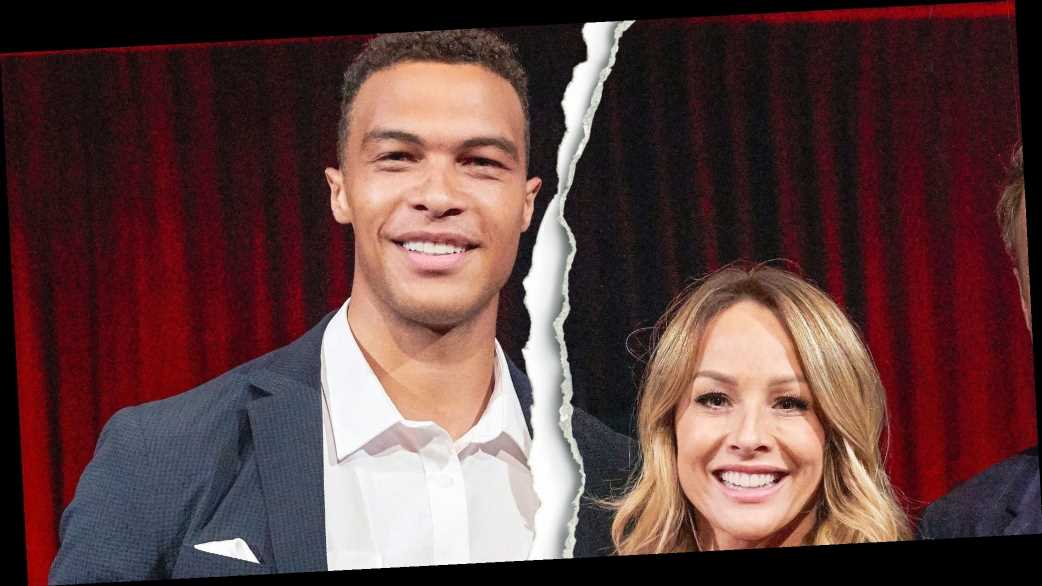 It’s over. Not everything is as it seems while filming at a secluded resort — something the Bachelorette’s Clare Crawley and Dale Moss may have learned quickly. The pair have split, a source confirms to Us Weekly.

Celebrity Splits of 2021: Stars Who Broke Up This Year

Although Crawley, 39, and Moss, 32, tried to work on their “serious issues,” they ultimately chose to go their separate ways, a source told Us on Tuesday, January 19. Moss confirmed the news via his Instagram, noting that going their separate ways was “the healthiest decision” for them both.

The athlete got engaged to the hairstylist during season 15 of The Bachelorette after less than two weeks of knowing each other. The Bachelor alum made history, ending her season early after forming such a close connection with Moss — a bond that began on night 1.

“It was breathtaking. It was one of those moments where you don’t know it until you experience it, what exactly that feeling is,” the Bachelor Winter Games alum told Us exclusively about the feeling she got when she met the model for the first time. “I still can’t put it into words what that feeling is though. It was when your body has that kind of, like, a goosebumpy reaction to things. It just takes your breath away.”

Because they formed such a close connection so fast, many assumed that the duo had spoken or met before the show began filming, a claim they both denied multiple times.

“Not one bit, not one word. I swear on my dad’s grave, not one single word, not one single contact, 100 percent. And that’s why I’m so into this,” Crawley told Chris Harrison after the engagement. “I’ve just spent years knowing what I don’t want, and it’s given me so much clarity coming into this — especially in quarantine — to focus in on what I do want. I feel like Dale is my match.”

On January 13, Moss revealed that he actually turned down the chance to appear on The Bachelorette — but couldn’t do that when he saw her as the lead.

“I could have never planned what happened because I was nominated. I never actually signed up. And I turned it down over, and over, and over again,” he said on the “Raising the Bar with Alli and Adrian” podcast at the time. “And I actually finally committed to it four days before everyone was supposed to leave for the show. And the only reason I committed to it was because Clare was announced as Bachelorette at that time.”

The pair were also talking about starting a family, something she shared on the “Bachelor Happy Hour” podcast in November.

“What I love about Dale is that nothing scares him,” she shared at the time. “I talk about babies all the time and he’s like, ‘Yeah, that’s what I want.’ I’ll remind him of things all the time, you know, ‘I’m not getting any younger!’ I’ll say things like that, and he’s like, ‘You think I don’t know this? Yeah, let’s do this.’”