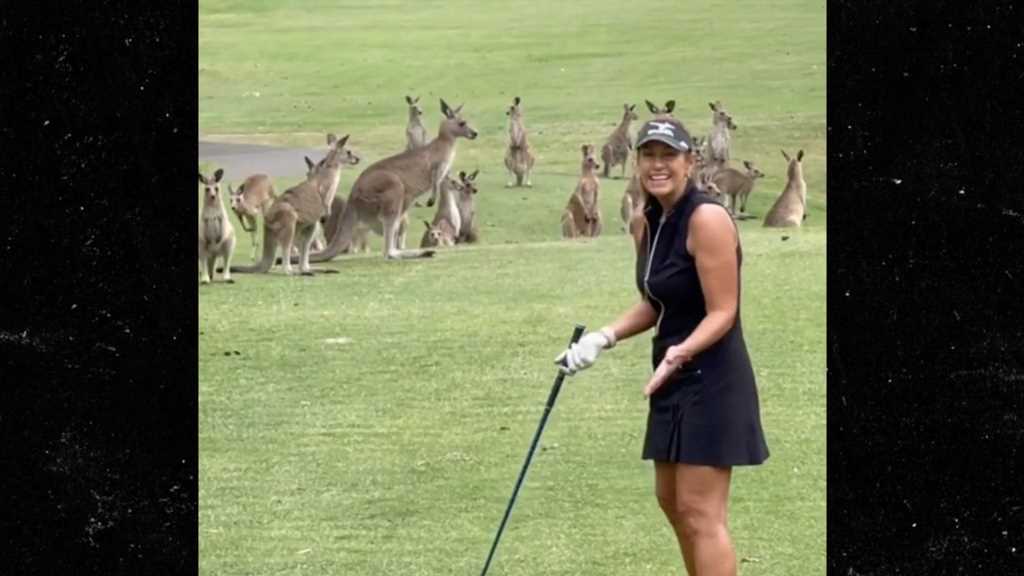 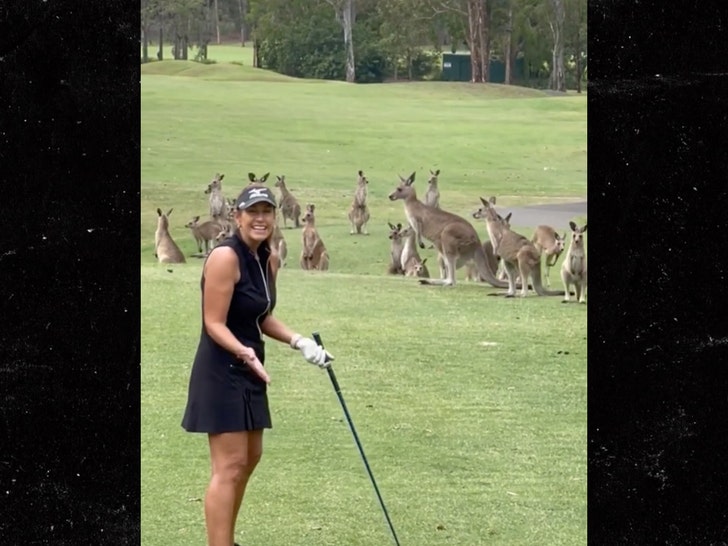 You’ve seen geese, gators and birds interrupting golfers on the course … but ever seen kangaroos do it?!?!

Well, it just happened in Australia … and the video is hilarious!!

Wendy Powick, an amateur golfer, shared footage of the incident on Monday … explaining she was teeing off at Arundel Hills Country Club (eight hours north of Sydney) when the large animals popped up.

The video shows Powick was just about to swing her driver on the 11th hole … when more than a dozen kangaroos charged right at her!

“Never ever seen this happen before,” said Powick, who laughed as all of the animals stared at her on the tee box.

“Absolutely gold and only in Australia,” she added.

Don’t worry, the kangaroos all eventually hopped away … and Powick was able to finish off her round.

“There’s a lot of them at this course,” Powick said of the kangaroos to 7News. “Usually they stick to the sides and watch you play.”