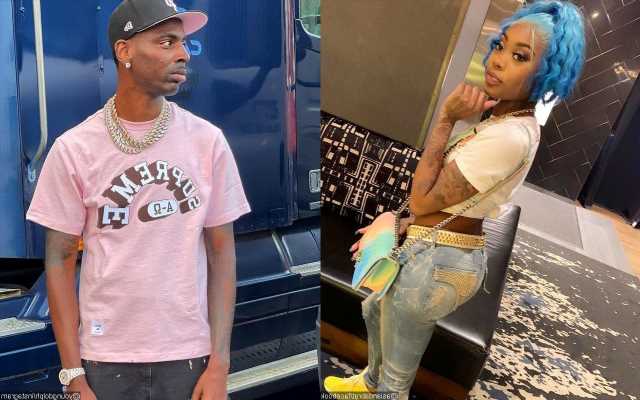 The 24-year-old ‘Poppin’ ‘ raptress is forced to defend herself after getting backlash on social media since she ‘always gotta make s**t about her’ in her tribute for the late rapper.

AceShowbiz -Asian Doll (Asian Da Brat) has been forced to defend herself amid backlash over her reaction to Young Dolph‘s death. Clapping back at her critics, the “Poppin’ ” raptress accused the trolls of trying to make her “look bad” by twisting her condolences for the late rapper.

“It’s literally people that get paid to troll & take anything I say twist it up & make me look bad & go viral on god,” the 24-year-old penned on Twitter. “So I don’t give a f**k nor will I let them win ima still be ME ima still say how I feel & im continue to live my life I’ll be dam if I let this s**t break me.”

Doll also addressed her re-surfaced tweet in which she called Dolph “trash.” “Didn’t wanna speak on it cause I was busy but the s**t y’all pulled yesterday was Lame asf pulling up a tweet 8yrs ago but no these cause I said I was going on tour with him y’all the real sick,” she argued. “Mfs no life mad at everybody but ya selfs NOTHING gone break me ima stand tall fasho.”

Doll drew backlash on Wednesday, November 17 after she reacted to Dolph’s passing. In her tweet, she said, “Dam dolph just asked me to go on tour with him in February & I said yes Dam man RIP.”

While someone unleashed a screenshot of her old “trash” tweet, another individual blasted her because she “always gotta make s**t about her.” The person went on to rage, “Like wtf does Dolph asking you to go on tour gotta do with his death? Like stfu and just pay your respects damn.”

A different user chimed in, “Asian doll goofy asf why did y’all give her fame, she just clout chasing she said young dolph was trash.” One person, meanwhile, opined, “Asian Doll going to change her name to Queen DOLPH shortly. She do anything for attention,” referring to Doll dubbing herself Queen Von in the wake of King Von‘s death.

Dolph passed away on Wednesday after he got shot in Memphis, Tennessee. At that time, he was shopping inside a cookie store when a gunman opened fire. His lawyer and friend Scott Hall told TMZ that he was in town for his Thanksgiving giveaway.

On Thursday, pictures of Dolph’s alleged shooters made their way online. The photos saw two men wearing face masks that obscured their faces, with one wearing a baseball cap and another putting on his hoodie. Both of them were pointing guns from the parking lot. Their identities, however, have yet to be unveiled by police.