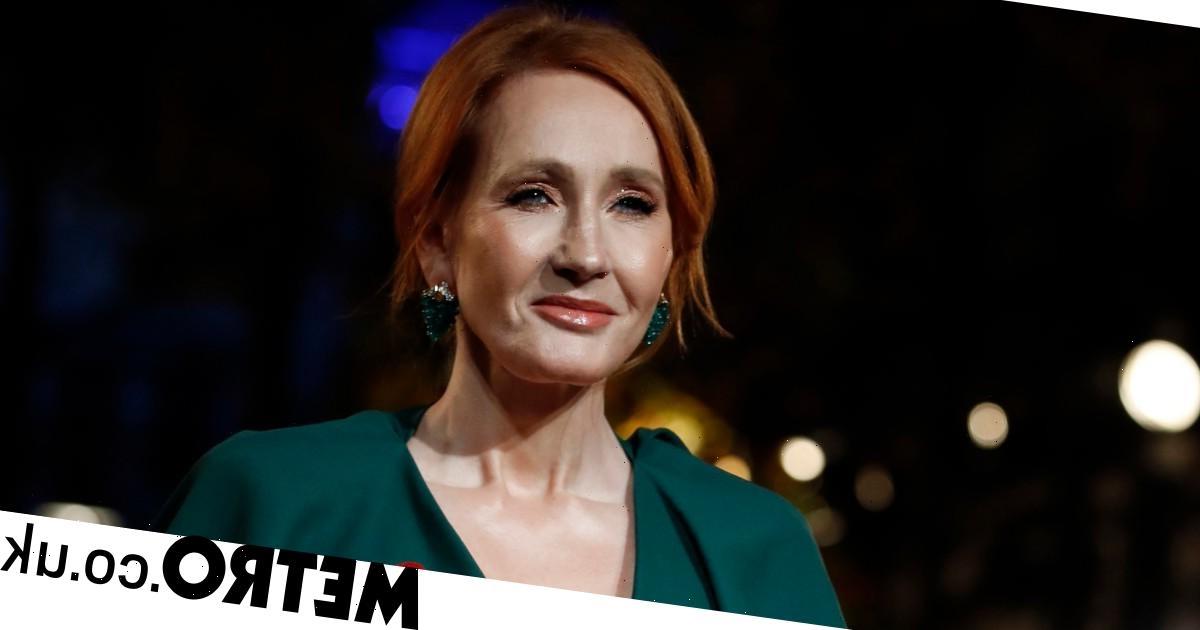 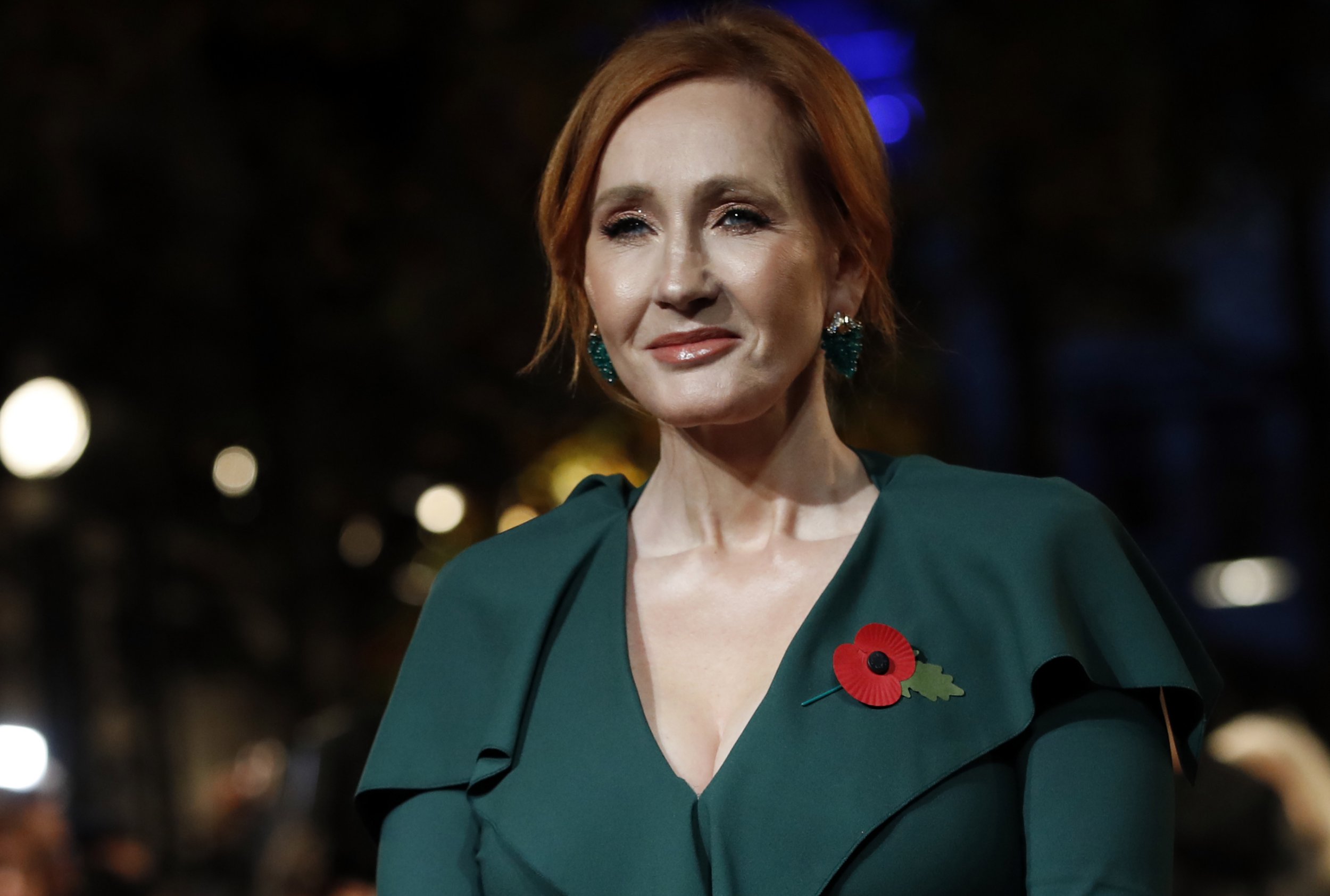 When I first heard the news that JK Rowling had reportedly been carved out of HBO’s new Harry Potter anniversary reunion, I wasn’t really that bothered.

It might come as a surprise to many, however, trans people like me do not spend every waking hour obsessing about what a high-profile author believes when it comes to the rights we should possess.

Last year, Rowling published a 3,690-word essay entitled TERF Wars, where she worried about the ‘huge explosion in young women wishing to transition’ because they identify as male.

She also stated: ‘I do not want to make natal girls and women less safe… When you throw open the doors of bathrooms and changing rooms to any man who believes or feels he’s a woman – and, as I’ve said, gender confirmation certificates may now be granted without any need for surgery or hormones – then you open the door to any and all men who wish to come inside.’

From what I have read of her writings on this topic, she seems – at best – misinformed. What she believes in the vastness of her multimillionaire mansion is between her and the bulrushes (a King Midas reference! Go Google!).

Now, whether she was left out of the new HBO Harry Potter special or simply decided she just didn’t want to be involved, again – who cares? And why are trans people always interrogated on whether she should be cancelled?

As someone who campaigns for trans people, I am concerned about real issues that have a real impact on individual lives.

It bothers me that the UK is increasingly considered to be failing trans people wholesale – whether we are talking discrimination in the workplace, hate crime (which has quadrupled over the last five years) or just waiting times for basic trans healthcare.

None of that will be influenced one way or another by how HBO deals with an author.

The UK is doing worse on LGBT+ rights than even five years back – and it’s not just me saying that. The International Lesbian, Gay, Bisexual, Trans and Intersex Association (ILGA) say so. Their annual report this year saw the UK – once the highest-ranked nation in Europe for LGBT+ rights – now down to number 10 (with a total score of 64%), slipping from ninth last year (66%) on a metric of a percentage ranking based on 71 LGBT+ criteria.

And in September, the UK was cited for its ‘baseless and concerning’ anti-trans rhetoric in a report on rising hate against LGBT+ people by the Council of Europe.

Which makes it especially ironic that the UK is set to host an international conference next year at which ministers will likely boast about how safe life is for LGBT+ people under this Government.

I guess if Boris Johnson can claim to be a friend to the climate, and host COP26, he can make similar claims for the LGBTQ community – despite his Minister for Women and (in)Equalities, Liz Truss, admitting she had ‘fundamental disagreements’ between her and Government’s LGBT panel members before it was disbanded earlier this year.

When it comes to authors, the age-old issue is about what a publisher, film company or other commercial enterprise should do when it turns out that one of their best-selling properties has feet of clay. Can – and should – you separate the artist from the art?

It happened with Philip Larkin, poet and English national treasure, perhaps best known for his declaration that ‘They f**k you up, your mum and dad. They may not mean to, but they do.’ Oh, what larks we had – back in the day – as English teachers tried to get an unruly class of 15-year-olds to consider those lines without smirking.

Except the real issue with Larkin was not obscenity, but the fact that it came to light – after his death – that he appears to have been a seriously obnoxious racist and misogynist, to boot.

I don’t like racism, sexism or any other form of hate. But should we abandon an author’s entire oeuvre, which remains every bit as quality, simply because we found out what they believed?

Personally, I think it is complex. We are not going to be re-habilitating the work of Gary Glitter or Rolf Harris any time soon. But should we abandon Charles Dickens because of the appalling way he treated his wife? I honestly don’t know.

Then there’s self-proclaimed anti-Semite, Roald Dahl. Or Hergé, who gave us Tintin, but who also, early in his career, gave us some quite grotesque racism courtesy of Tintin in the Congo, and who worked at right-wing newspaper Le Soir under the control of the Nazi party during World War II.

In the end, he was cleared of collaboration by a Belgian court: but that taint, from his early years, still colours later appreciation of his work.

There is no doubt that Rowling created a mythology and a universe that spoke for a long while to a certain demographic. Not just children, but to children who felt at odds with wider society. Her works spoke to the outsider and to those regularly othered. And yes, it spoke to queer kids, too.

Her subsequent writing has seemingly undone that – it has made it less safe for those children to read and like her.

But both HBO and Rowling are grown-ups. They perhaps recognise that disconnect and understand that the Rowling touch is no longer quite the blessing it once was. Not so much Cursed Child, as Children’s Curse.

Whether Rowling’s reputation has become more of a liability than an asset is a question for HBO.