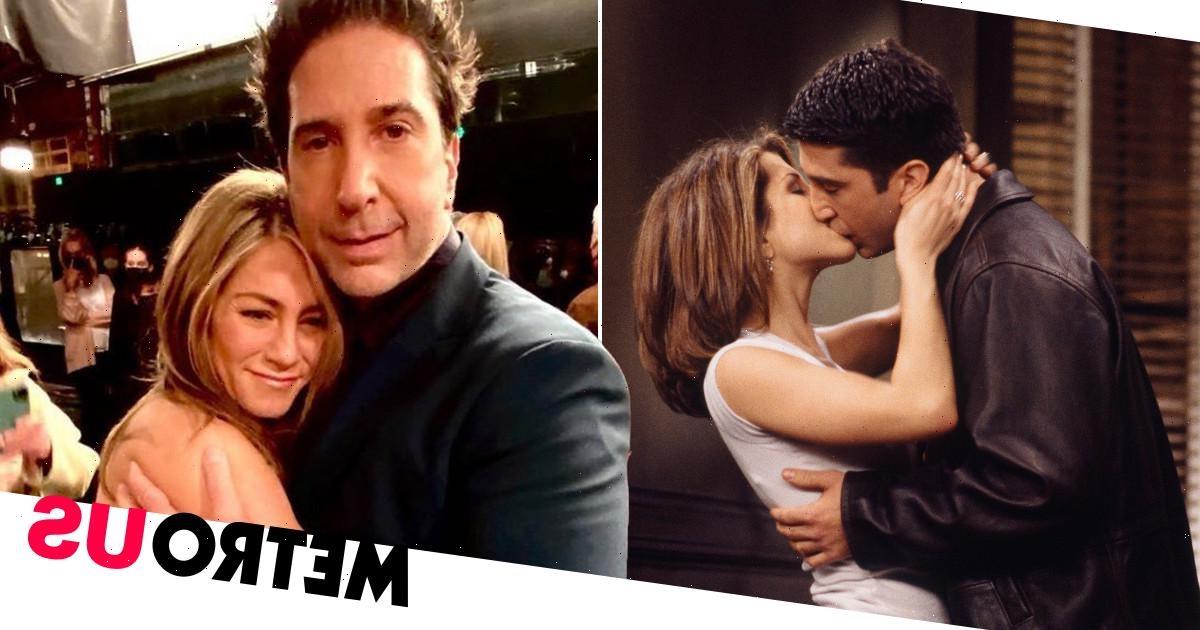 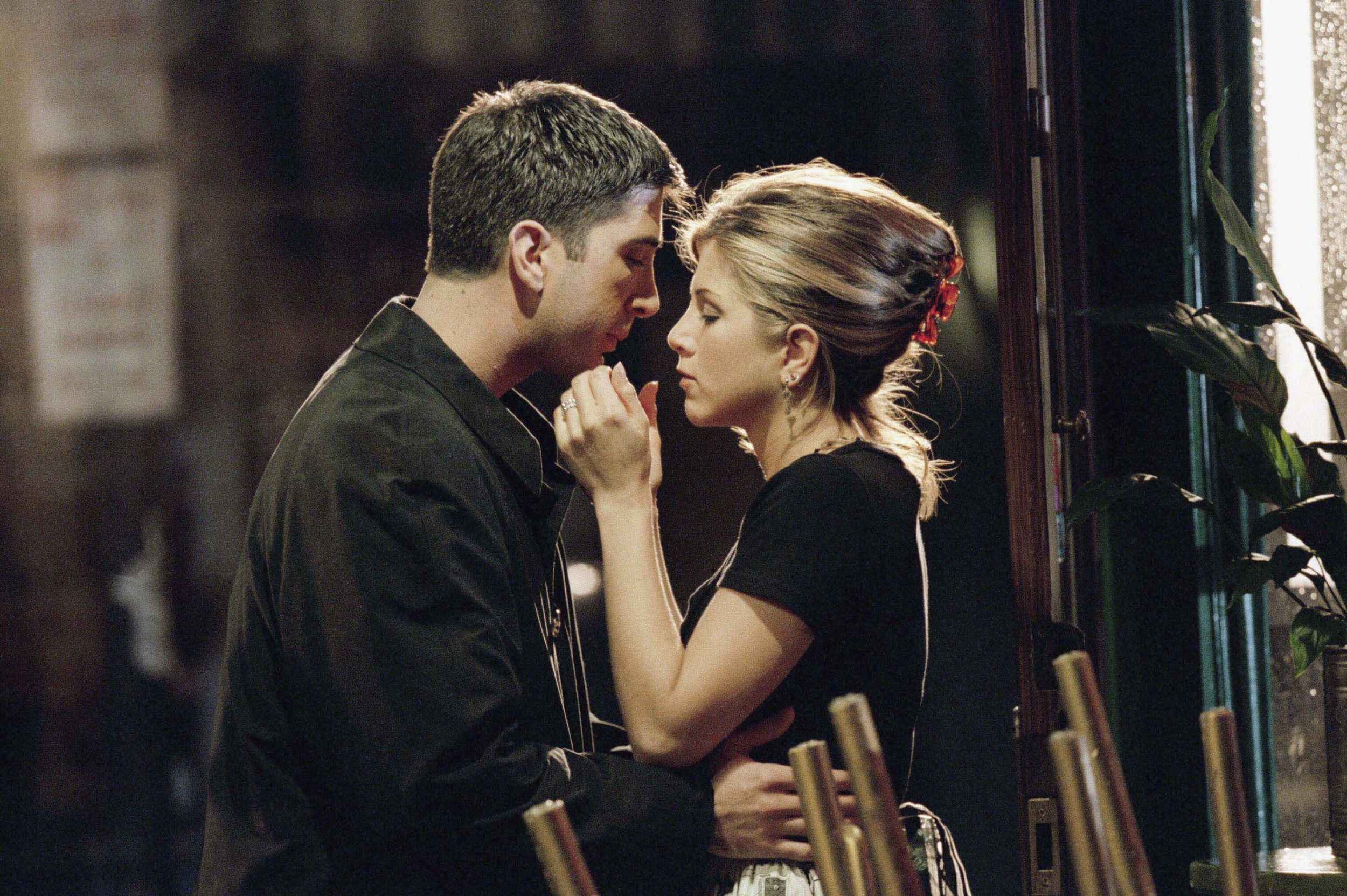 It’s been a wild year for celebrity romance – from the quite frankly sensational reunion of Bennifer, to Chrishell Stause dating Jason Oppenheim, to that Taika Waititi-Rita Ora-Tessa Thompson picture, a whole lot has been going on.

But all that pales in comparison to the suggestion that Ross and Rachel might be a thing IRL.

Joining the hall of fame of unsubstantiated rumours that have made us all lose our minds in hysterical joy, it has been claimed that Jennifer Aniston and David Schwimmer are dating after ‘growing close’ following the Friends reunion.

The report that caused Twitter to once again believe in true love came from the UK magazine Closer, with a source alleging that reminiscing over their reciprocal crush on the reunion ‘stirred up feelings for them’.

They said: ‘They began texting immediately after filming and, just last month, David flew from his home in New York to see Jen in LA.

‘They’ve been spending time at Jen’s home, where she’s cooked dinners in the evenings, and have enjoyed quality time together, chatting and laughing. They were also spotted drinking wine, deep in conversation, as they walked around one of Jen’s favourite vineyards in Santa Barbara, where it was clear there was lots of chemistry between them.’

Now, this is pretty much all we have to go on, and it’s not that much, but it’s no surprise that we’ve all leapt on the news and starting browsing online for wedding hats considering past dissections of Jennifer’s love life. When the actress was pictured embracing her ex-husband Brad Pitt at the 2020 Screen Actors Guild Awards, gossip lovers developed a collective bout of heatstroke in January and began to feverishly imagine Brad and Jen getting married for a second time – hysteria that was not helped by the exes acting out a masturbation fantasy scene in a table read for Fast Times At Ridgemont High.

Throw in Schwimmer and it makes it even juicier. Ross and Rachel’s will-they-won’t-they romance was the backdrop of many of our teen years, or 20s, or 30s, so the promise of that playing out in real life is like K-Stew and R-Patz dating for geriatric millennials.

They did have a crush on each other

While it was nice just to see the whole Friends gang back together again for the 25th anniversary reunion, the real bombshell of the special came when David and Jennifer admitted they had crushed on each other back in the day.

David, who played Ross Geller on the sitcom, said: ‘I had a major crush on Jen. It was reciprocated. We were both crushing hard on each other, but it was like two ships passing. One of us was always in a relationship and we never crossed that boundary.’

Jennifer, who played Rachel Green, added: ‘I remember saying one time to David, “It’s going to be such a bummer if the first time you and I actually kiss is on national television.” And sure enough, it was.

‘We just channelled all of our adoration and love for each other into Ross and Rachel.’

The pair never went any further than their crush, with Jennifer later telling Howard Stern: ‘He was lovely, David was great. But no, we never did, on my life. And Courteney [Cox] and Lisa [Kudrow] would know if it did because they would’ve heard about it. They can vouch for me.

‘Howard’s not going to believe me! I would proudly say I banged Schwimmer if that happened. But no.’

However, it’s clear the stars still have big love for each other, as made clear by a picture David shared from the set post-reunion of him cuddling his co-star.

The picture has now been deleted from his main grid – the intrigue.

They are both single

While relationships blocked their union while on Friends, both stars are believed to be single at the minute.

Jennifer was previously married to Brad Pitt between 2000 and 2005, until the golden couple split and Brad began a relationship with his Mr and Mrs Smith co-star Angelina Jolie, and she split from husband Justin Theroux in 2017 after two years of marriage.

Meanwhile, David divorced from wife Zoe Buckman, with whom he shares 10-year-old daughter Cleo, after seven years of marriage in 2017.

Basically, the stars are aligning for these two. Mystic Meg could never.

Days before the Closer report came out, Jennifer and David both tagged each other in Instagram posts.

OK, it was on sponsored posts for Friends merch bearing Ross and Rachel catchphrases like ‘We were so not on a break’ and ‘Lobsters’, so it’s not exactly a declaration of love, but Schwimmer wearing a ‘lobsters’ t-shirt with a silhouette of him and his co-star kissing? See! He’s her lobster!

A year of celebrity chaos

As wild as it is, Jennifer and David getting together would totally make sense in this year of celebrities moving mad.

We never thought we’d see the day when Jennifer Lopez would be having her bum patted by ex-fiancé Ben Affleck on a yacht again, but look at us now! Truly, anything is possible.

Poor Jen is linked to basically every man she’s come into a five meter radius of, and anybody who watched Friends in the 90s has become deeply involved in her love life and happiness. So when we see a fantastical love story, or make up a storyline in our heads, we all want to believe it is true – take the whole Brad Pitt reunion last year.

So, hysteria may just be clouding our judgement with this one.

Neither star has said anything, or been pictured together

The real kicker is that all we have to go on is those Closer quotes – no pictures of Jen and David strolling hand in hand in a vineyard, no cute comments on Instagram, no nothing.

So until Jennifer and David confirm or deny the rumours, we’ll just have to keep speculating. Well, it makes a change from arguing over whether Ross and Rachel were on a break or not.

Verdict: OK, so they’re probably not dating. But it’s been a tough year, let us have something nice.

Metro.co.uk has contacted reps for Aniston and Schwimmer for comment.