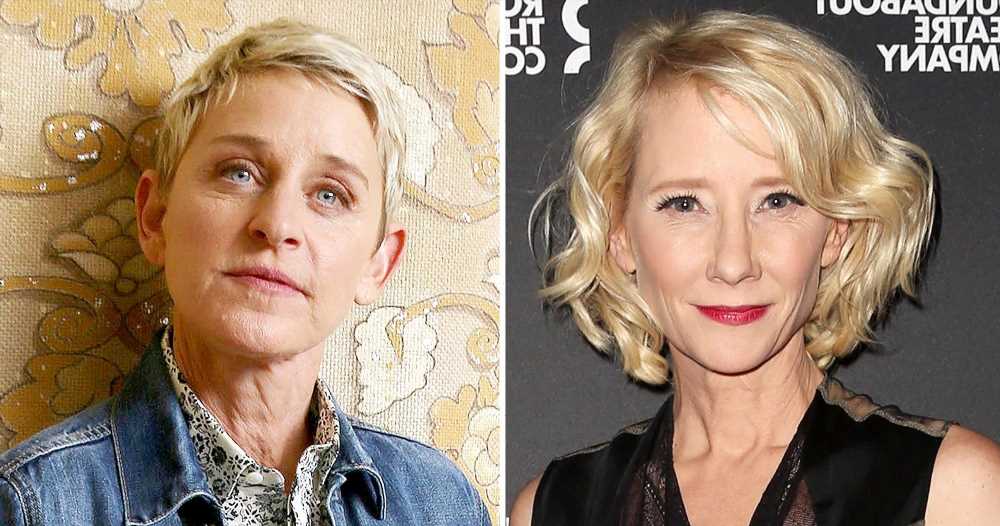 Fashion faux pas? Anne Heche looked back at some of her favorite red carpet moments through the years — and threw shade at ex Ellen DeGeneres in the process.

“Not a single regret!” the former soap opera star, 51, captioned a TikTok video on Tuesday, April 27, as she rated her “iconic” outfits on a scale from one to 10.

As photos flashed behind her, Heche paused on one snap from the 1998 Golden Globes, which she attended with then-girlfriend DeGeneres, now 63. The daytime talk show host wore a navy blue suit and held hands with the Tony nominee, who donned a crushed velvet gown and sheer overlay. 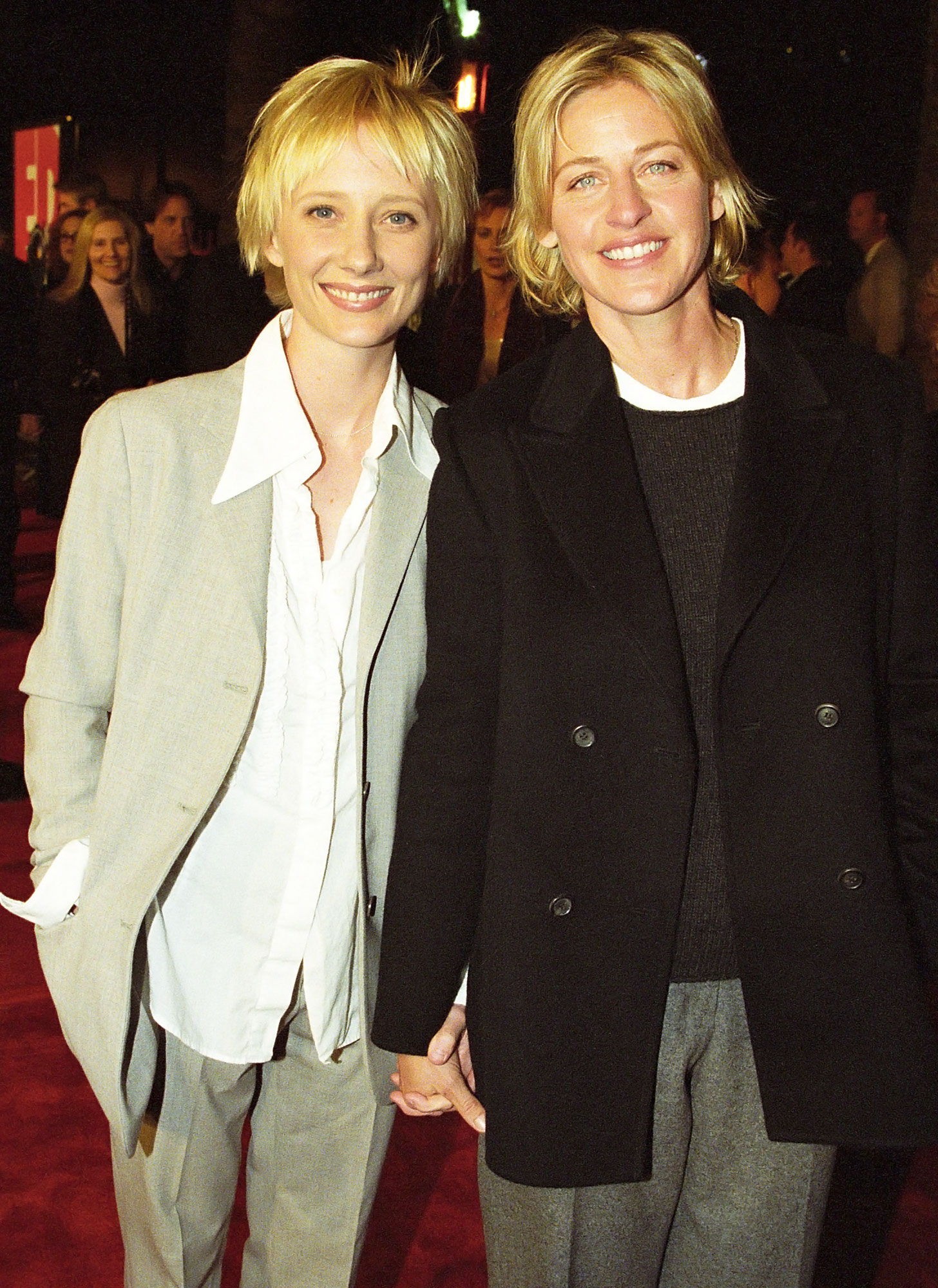 “Why do I look like a hippie? It’s because Ellen didn’t want me to dress sexy,” Heche said in the video, giving the ensemble a zero out of 10 and a big thumbs down. (Us Weekly reached out to DeGeneres for comment.)

The exes dated for three years before calling it quits in 2000. Throughout the course of their relationship, the pair were subject to widespread media attention as it was uncommon at the time for two women to go public with a same-sex romance. Nearly two decades later, Heche reflected on how meaningful it was to have DeGeneres by her side.

“Our time was a beautiful part of my life and one that I wear with honor,” she told Mr. Warburton magazine in September 2020. “I was a part of a revolution that created social change, and I could not have done that without falling in love with her.”

The I Know What You Did Last Summer star added, “I’m proud to have been part of a revolution that helped move equality forward, but there is still work to do.”

While competing on season 29 of Dancing With the Stars, Heche admitted that her past with the Finding Dory star “changed [her] life forever” — but it wasn’t all positive. 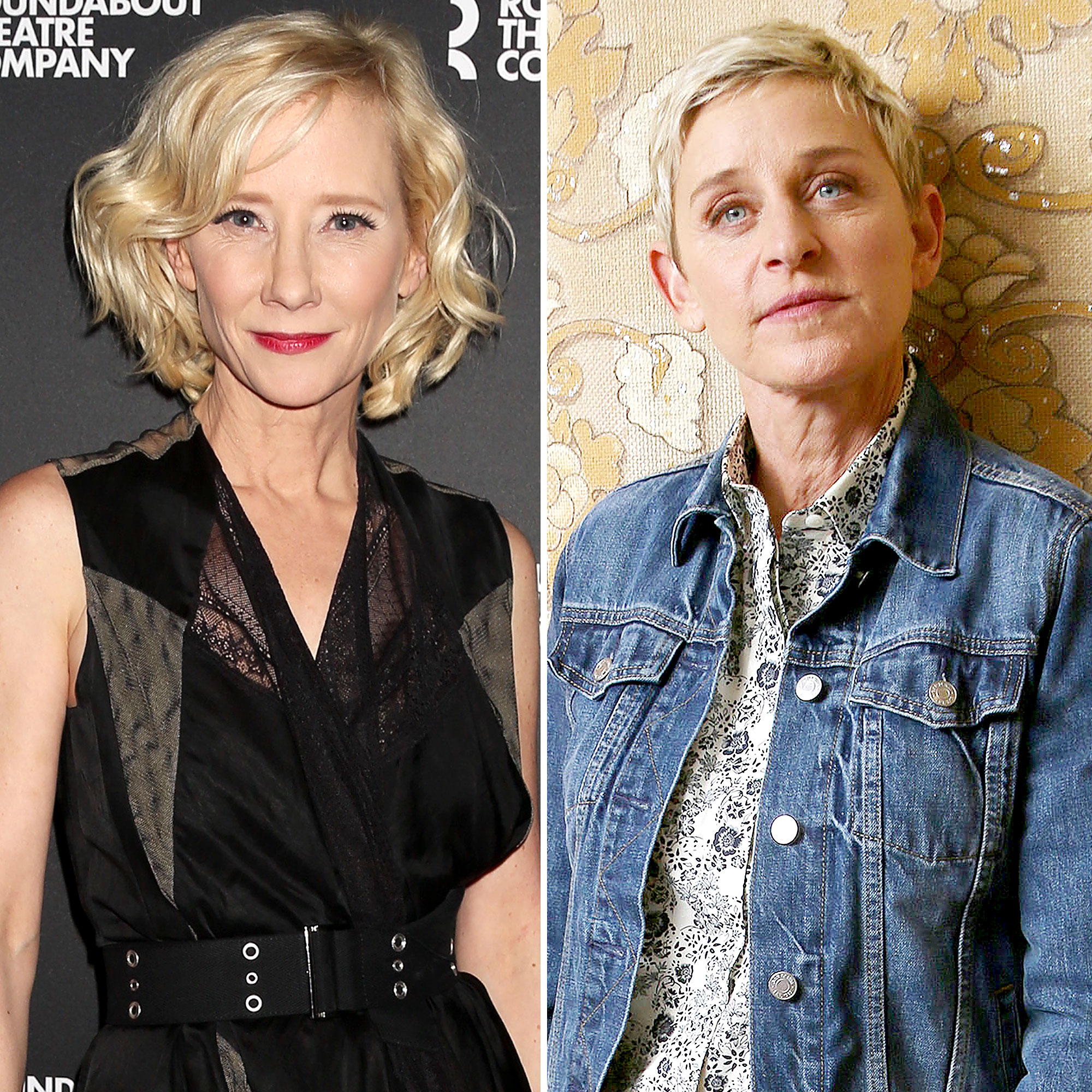 “I was in a relationship with Ellen DeGeneres for three and a half years and the stigma attached to that relationship was so bad that I was fired from my multi-million dollar picture deal and I did not work in a studio picture for 10 years,” the actress said while rehearsing with partner Keo Motsepe in an October 2020 episode, noting that the comedian had warned her about the backlash they might face.

Following her split from DeGeneres, Heche went on to tie the knot with James Tupper in 2007. The pair split in 2018. The Carol Burnett Award winner, for her part, married Portia de Rossi in August 2008.

“She’s very, very funny. She makes me laugh, which is really important,” DeGeneres gushed about the Arrested Development alum, 48, during an appearance on David Letterman‘s My Next Guest Needs No Introduction in 2019.

Though the pair have been solid for more than a decade, de Rossi previously told Us that there was one surprising thing that made them finally feel like they’d found their place in the world.

“The divorce rumors came and then we really knew the perceptions had changed,” she exclusively revealed in June 2018. “I’m not kidding. I know it sounds ridiculous, but when that started happening I thought, ‘Oh, now we’re finally accepted.’ We get the same s–t as every celebrity couple.”