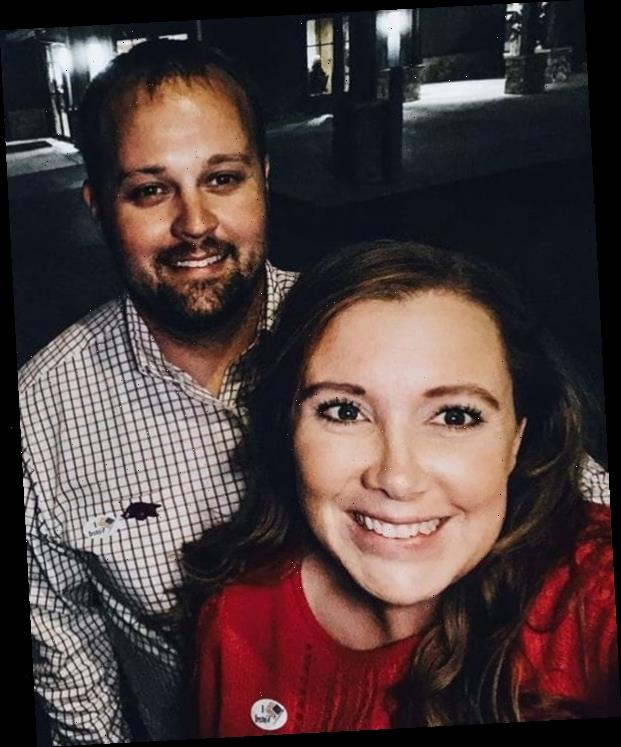 Here’s the thing about social media:

People pretend to live their best lives on it.

They are not their true selves on the platform, no matter what they wrote or which photos they upload.

Anna Duggar probably fantasizes about life at a stay-at-home mother to six beautiful kids, supported by a loving and loyal husband like she always dreamed.

We’re certain this is the image she wishes to spread around the Internet, you know?

Most observer know better, however.

They know that Anna’s husband, Josh, had confessed to both molesting his own sisters when he was a teenager and also to cheating on Anna — multiple times, as a client of the adultery website Ashley Madison.

We say all this due to what Anna has now said on Instagram.

The former reality star has updated her biography to now feature this description:

I’m a Christian. Happily married and have six beautiful children!

As you might expect, this is the part that has garnered quite a bit of backlash and quite a few comment who are aghast Anna would dare make such a claim.

“She’s brainwashed into thinking she’s happy living in a shed with her child molester cheater husband. If she isn’t happy, then she believes it’s because God is testing her,” one user wrote on Reddit.

“She’s not genuinely happy but she’s so brainwashed into believing a perfect wife is happy so she chooses to act that way.”

This is a fairly common refrain among Duggar Family critics.

They believe Jim Bob and Michelle find lonely women, who are often part of strict and very religious families themselves, and essentially arrange for these women to marry their sons.

The women have been taught from an early age that they have one job and one job only:

Well, make babies and support their husbands, we suppose.

You could call it two jobs.

This exact rumor and/or theory has just recently sprung up in regard to Justin Duggar getting engaged to Claire Spivey.

Is there any chance Jim Bob isn’t behind the eventual marriage of these teenagers?!?

She ought to be able to think for herself and an endless array of followers out there can’t comprehend how she didn’t therefore divorce Josh after the scandals cited above.

He groped his own sisters! He slept with other women who he had only just met online!

Does it make Anna strong and admirable for sticking by his side, as some have argued? Or weak and pathetic?

This is a debate folks continue to have, although most people end up going with the weak, pathetic or “brainwashed” option.

“Anna’s life seems very sad to me,” reads another remark on Reddit, which seems like an inarguable point.

Anna and Josh got married the knot in 2008 and welcomed their sixth child in late 2019.

They no longer appear on Counting On and appear to be struggling to such an extent that they now live in a shed.

In 2015, Josh confessed to having an affair, after reports that he had subscribed to the Ashley Madison infidelity website.

“I have been the biggest hypocrite ever,” he said at the time, adding:

“While espousing faith and family values, I have secretly over the last several years been viewing pornography on the internet and this became a secret addiction and I became unfaithful to my wife.”

In related and disgusting news:

She eventually dropped the lawsuit.

And Josh has denied all of her allegations.

Duggar Wedding Photos: So Many Nervous Virgins Ready to Take the Plunge!Start Gallery