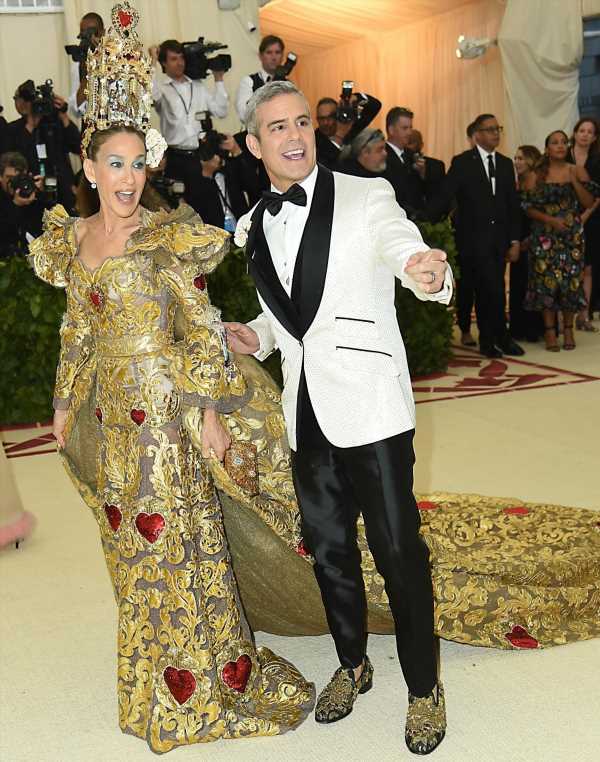 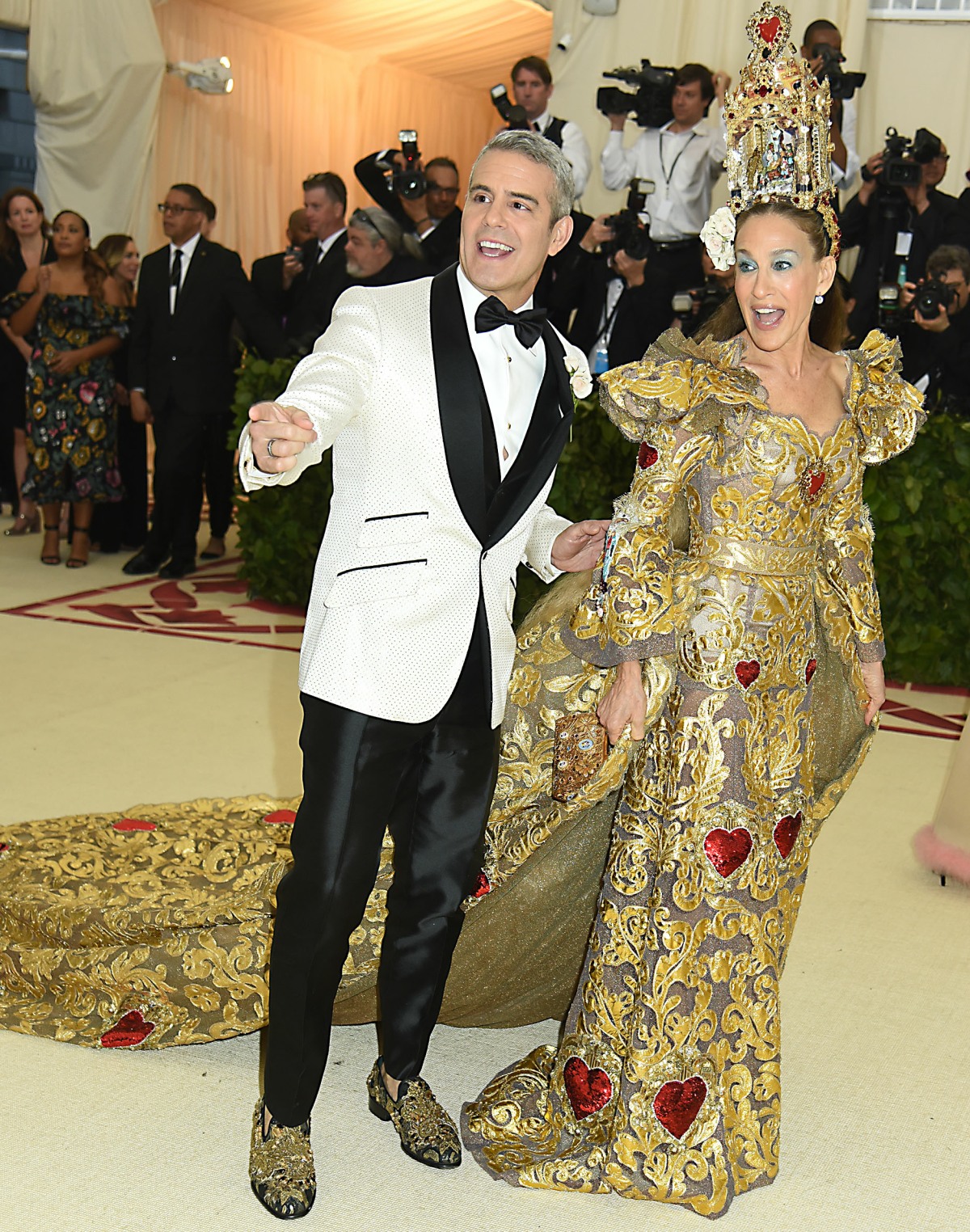 Even though there was always tons of drama with Sarah Jessica Parker’s Met Gala looks, in retrospect, they are pretty iconic. I can talk sh-t about SJP about a lot of things, but she really does know how to make an iconic style moment, both good and bad. SJP is a regular at the Met Gala and she’s attended nearly every gala for many, many years. None of the pageantry and Fashion Lyfe is her husband Matthew Broderick’s scene, so SJP has taken Andy Cohen as her date five times in recent years. Apparently, Cohen was asked if he’s already getting ready for an appearance at this year’s second-Monday-in-September Met Gala. Cohen was like “nope.”

Sarah Jessica Parker always makes a statement at the Met Gala, whether she’s showing up in a meme-worthy headpiece or hitting the red carpet in a divisive dress. But at this year’s American fashion-themed event, the ever-stylish “Sex and the City” star might be MIA — along with her BFF, Andy Cohen.

“I’m taking a year off,” Cohen, 53, told “Access Hollywood” on Tuesday when asked about his plans for the September shindig.

“My date is filming this year. She’s filming ‘And Just Like That…,’” he added.

Parker, 56, has attended the Met Gala with Cohen no fewer than five times in the past, and when the 2020 ball was canceled due to the COVID-19 pandemic, the pair still celebrated together — from a safe distance, of course.

This year’s gala is set for September 13, with Timothée Chalamet, Billie Eilish, Naomi Osaka and Amanda Gorman hosting. All guests will be required to show proof of vaccination, and must remain masked while indoors. The event usually takes place on the first Monday in May, but the first Monday in September is Labor Day — and as one insider told us, “Even Anna Wintour can’t change a federal holiday.”

But… but… SJP will want to promote the new series and what better way to do that than go the Met Gala and get all of the headlines for wearing something crazy? Maybe SJP just doesn’t like the theme this year (“American Fashion”) or maybe, IDK, she really will be filming. It’s weird. Can’t say I’ll miss Andy Cohen though. Apparently, the tickets have been sold out for a while, so it’s not like some last-minute guests will crash. I hope Bennifer already got their tickets. 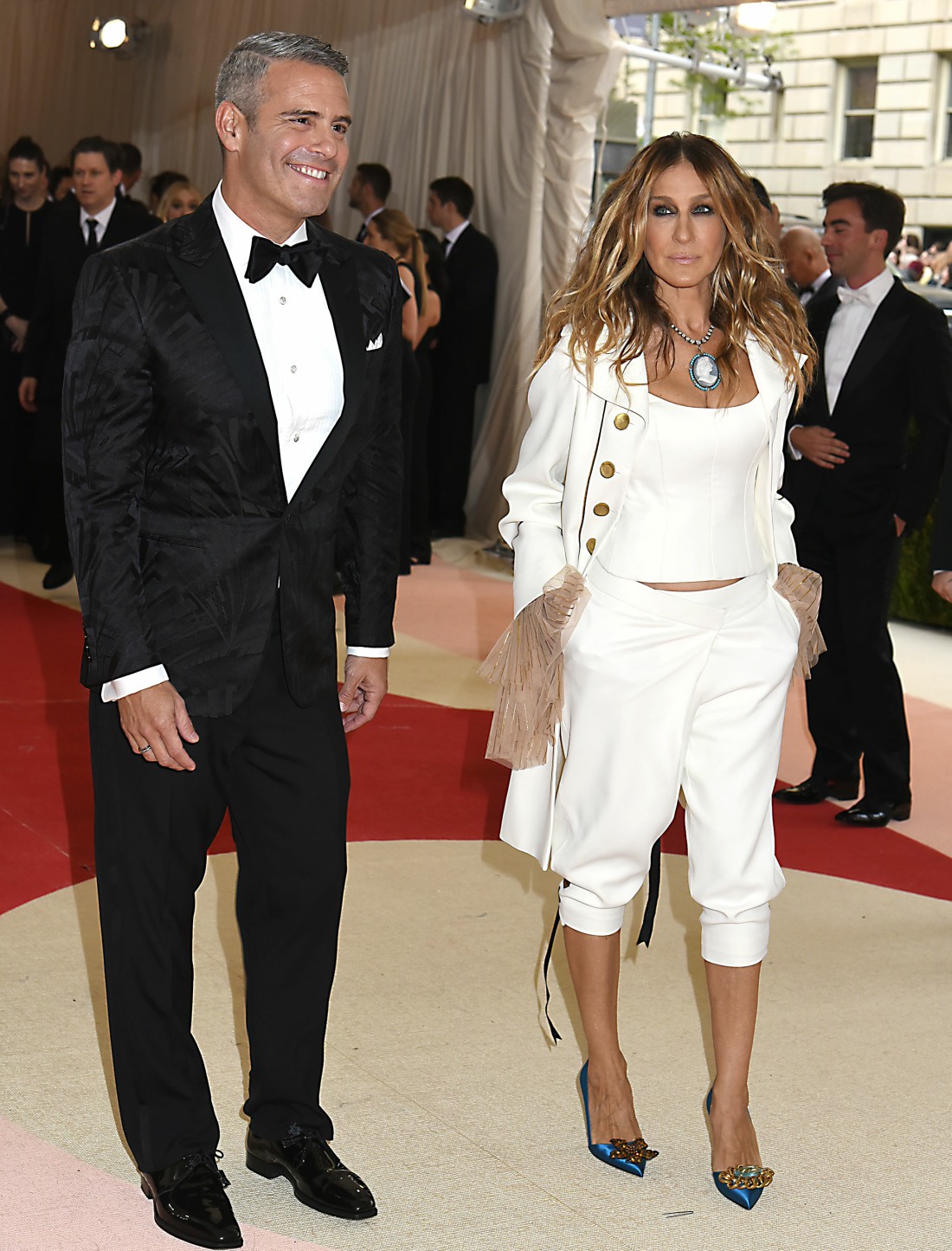