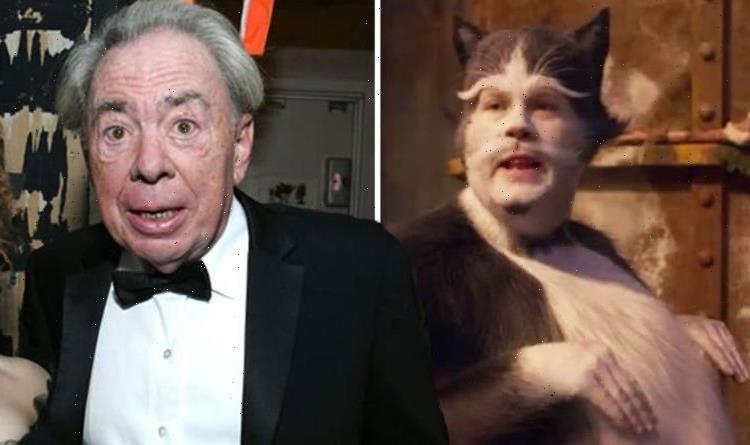 Lord Andrew Lloyd-Webber was left “emotionally damaged” by the star-studded adaptation of his classical musical, Cats. The British composer described the film as “off-the-scale wrong”.

Cats – starring Dame Judi Dench and Taylor Swift to name just a few famous faces – was released in 2019 but bombed at the box office.

Directed by Tom Hooper, it received overwhelmingly bad reviews from both fans and critics.

It was also named the worst film of the year at the 40th Golden Raspberry Awards.

Now two years after its release, Lord Lloyd-Webber – who composed the original 1980 musical – has slammed the film version.

The 73-year-old said: “Cats was off-the-scale all wrong.

“There wasn’t really any understanding of why the music ticked at all. I saw it and I just thought, ‘Oh God, no.’”

He continued to Variety: “It was the first time in my 70-odd years on this planet that I went out and bought a dog.

“So the one good thing to come out of it is my little Havanese puppy.”

He went on to explain that he had brought the dog with him to the US on a flight.

As a result, Lord Lloyd-Webber had to register the animal as a therapy pet.

He said: “I wrote off and said I needed him with me at all times because I’m emotionally damaged and I must have this therapy dog.

“The airline wrote back and said, ‘Can you prove that you really need him?’

“And I said, ‘Yes, just see what Hollywood did to my musical Cats.”

Lord Lloyd-Webber added: “Then the approval came back with a note saying, ‘No doctor’s report required.’”

He’s one of only 16 people who has won an Oscar, Emmy, Grammy and Tony awards.

Back in June, Lord Lloyd-Webber said he was “prepared to be arrested” amid government restrictions directed at theatres following the easing of lockdown rules.

The impresario’s West End production of Cinderella was scheduled to begin previews on June 25, four days after so-called “freedom day”.

“We are going to open, come hell or high water,” he told the Telegraph, at the time.

Lord Lloyd-Webber has previously insisted that productions like his are “impossible” under lockdown restrictions.