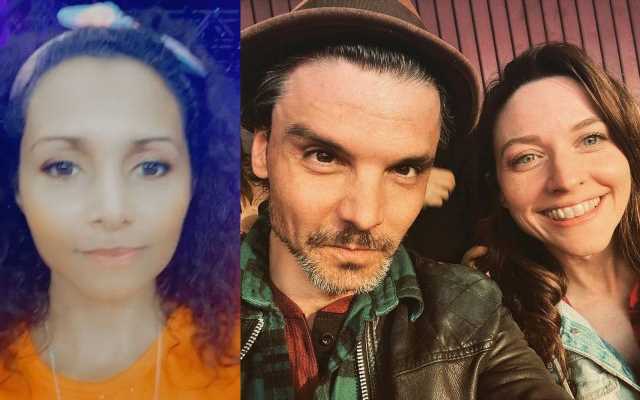 ‘The Crown’ actor is allegedly heading for divorce with Mariama Goodman after eight years of marriage following his public display of affection with new lover.

AceShowbiz -“The Crown” star Andrew Lee Potts and his 1990s girlband singer wife Mariama Goodman are reportedly ending their eight-year marriage. The split arrives after Andrew, 42, confirmed he is in a serious relationship with an actress named Katie Sheridan, 35, whom he has gone public with on social media and calls “my lady.”

After apparently not posting to each other on social media since 2020, Andrew and former Honeyz singer Mariama, who married in 2014 and share son Grayson, six, have now unfollowed each other and removed all romantic photos of each other from their feeds.

Reports the marriage is over come on Thursday, October 6 after the actor took to Instagram to share a photo of himself with Katie at a recent premiere for her latest film “Give Them Wings“, which he captioned, “Very proud to be by the side of this wonderful woman @KatieSheridan3, gives a fantastic performance in this movie. Red Carpet – ‘Give Them Wings’. Congratulations to all involved and lovely to see you last night. #Meandmylady.”

Andrew, who is set to star alongside Henry Cavill in the next series of Netflix’s “The Witcher“, also shares a step-daughter born to Mariama in 2011.

The actor was once engaged to S Club 7 singer Hannah Spearitt, 41, and has said Katie makes him “smile a lot.”

Along with being a member of Honeyz, Mariama Goodman is famed for being part of girlband Solid HarmoniE. Andrew and the singer started dating in 2014 and got married the same year. The pair are still to respond to requests for comment they have split from The Sun and Mail Online.

The actor went public with his relationship with Katie in February and posted images from their first holiday together in July, which he described as “special.”