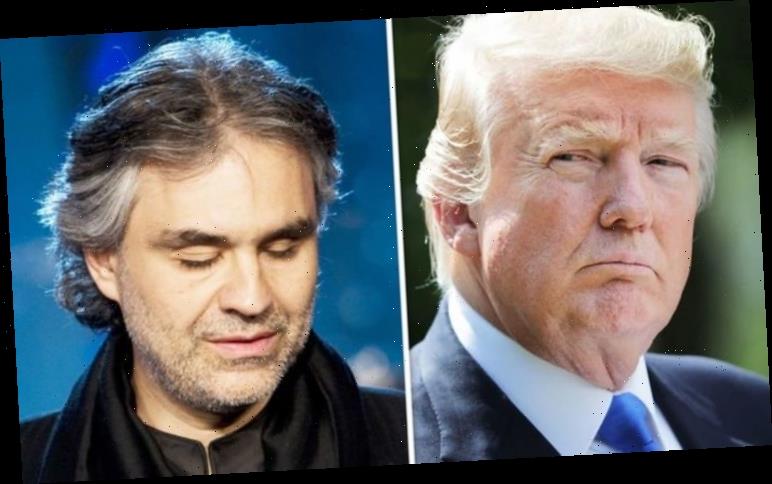 The Italian operatic legend has sold over 90 million records worldwide and is one of the most respected classic performers. Bocelli was invited to perform at Donald Trump’s inauguration after he beat Democratic candidate Hillary Clinton in the 2016 US election. But the star was forced to pull out after backlash to the offer, Hollywood insider Daphne Barak told Express.co.uk. She revealed how the artist was forgiven by the departing US leader, who recently lost to Joe Biden in the 2020 presidential race.

Ms Barak directed the documentary Trump VS Hollywood, which revealed the backlash suffered by celebrities who supported the Republican President.

She claimed there were “shocking and painful” accounts from a number of actors and stars, including Mr Bocelli, who inspired her to make the film.

Ms Barak told Express.co.uk: “Remember no celebrity wanted to be there but Bocelli was in conversation and suddenly [his wife] Veronica was on the phone with me in a panic.

“It was leaked to the press that he was considering performing and he started getting all of these threats – she was scared and felt he could not do it.”

Ms Barak felt compelled to cover how celebrities’ affiliation to Mr Trump had impacted their careers and lives in her documentary, which will be released in December.

After the backlash to Mr Bocelli’s potential involvement in the inauguration, she applauded Mr Trump for how he acted. 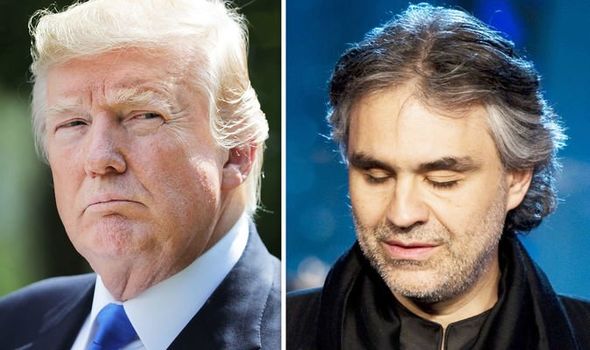 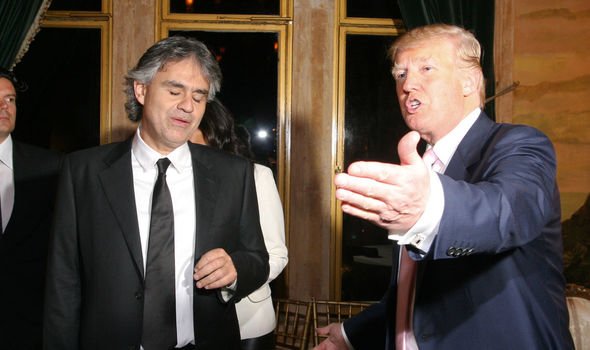 She told Express.co.uk: “I must commend Donald Trump, he was very gracious. Nobody likes rejection, and you know Trump doesn’t like rejection.

“He said ‘No, if they are under threat’, he was really very understanding so that’s what was in my mind.

“It was really bad but Trump didn’t think twice about it and said, ‘No, no, no’ and let them cancel.”

Ms Barak, who is a friend of Mr Trump, felt it “shouldn’t have been that way” and believed Mr Bocelli would have savoured such a big opportunity.

She told Express.co.uk: “He described what a special honour it was and the inauguration was supposed to be for all of America.

“Every four years almost half of America feels the wrong person has been chosen for the job but this time it was not only a logical difference but an emotional one too. 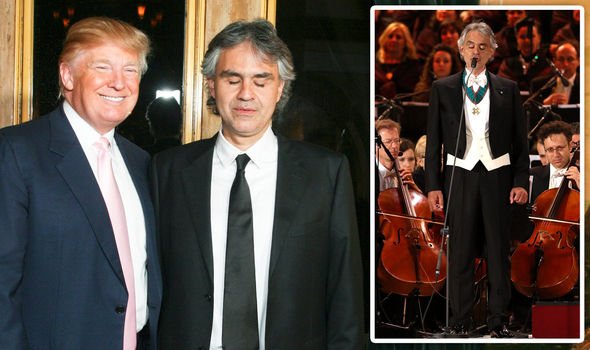 “Mr Bocelli had death threats but there were also threats to his future career – that his future performances would be cancelled.

“Andrea Bocelli’s are big shows, I’ve attended several and they perform with a 50-piece orchestra on stage in front of tens of thousands of people – you know that’s his life.”

Ms Barak interviewed actors on their experiences too and some felt they had been denied roles because they were Trump supporters.

Superman TV show actor Dean Cain claimed that his career was affected and stated: “If you can’t be friends with somebody because their political opinion is different than yours then you’re a bigot!”

Happy Days star Scott Baio also said: “It bothers me that people won’t speak to me because I’m a Trump guy… It’s so horrible.” 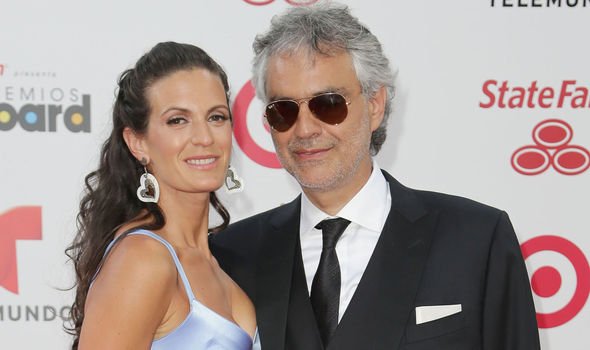 She felt that there was a deep divide in the US that needed to be repaired and that instead of using cancel culture tactics, people should respect and listen to one another’s opinions.

Ms Barak told Express.co.uk: “It’s not good, people have to be able to talk about everything – religion, politics and anything.

“It’s a completely different atmosphere and time to really sit down and not continue to be a divided America by a war of hatred.”

The hostile split in the US was addressed by President-elect Joe Biden in a speech this weekend, where he expressed his hope to end tensions and unify supporters on both sides.

He told the public: “We stand together as one America. We will rise stronger than we were before.

“It is time for America to unite. And to heal. We are the United States of America. And there’s nothing we can’t do, if we do it together.”

Ms Barak’s documentary Trump VS Hollywood is due to be released on December 14.