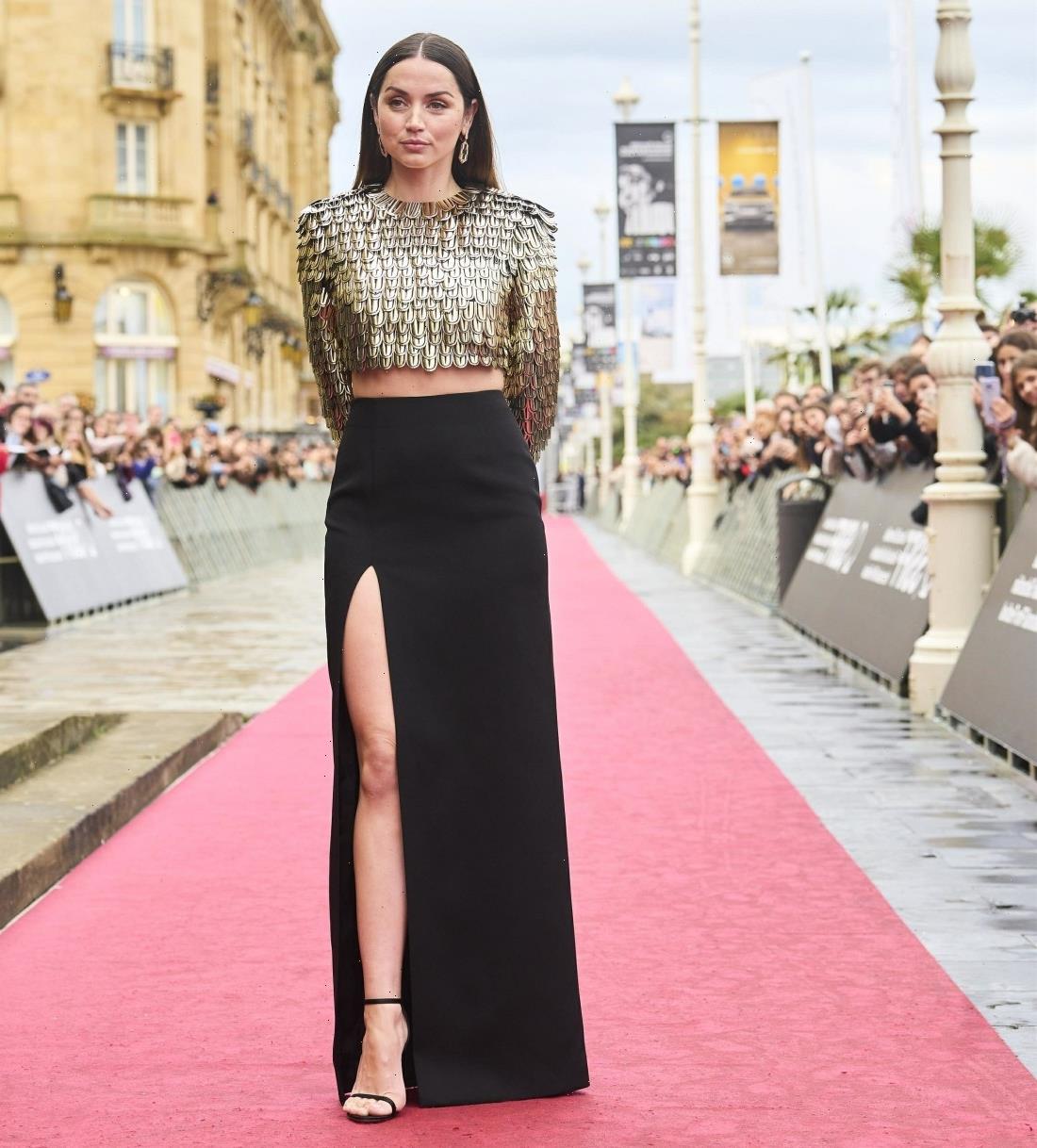 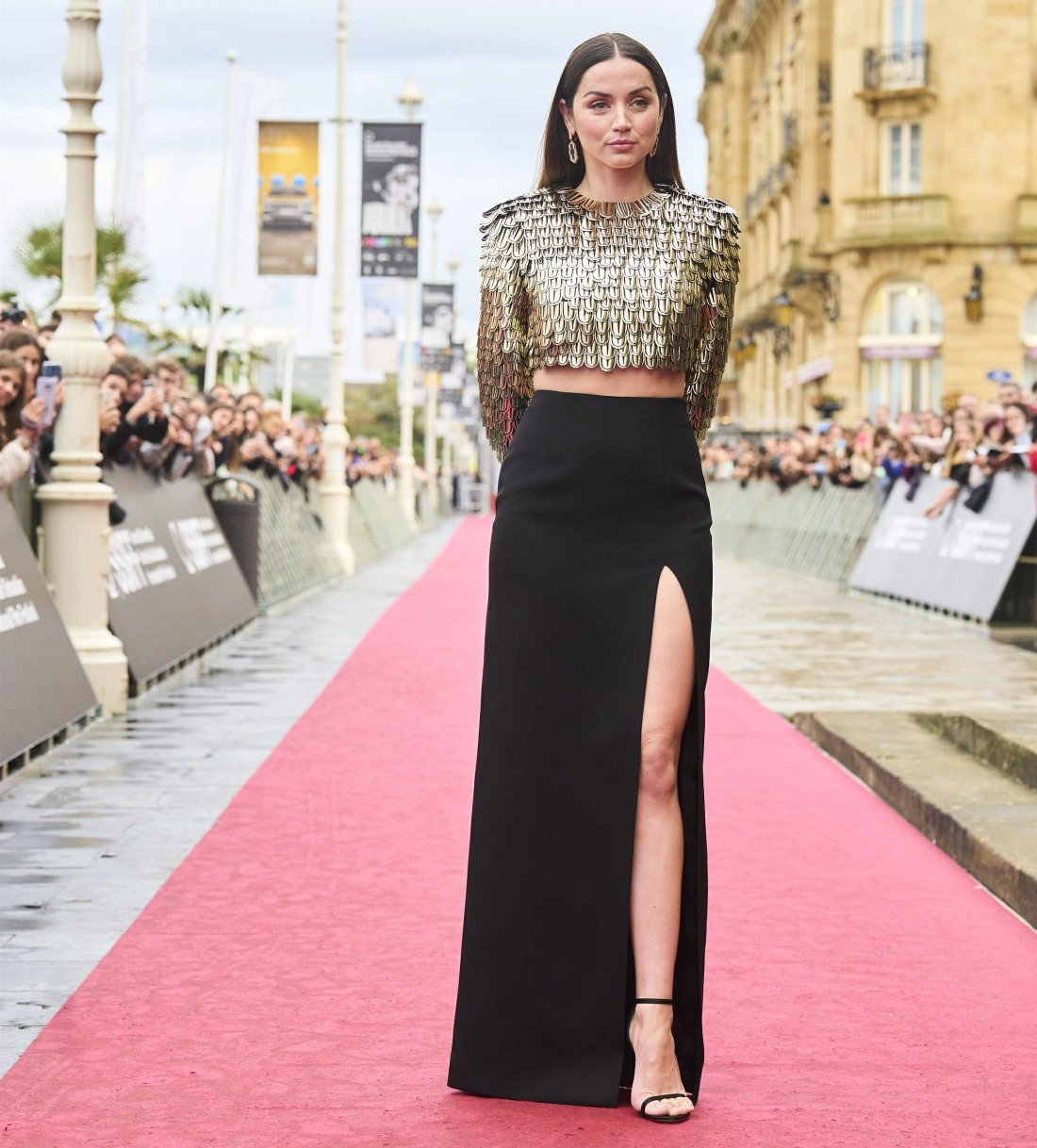 Here are some photos of Ana de Armas promoting Blonde at the San Sebastian Film Festival this past weekend. Both of her looks – at the photocall and premiere – are Louis Vuitton. I kind of like the gold top and I wish it was a cocktail dress rather than a cropped top. The black skirt is pretty meh with it. The trousers with the white blouse… that’s an okay look. It’s not what I would have selected for Ana, but it works on her. Anyway, Ana is promoting the hell out of Blonde and all of her interviews are kind of running together for me. She spoke to Entertainment Weekly about the NC-17 rating and how she actually didn’t feel exploited:

Ana on the nudity & the exploitation scenes: “It’s harder for people to watch [those scenes] than for me to make them, because I understood what I was doing and I felt very protected and safe. I didn’t feel exploited because I was in control. I made that decision. I knew what the movie I was doing. I trusted my director. I felt like I was in a safe environment. We had hundreds of conversations about these scenes. Everyone felt a deep respect for the movie we were making. And in that sense, I had no fear. I didn’t feel uncomfortable at all, even though they were really hard scenes.”

On the oral sex scene (a big reason for the NC-17 rating): “We actually did two takes of that scene only. We had an intimacy coordinator with us all the time, and she was very helpful. But I wouldn’t even say these scenes were more difficult than any other scene. It was just a part of a whole story. I knew exactly what the shot was going to be. I knew exactly what was going to be seen, what was not going to be seen, and it felt like it was the right thing to do.”

On Norma Jeane: “People have been ignoring the woman that was underneath the character. This character was created, and Norma Jeane was completely trapped inside her.”

Playing an icon: “It’s unfair for anyone to be put in a position of being an icon. People are less forgiving of things because you’re supposed to be perfect, and you represent this ideal of something that people want to be. It’s very tough to change that narrative.”

EW says the oral sex scene is in “extreme closeup” and that the movie also includes an abortion scene where they put a camera inside of her?? While I’m glad that Ana didn’t feel like SHE was being exploited, holy f–king sh-t. At some point, most actresses probably would have said “you know what, no, let’s not do it that way.” While I’m completely disturbed that Andrew Dominik has made an exploitative film about the ways in which Marilyn Monroe was exploited, I genuinely believe Ana de Armas was exploited here too – they used her unfamiliarity with Hollywood against her and made what amounts to Marilyn torture-p0rn. I’m also growing so very tired of Ana being sent out to defend the film and Dominik’s choices. Not to mention, producer Brad Pitt has been pretty f–king quiet about this too. 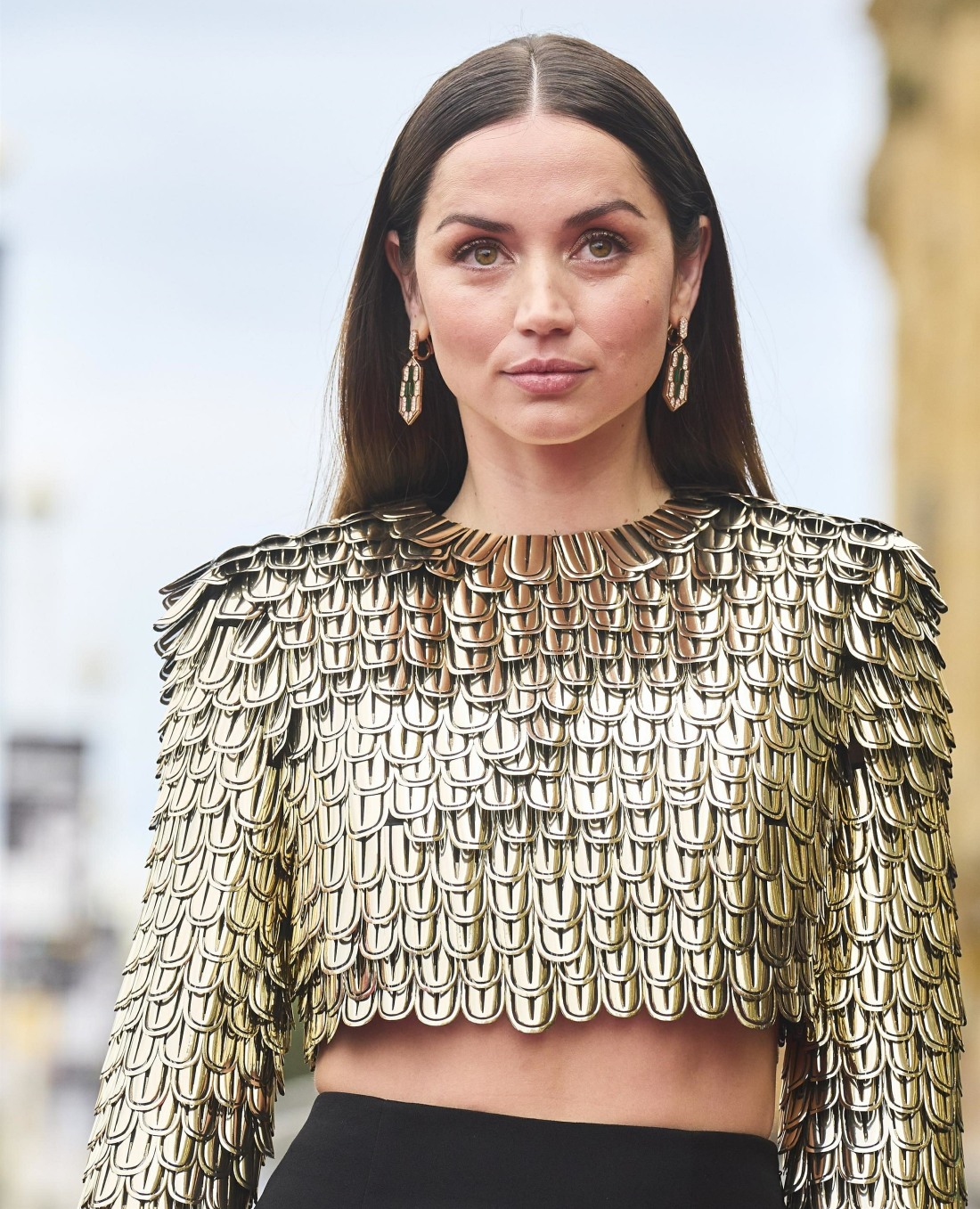 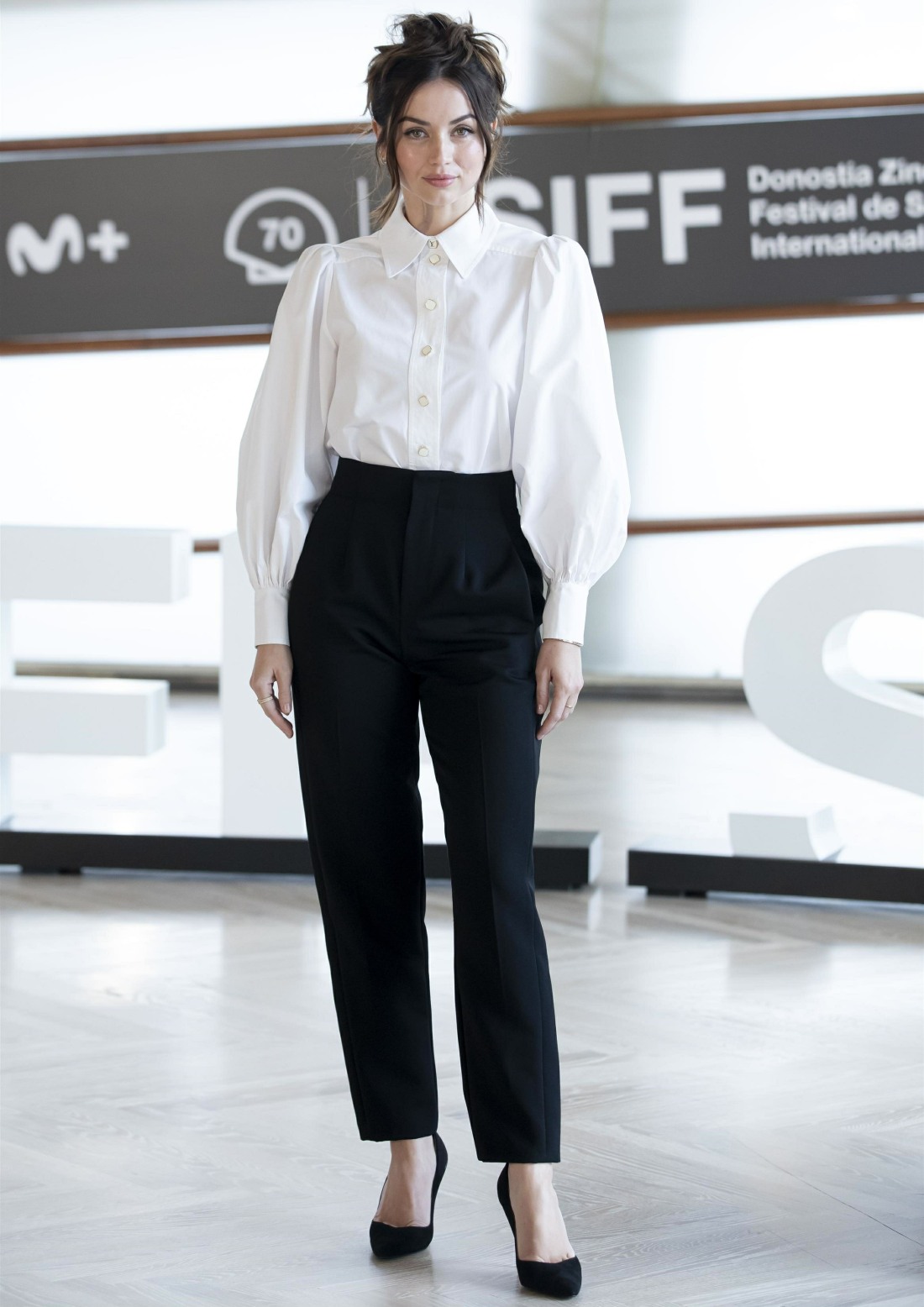