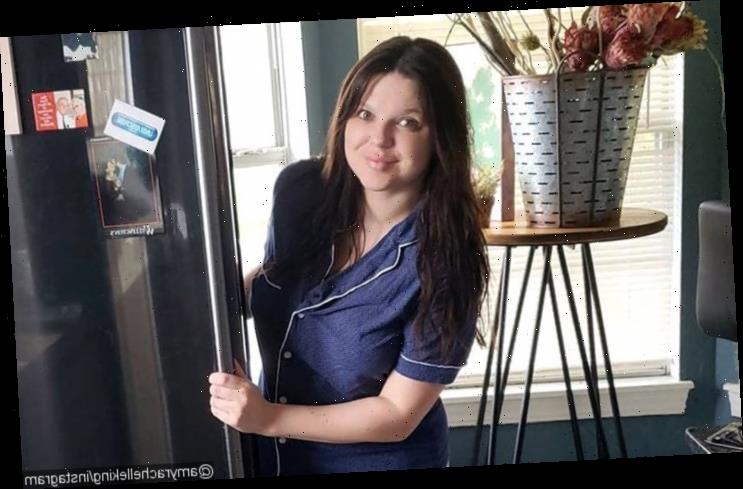 The niece of Jim Bob Duggar expresses her frustration at being compared to other women who have given birth to more than one child in their 20s as she admits, ‘I can’t imagine being pregnant again right now.’

AceShowbiz –Amy Duggar King has unloaded her feelings against a “stranger” online. Having received an unwanted message that told her to “pick up the pace” in having more kids, the former “19 Kids and Counting” star took to social media to rant against the person.

The 34-year-old took to Instagram on Sunday, October 18 to share a screenshot of a DM which she “tried so hard not to post.” In its lengthy caption, she wrote, “This is a message I received yesterday. I think what really got to me was the fact that this total stranger apparently knows my body so well!? and literally tells me that my body is ok to produce more [children].”

“Ready for my rant!? Of course you are!! First off I’m flabbergasted that someone would have the audacity to type these words to anyone!!” the mother of one continued venting her frustration. “I mean. Who in their right mind says ‘ I think your body is ready to pop out more kids’ to a total stranger?!”

The niece of Jim Bob Duggar went on to list a number of reasons why she still has only one child. Telling fans that she is still healing after giving birth to Daxton Ryan, her first child with husband Dillon King, she noted, “C- sections are no joke and vertigo is/ was very hard on me. I still get dizzy sometimes but I’m getting stronger everyday.”

“This pandemic has been so rough on so many people and my business has taken a hit just like so many others. I need to be on my A game. I need to give it my all . I need to stay creative and focus on 3130,” she added. “Children are such a blessing, but I can’t imagine being pregnant again right now. I’d be unmotivated, emotional, stressed out and not in a good head space and that’s ok to admit.”

Claiming to be a “very hands on mom,” Amy then pointed out that she did not want to “miss a thing” on her son’s growth. The reality star then pointed out, “A women’s body is not a factory!! Yes our bodies can do miraculous things! But I hate that phrase ‘pop out’ umm. No. It’s WORK. And our bodies go through alot!”

Amy further argued that some women, including her, “are designed not to have large families.” She stated, “Too much noise, chaos , it’s just not for me. But kudos to those mama’s who do! God gave you super human strength,” and concluded her post by saying, “It’s exhausting always being compared to other people. I’m in my thirties now, away from that show and I’m so over it. It just has to stop.”