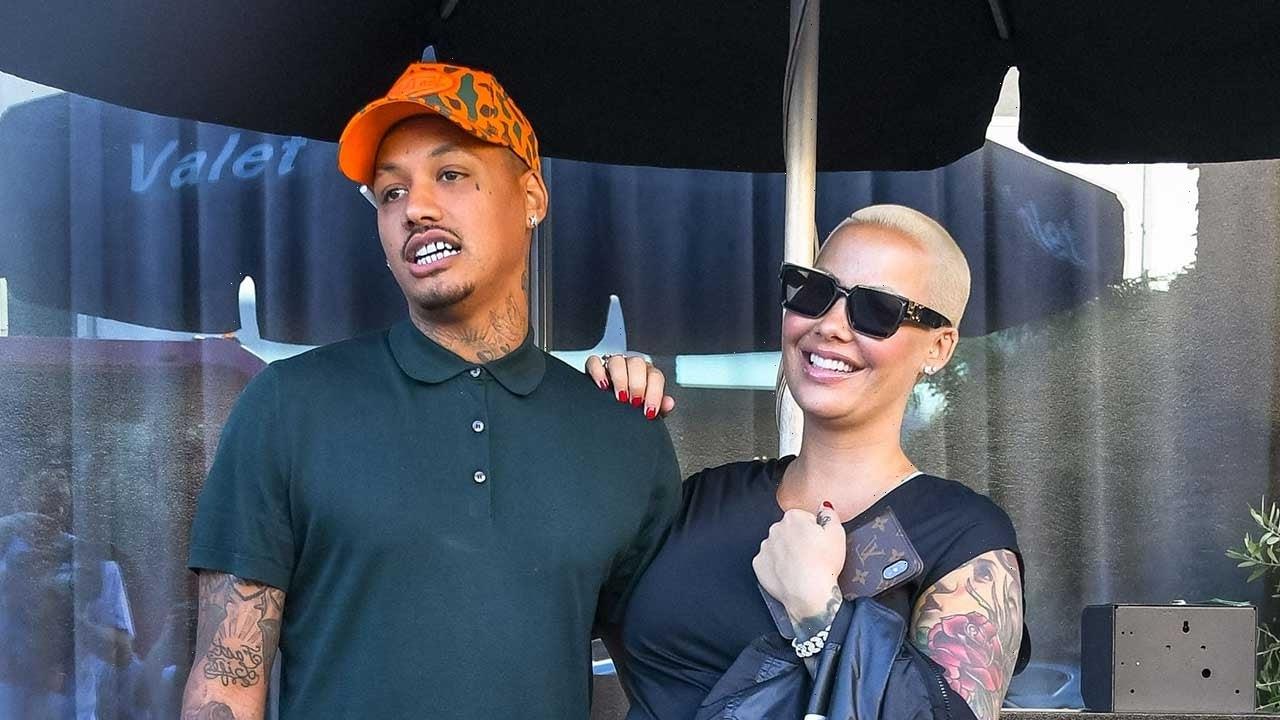 Amber Rose’s boyfriend has admitted to cheating on her with 12 women. After the 37-year-old model accused Alexander “AE” Edwards of infidelity, the music exec confirmed as much while speaking to BIG VON. ET has reached out to both Rose and Edwards for comment.

Rose and Edwards were first romantically linked in October 2018, though they’ve known each other for years. The model shares a 1-year-old son, Slash, with Edwards, and an 8-year-old son, Sebastian, with her ex, Wiz Khalifa.

Prior to Edwards’ admission, Rose wrote on her Instagram Story that she’s “tired of getting cheated on and being embarrassed behind the scenes.”

“All 12 of y’all bums (the ones that I know of there’s probably more) can have him,” she wrote. “Y’all very much knew he was in a relationship with a baby and y’all decided to f**k him anyway I saw all the texts and DMs. Y’all were well aware but y’all don’t owe me any loyalty so it’s whatever.”

“I can’t be the only one fighting for my family anymore. I’ve been so loyal and transparent but I haven’t gotten the same energy in return,” she continued. “I’ll never say the girls [sic] names because I’m not in the business of ruining lives but y’all know who y’all are. As for him… The lack of loyalty and the disrespect is ridiculous and I’m done.” 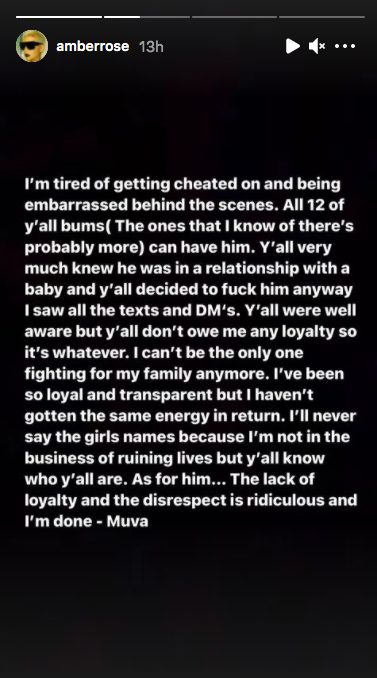 In another post to her Story, Rose wrote that she’s “tired of being mentally and emotionally abused by people that I love.”

“I’ve been suffering in silence for a long time and I can’t take it anymore,” she wrote. “That’s why I’ve been so quiet. I’ve been a shell of who I used to be but I refuse to let anyone damage me anymore. Family or not.” 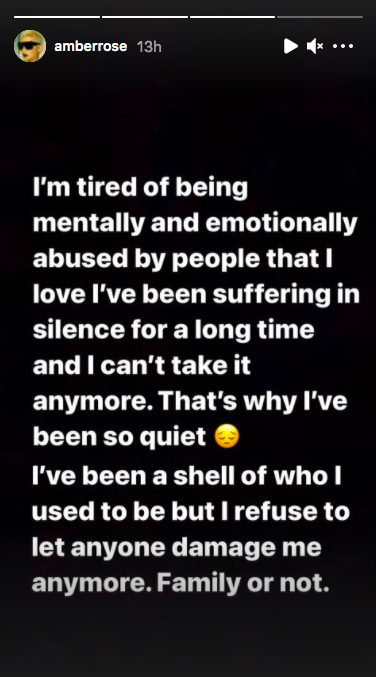 While speaking to BIG VON, Edwards said of his infidelity, “That’s me. I like women.”

“I don’t think anybody can be happy or successful if you’re not truly yourself… whether people understand it or blame you or wrong you for it, or criticize you, or critique you for it,” he said. “We are who we are, and that’s just who I am.”

“It’s not how she wants to be loved. She tries to put up with it and look the other way, and she couldn’t and I’m not mad at her, you feel me?” he continued. “She had enough, but at the end of the day, I’m me… B**ches like me, and I fall victim to this s**t. I get seduced.”

As for the future of their relationship, Edwards claimed that Rose texted him saying she’d take him back if he “apologized publicly and all this s**t.”

“She loves me and s**t. But I ain’t going to keep doing that to her, you know what I’m saying?” he said. “I could stop. I could give her a good, solid six months and just really deprive myself of my true nature for as long as I could take it, but I don’t want to live like that.”

“I don’t want to force it. I don’t want to keep putting her in positions… [where] she’s looking over her shoulder every time my phone goes off, thinking it’s number 13, 14,” Edwards added. “… I was being selfish. I did what I wanted to do. I moved how I wanted to move.”

In the end, Edwards said, “I love my woman, but I also love myself. That was the conflict, my desires. I would give in to my desires, and I desired other things at times.”