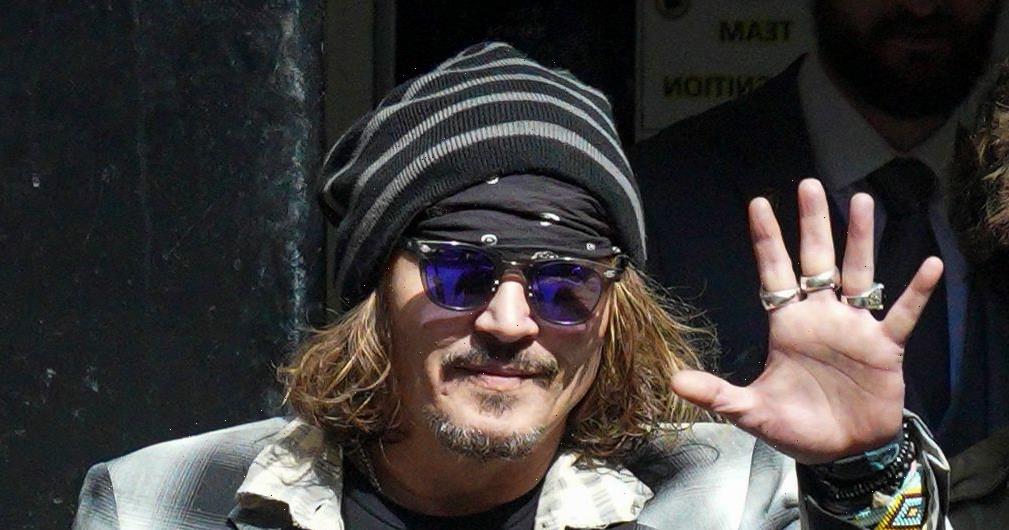 Amber Heard’s sister lashed out against MTV after the network incorporated Johnny Depp into the 2022 Video Music Awards on Sunday, Aug. 29, in the wake of his June defamation trial victory over Amber. The broadcast featured Johnny’s face edited onto the helmet of a floating astronaut, a la the awards show’s “Moon Person” trophies. “And you know what?” Johnny told the audience in a voiceover. “I needed the work.” During the trial — which featured Amber’s tearful testimony about the domestic abuse she allegedly suffered while married to the actor — Johnny’s legal team argued he’d lost millions of dollars in work as a result of an op-ed Amber wrote about having survived domestic abuse. She did not name him in the piece, but he was awarded more than $10 million in damages, while Amber won only $2 million in her defamation countersuit. After spotting Johnny’s cameo on the VMAs, Amber’s sister, Whitney Henriquez, posted “I stand with Amber Heard” on her Instagram Stories, according to People. “@MTV you’re disgusting and clearly desperate!” she wrote. “I really hope that none of the people that made this call have daughters….” Johnny has long maintained his innocence in Amber’s abuse claims.

Taylor Swift made history at the 2022 MTV Video Music Awards on Sunday, Aug. 28, when “All To Well: The Short Film” won Video of the Year, making her the first artist to snag the awards show’s top honor three times. But fans think the singerhad a different kind of history in mind when she announced in her acceptance speech that she’s dropping a surprise album, “Midnights,” on Oct. 21, which happens to be Kim Kardashian’s birthday. Though she didn’t mention Kim — or the fact that her latest Video of the Year title comes 13 years after Kim’s ex, Kanye West, interrupted Taylor’s first Video of the Year win — fans are now theorizing the release date is an intentional bit of Kim shade. (Some backstory: In 2016, Kim leaked a secretly recorded phone call in which Taylor seems to OK Kanye’s use of the lyric, “I feel like me and Taylor might still have sex / Why? I made that b**** famous” in his track “Famous.” Taylor has since said she didn’t know she’d be referred to as “that b****” in the song, while Kim’s leak sparked a long feud with Taylor, one the singer referenced on her 2017 album, “Reputation.”) Speaking to the VMA audience after her biggest win of the night on Sunday, Taylor said:”I had sort of made up my mind that, if you were going to be this generous and give us this, I thought it might be a fun moment to tell you that my brand-new album comes out Oct. 21.” She then promised to share more details “at midnight,” which she did an hour later on social media. Those details included a 13-song track list, with songs listed only as “Track 1, Track 2” and so on, that fans quickly identified as another Kimye feud reference, given the 13-year anniversary of Kanye’s VMA stunt. “Can’t believe 13 years after the vma incident taylor is announcing the release of Karma on kim kardashians bday,” on person tweeted. “It’s been 13 years since THAT Kanye-Taylor moment at the VMAs,” posted another fan, “and now Taylor decides to announce her brand new album with 13 tracks at the VMAs today that will be released on October 21st which also happens to be Kim K’s birthday. HER MINDDDDD!!!” According to Taylor’s post, the new album was inspired by “stories of 13 sleepless nights scattered throughout my life.”

RELATED: The best and worst fashion from the 2022 VMAs

Jennifer Lopez says a video that shows her serenading Ben Affleck at their wedding was “stolen” and “sold” before it popped up on TMZ last week. The singer reportedly responded after spotting the clip on an Instagram fan account. “This was taken without permission. Period. And whoever did it took advantage of our private moment,” Jennifer told @jlow0rld in a comment the fan site shared after taking the video down. “I don’t know where you all are getting it from bc we had NDAs and asked everyone to not share anything from our wedding. That is our choice to share. Anything I put out private is OnTheJLO and it’s to share w my fans. Which I will do when I am ready to,” the star continued, referencing her newsletter. “This was stolen without our consent and sold for money. Thank you for caring I love you guys.” The clip showed the bride performing a new love song — complete with backup dancers — for her groom at their weekend wedding celebration outside Savannah, Georgia, on Aug. 20. At one point in the clip, she invites the audience to join her for the refrain, “can’t get enough.” The Georgia festivities followed the couple’s announcement last month that they’d snuck off to Las Vegas to elope, 20 years after they first got engaged while dating in 2002. They ended up calling off that wedding and each married other people before reunitingand falling back in love last year.

In a new cover story for The Cut, Duchess Meghan opens up about how she and Prince Harry have been negatively affected by the British press, particularly tabloid publications whose readers she says have used racial slurs in reference to her children. Meghan, who is biracial, explains that when her son, Archie, was born she was expected to share photos of him with a British press pool called the Royal Rota. “There’s literally a structure,” she says of life as a senior royal, prior to her and Harry’s decision to step down from their roles and relocate to California. “Why would I give the very people that are calling my children the N-word a photo of my child before I can share it with the people that love my child?” she asks. “You tell me how that makes sense and then I’ll play that game.” The Duchess of Sussex also reflects on how press coverage of the couple has added strain to already tense family relationships, including Meghan’s relationship with her father, Thomas Markle, after Associated Newspapers Limited published excerpts of a private letter she wrote to him. “Harry said to me, ‘I lost my dad in this process,'” Meghan recalls, adding, “It doesn’t have to be the same for them as it was for me, but that’s his decision.” As Meghan and Harry told Oprah Winfrey in a televised interview in 2020, negative comments about Meghan’s race weren’t just coming from the tabloids. In that interview, the couple alleged that during Meghan’s pregnancy with Archie, a member of the royal family expressed concern about what color their children’s skin would be. As for whether there’s “room” for forgiveness when it comes to Harry’s family? “I think forgiveness is really important. It takes a lot more energy to not forgive,” Meghan says. “But it takes a lot of effort to forgive. I’ve really made an active effort, especially knowing that I can say anything.”

It’s been 22 years since Gabrielle Union and Kirsten Dunst faced off as cheerleading captains at rival high schools in “Bring It On,” and the time may finally be right for the cult classic’s original stars to return in a sequel. Gabrielle, who played cheerleader Isis from the East Compton Clovers in the original film but never appeared in subsequent sequels, shared a handful of photos on Twitter marking the anniversary last week. She also seemed to tease interest in returning to her former character. “Hmmmm so Isis might have a teenager,” Gabrielle wrote in the caption. The tweet soon rounded up more than 10,000 likes, as well as comments from younger stars like Chloe Bailey who replied, “I wanna be apart,” seemingly throwing her name in the ring for a chance to star in Gabrielle’s sequel idea. No word yet, though, on whether something’s in the works. 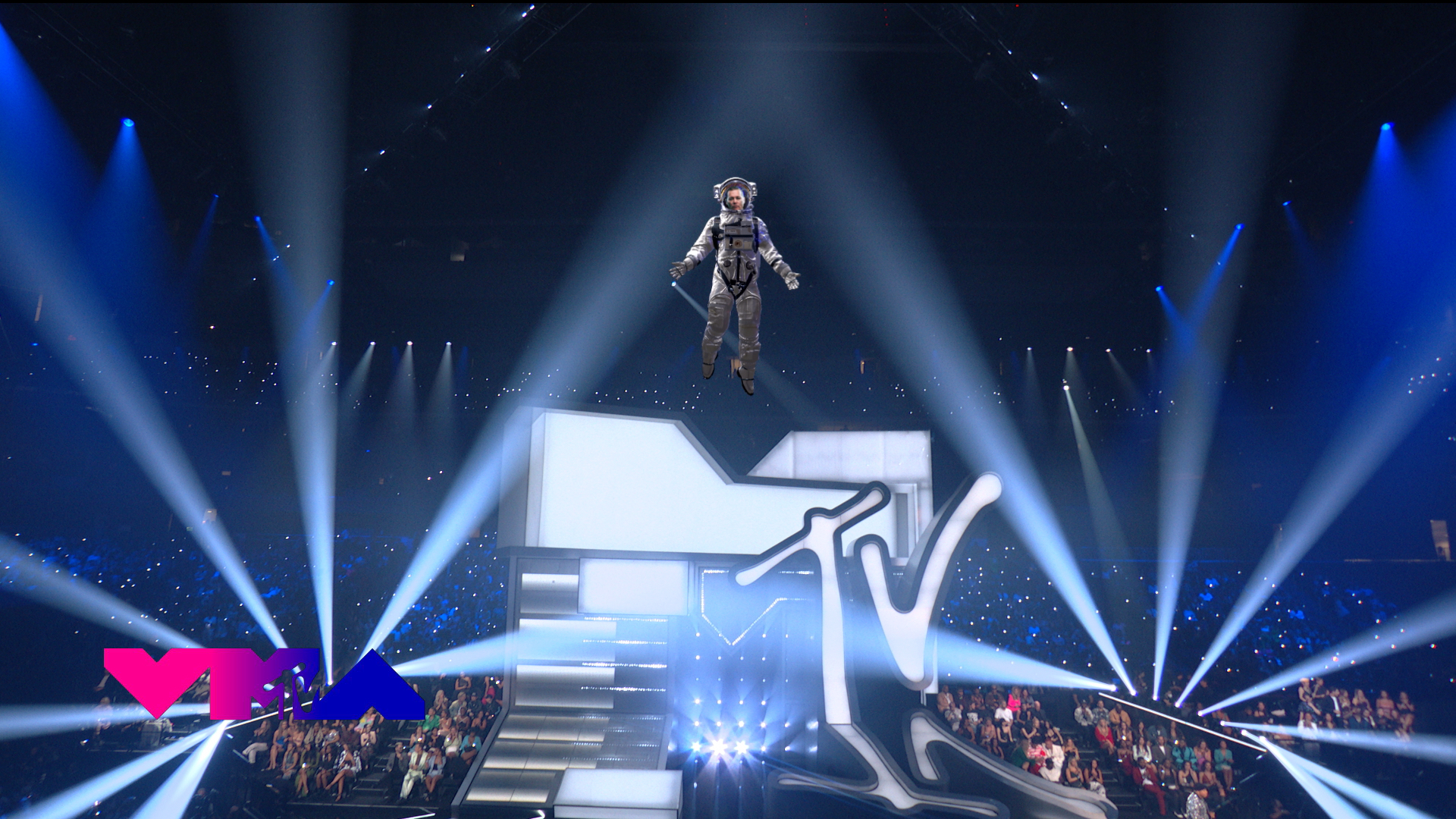 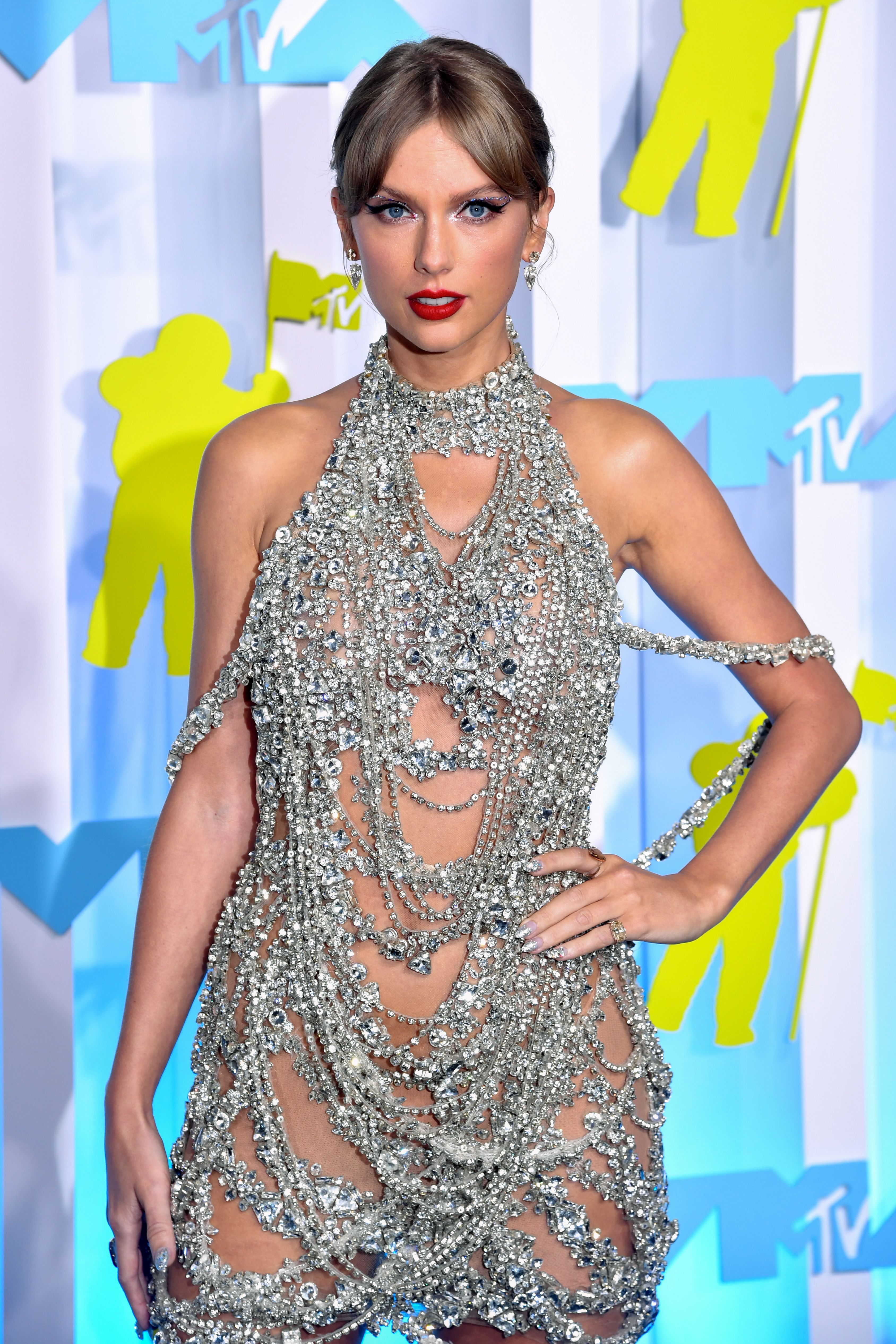 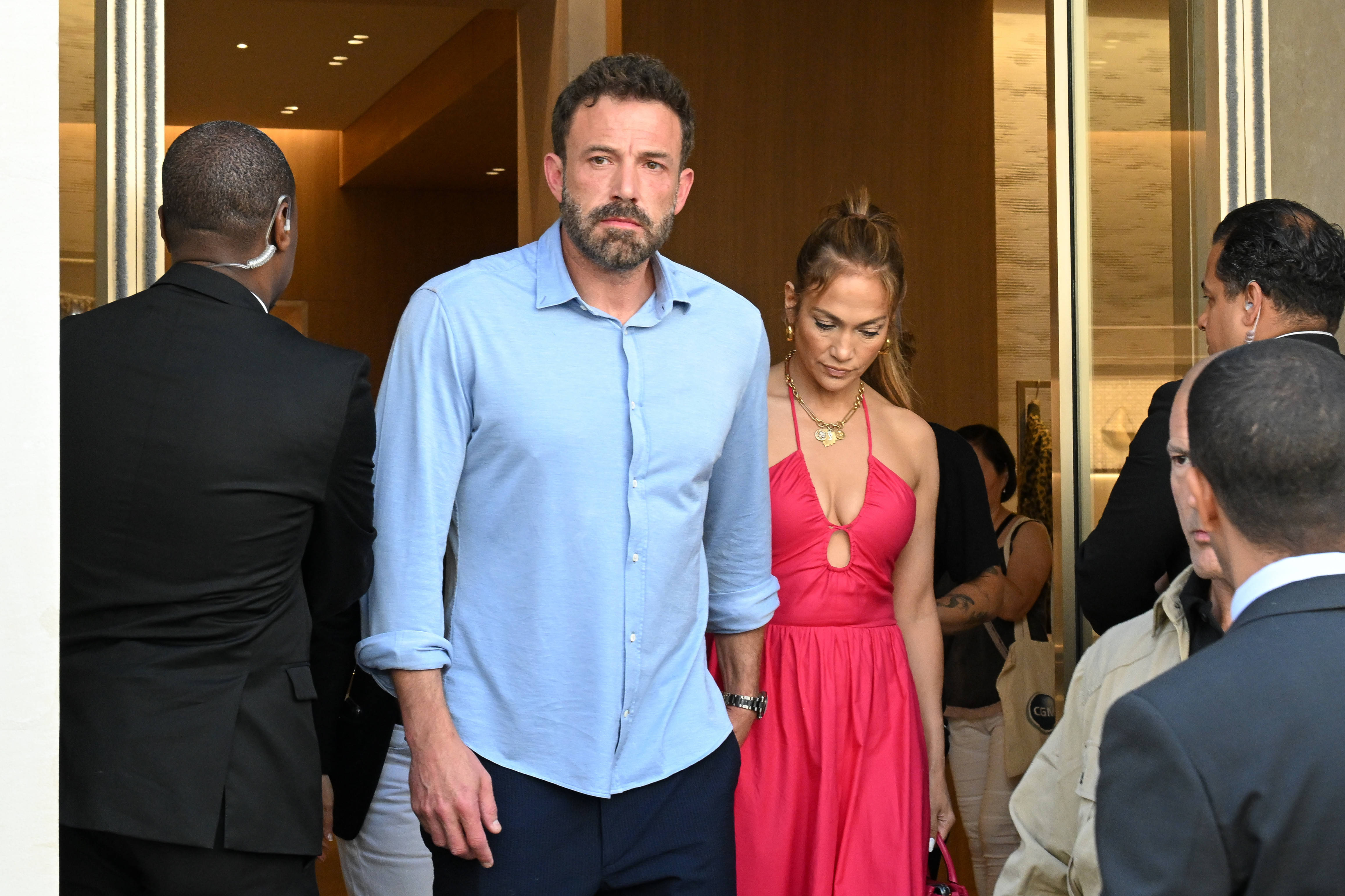 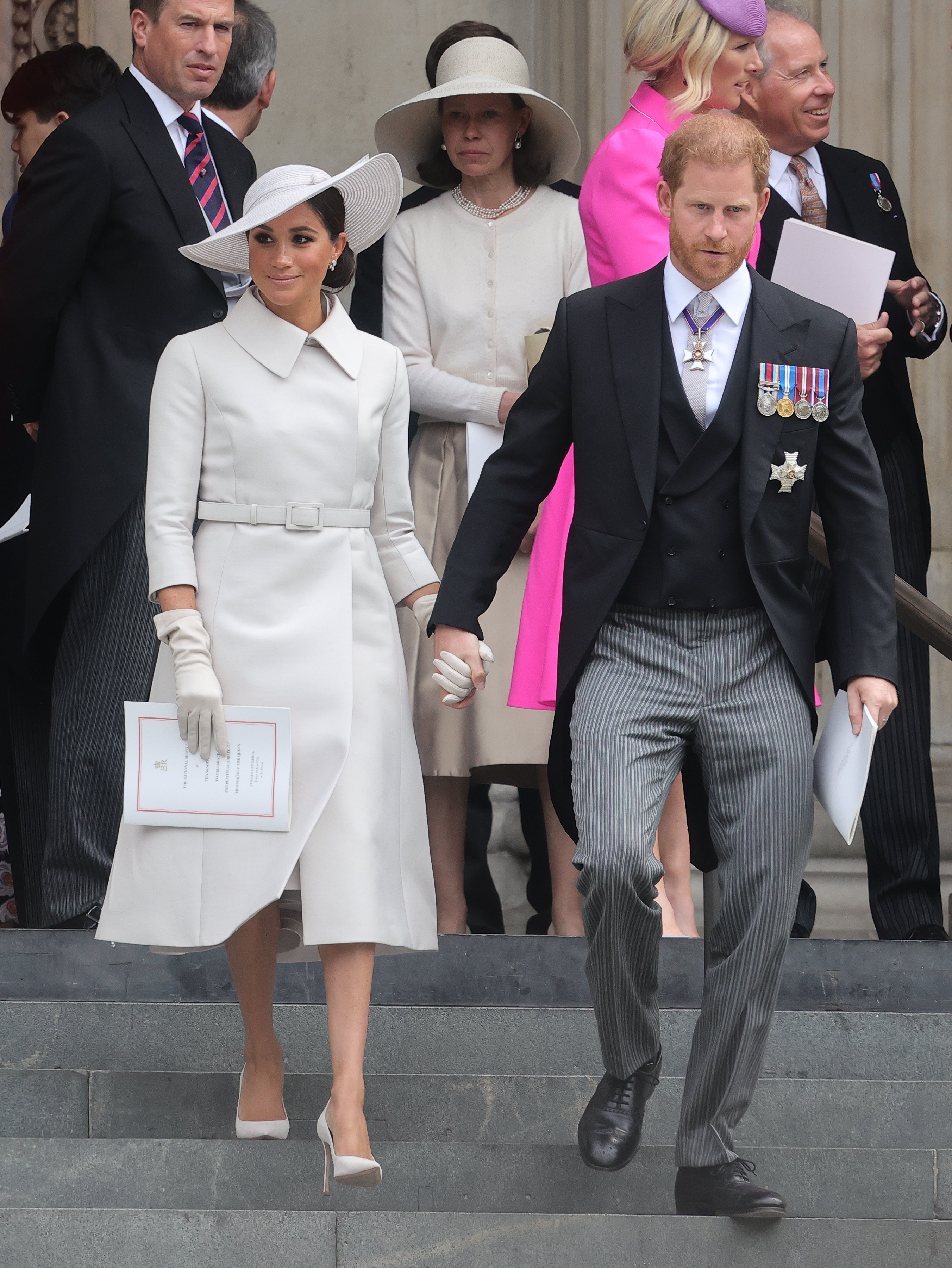 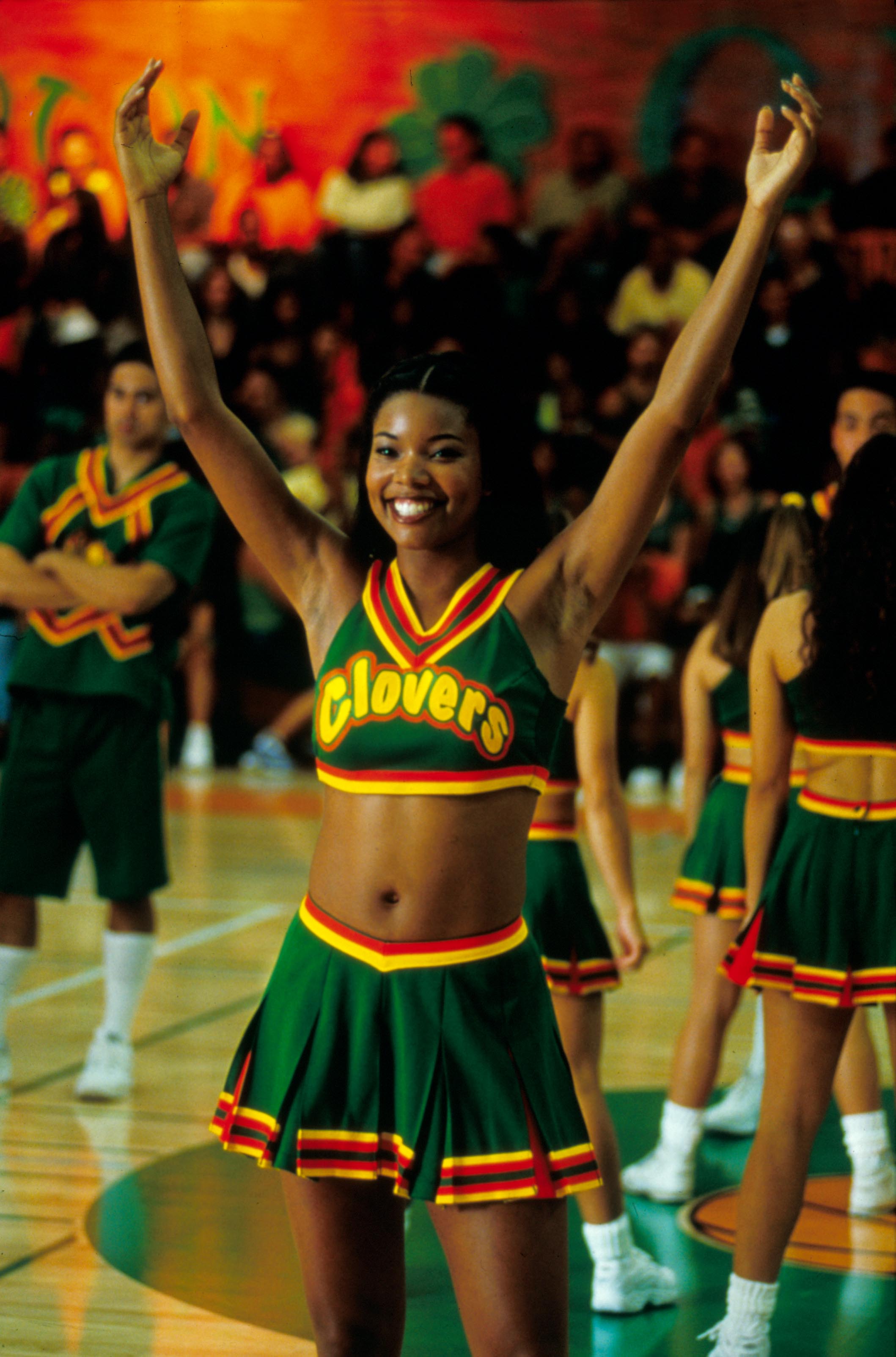