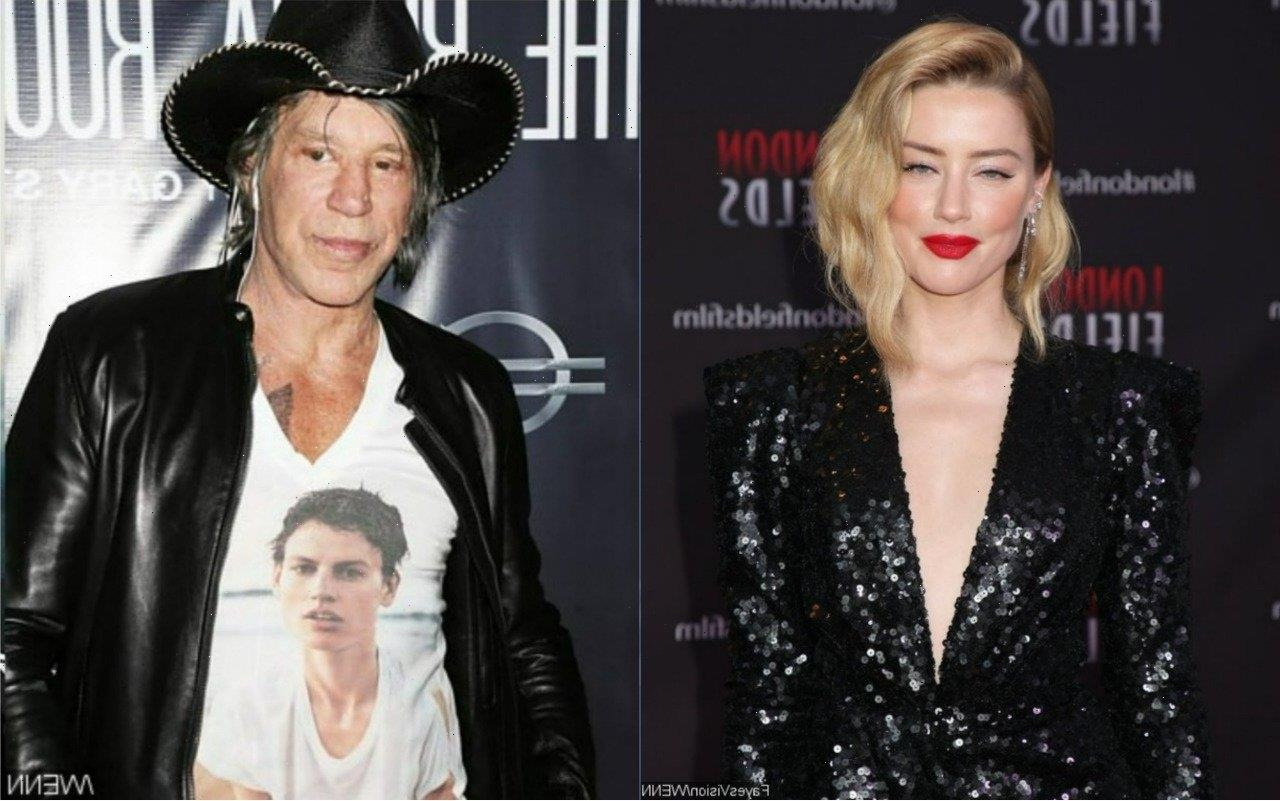 The actor and former wrestler shows support to the ‘Pirates and the Caribbean’ star as he accuses the ‘Aquaman’ actress of going after her ex-husband’s millions.

AceShowbiz –Mickey Rourke has labeled Amber Heard a “gold digger.” The 69-year-old actor and former wrestler has spoken out in support of the “Aquaman” star’s ex-husband Johnny Depp.

Rourke admitted that he has known Depp for “many years,” though not “intimately.” In a new interview with Piers Morgan, Rourke accused the 36-year-old actress of going after the “Blow” star’s millions.

Speaking on TalkTV’s “Piers Morgan Uncensored”, Rourke claimed he was in a similar situation to Depp, who won his defamation case against Heard last month, which saw her ordered to pay $10.35 million in compensatory and punitive damages after a jury found she had defamed him when she wrote an article in 2018 about being a victim of domestic abuse.

Giving his opinion, Rourke didn’t hold back, saying, “Well, you know, I know [Depp] for many years, but I don’t really know him intimately.” He added, “All I could say is I was in a situation one time where I got blamed for something that I didn’t do. It cost me movie jobs for several years and it caused a bad reputation.”

“And finally, the truth came out but the truth came out after I lost movies and I lost jobs and and so I felt bad for somebody that is trying to get chopped down by some gold digger, you know,” Rourke went on saying. Morgan then reacted, “You think that’s what she was?,” to which Rourke replied, “Abso- f**king-lutely. Absolutely.”

Depp sued Heard for $50 million for defamation following the publication of the Washington Post article, in which she alleged abuse but had not named him specifically. The jury found the actress had acted with “malice” and awarded Depp $15 million in damages. Heard had countersued her ex for $100 million.

Depp has since requested a denial of Heard’s request for a mistrial in their defamation case. The “Pirates of the Caribbean” actor’s legal team hit back after Heard’s lawyers made a filing in the Circuit Court of Fairfax County claiming she is entitled to a mistrial “based on newly discovered facts and information” that one of the jurors present for the case was not the one summoned for jury duty.

Heard’s documents claim the person summoned was 77 years old at the time, but a 52-year-old with the same last name and address instead showed up for proceedings.

Her side added it is “deeply troubling for an individual not summoned for jury duty nonetheless to appear for jury duty and serve on a jury,” given the “high-profile” nature of the trial “where the fact and date of the jury trial were highly publicized prior to and after the issuance of the juror summonses.”

On Monday, July 11, Depp’s legal team replied, insisting the verdict remains the same and restating their evidence. Addressing the alleged juror mix-up, Depp’s team said Heard’s “desperate, after-the-fact demand for an investigation of Juror 15 based on a purported error in his birth date” was “misplaced.” They also argued she has “failed to identify any way” a juror mix-up would have “somehow robbed her of” due process.