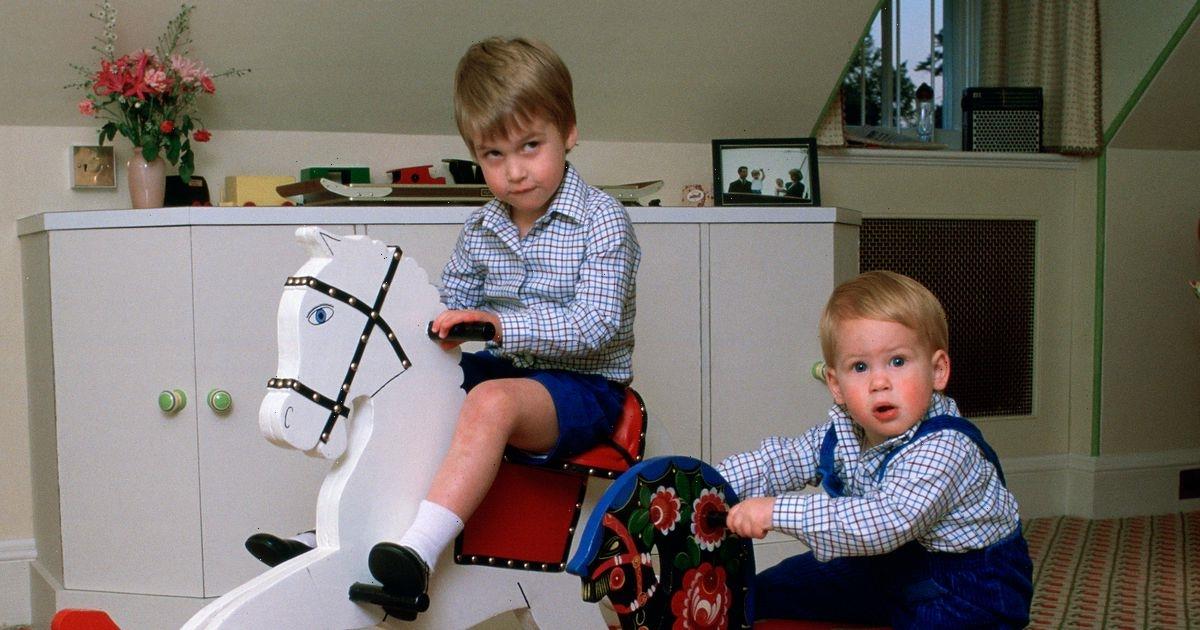 The Queenis a mother, grandmother and at last count a great-grandmother of a massive 12 members of the Royal Family.

With all of those family members comes the inevitable joy of hearing that one is to welcome a new member into the clan.

For any parent, it’s almost a rite of passage to envision and lovingly create a nursery for their little ones to play and grow in – and the Royal Family is no different.

FromMeghan Markle and Prince Harry’s baby room for Archie to Prince Harry’s own nursery he shared with brother Prince William, we take a look at them all.

In October 1985, Princess Diana andPrince Charlesgave the world a glimpse into the nursery of their sons, when they shared an adorable picture of William and Harry.

The image was captured at the family’s residence in Apartments 8 and 9 at Kensington Palace with the nursery reportedly taking up a whole floor.

Princess Diana designed the home alongside interior expert Dudley Poplak and the result of the nursery left a lasting impression.

The top floor room was left with a slanting roof and framed by large windows with a quirky floor featuring apples.

While the room had cream walls, there were splashes of colour with a red armchair and Prince Harry’s very colourful rocking horse which was black with red detailing.

William’s was white with red which complemented the carpet across one side of the room in the same hue.

When he was born in 2013, they wasted no time creating a nursery for him and took inspiration from one of the well loved characters in children’s history: Peter Rabbit.

According to experts, Kate and William turned to the design company who had been asked to create The Duke’s own nursery, as well as his brother Harry’s called Dragons of Walton Street in Knightsbridge.

The company specialises in handmade furniture painted with characters from Beatrix Potter, along with fairies, flowers and safari animals, which would fit in perfectly with the royal nursery theme.

Last yearPrince Harry made the sweet admission that his son’s first word was “grandma”after a portrait he had of his mother Princess Diana on the wall of his nursery.

"I got a photo of her in his nursery, and it was one of the first words that he said – apart from 'mama,' 'papa,' it was then 'grandma'. Grandma Diana," Harry said in his Apple TV+ series with Oprah Winfrey.

The family are currently living in Tyler Perry’s old home in Los Angeles and when actor Tyler welcomed his son Aman into the world he created a stunning nursery for him.

The room featured a white cream sofa, a side table in the same hue and a designer carpet running along the floor.

It’s thought that Meghan and Harry used an eco, vegan paint called Auro when creating a nursery for their son at Frogmore Cottage when they lived in the UK, so they will have likely done the same at their new home.

In June this year to celebrate World Oceans Day, Eugenie shared a peek of her son’s nursery as the pair read a book together.

The walls of the room are painted a neutral cream and the carpet is brown, however the family has jazzed it up a bit with an addition of a geometric black and white runner.