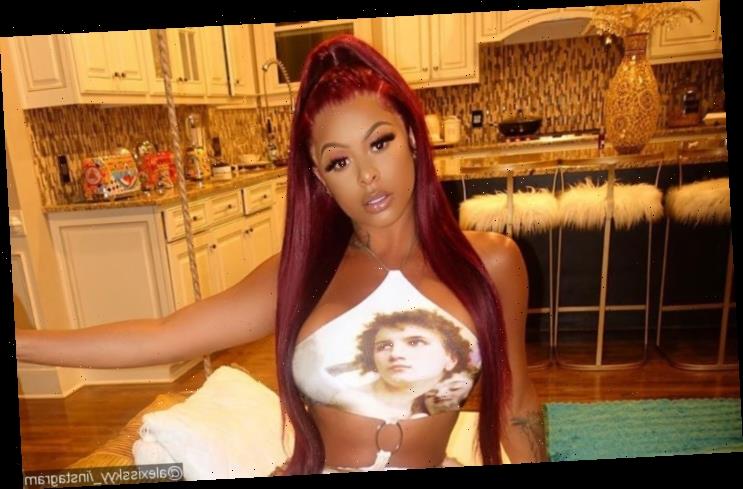 Sharing on Instagram a short clip of her showing her outfit of the day, the ‘Love and Hip Hop: Hollywood’ star writes in the caption, ‘In this mirror debating should I work out or should i just get this surgery.’

AceShowbiz –Alexis Skyy does not like how she looks these days, to the point that she’s been considering going under the knife to fix her appearance. The “Love & Hip Hop: Hollywood” star asked her social media followers on Thursday, September 10 whether or not she should get a plastic surgery because she recently gained 10 pounds.

In a post shared on her Instagram account, Alexis attached a short clip of her showing off her outfit of the day that consisted of a black top that she wore over a white jacket and a pair of black tights. She wrote in the caption of the post, “In this mirror debating should I work out or should i just get this surgery. I gained 10 pounds.”

To no one’s surprise, people in the comment section were against it. “or just b happy w ur body simple..,” one person told the reality TV star, while another suggested, “Work out.. it’ll look so much better on you.” One other echoed, “Girl work out , that’s the purpose of you getting surgery after you get the body you’ve been wanting , you work hard to keep it that way don’t be lazy.”

Not a few blasted her for considering a surgery when she only gained ten pounds. “Yall know yall be reachin…ten pounds and you think surgery…,” an online user commented, as an individual seemed to be in disbelief, “Ppl get surgery for 10 POUNDS?!!!! Wtf.”

This isn’t the first time Alexis considered getting a surgery to lose weight. Last year, the star asked her fans during an Instagram Live stream whether or not she should get a liposuction to shed weight. Even though she admitted to being “super super scared” of the procedure, she was too lazy to work out. “I don’t think that’s gonna work out for me,” she said at the time.