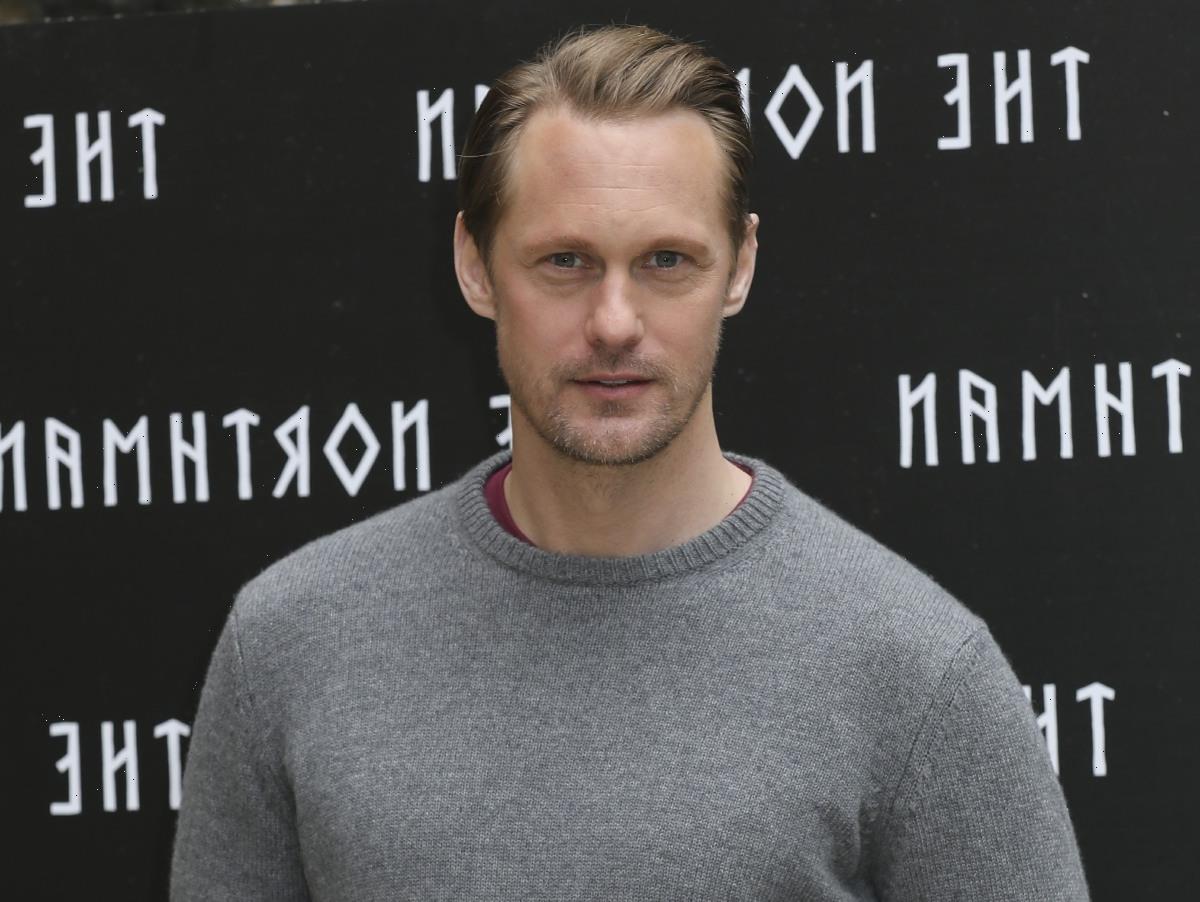 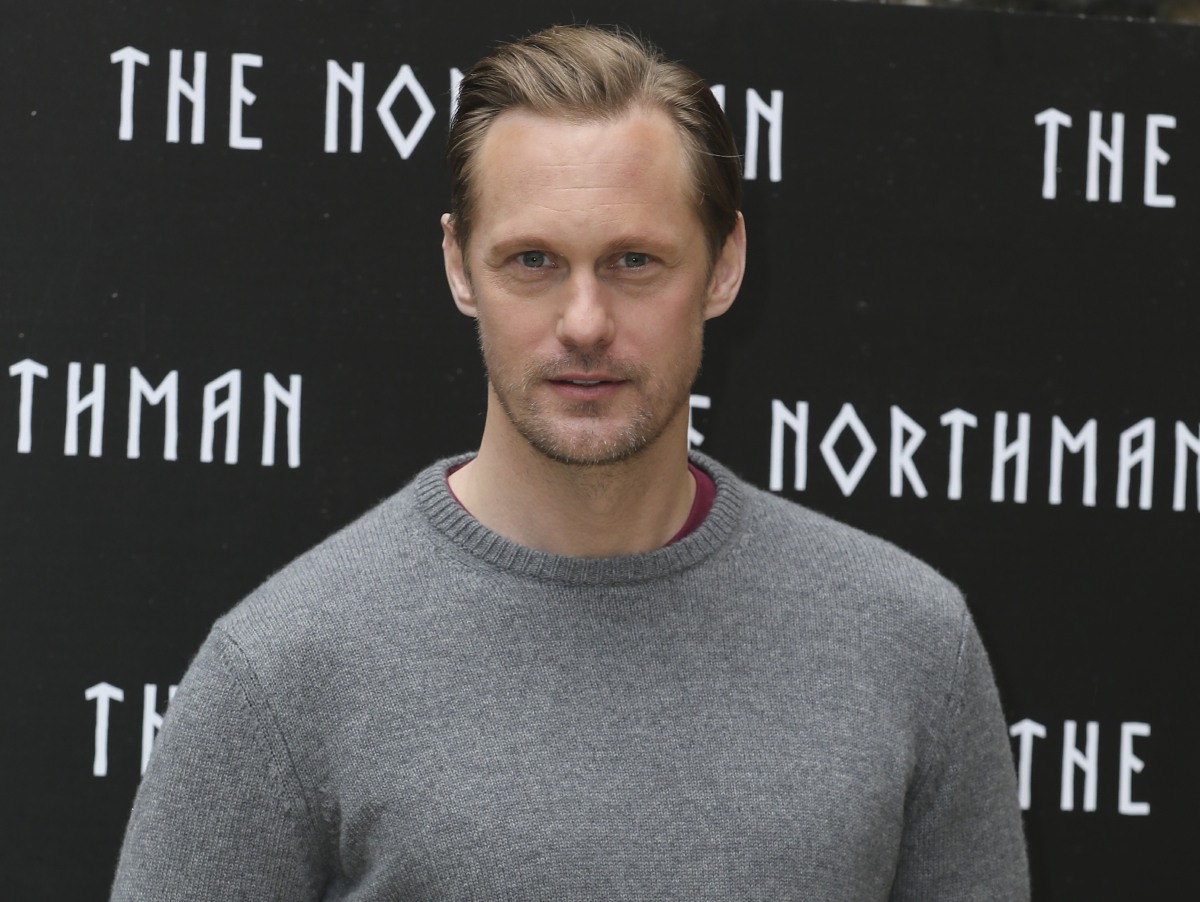 Alexander Skarsgard is currently promoting The Northman, a big-budget Viking action-drama which also stars Ethan Hawke, Nicole Kidman and Anya Taylor-Joy. They made the film during the height of the pandemic, and all of the actors seem very proud of it. This is one of Alex’s rare attempts to helm a big-budget studio film. His most recent role was a guest-starring arc on Succession, where he played a bored Swedish billionaire who easily out-maneuvered Logan Roy (Brian Cox). He was great, honestly. Anyway, Alex recently chatted with the Times of London about The Northman, Succession and Sweden. Some highlights:

On Greta Thunberg: Skarsgard cycled past Greta on his way to meet me; she was on a protest. “She’s how we sell our country now. And I almost hit her with my bike… Greta is like a modern-day Viking — and, like Greta, the Vikings refused to fly.”

Working with Brian Cox on Succession: The men discuss takeovers until Logan begins a monologue about America . . .“And Matsson drifts off,” Skarsgard says, laughing. “He is bored. There are all these sycophants in Logan’s life, including his kids — he is a demigod. So what is funny is when he talks about America, instead of going, ‘Tell me more!’ Matsson goes, ‘He talks a lot. I don’t really need him. He’s old and kind of boring.’”

Why his career didn’t really get going until his 30s: Charlize Theron once said that it is hard for an actor to be hot. “When meaty roles come through,” she explained, “pretty people get turned away first.” Did Skarsgard have that experience? “As a good looking blonde woman, I can relate… I don’t really know if that was the reason I wasn’t getting roles… Starting out in Sweden, there was stuff about being tall and blond … But most people here are tall and blond. Still, after my first job I was on a stupid ‘sexy hunky hot list’ and then people didn’t take me seriously. If you want characters with depth but have been labelled ‘a dude who takes his shirt off’, you’re not going to get those offers.”

He’s not on social media and eschews the Hollywood lifestyle: “This industry is incredibly ridiculous. In meetings people are really insecure and eager to please. But it’s a strict hierarchy. If people at the top say something is good, people fall in line. Also, menial trivial bullsh-t stuff becomes very important to people. As an actor the value placed on how important something is can become laughable to me.” His real ambition is to have lots of kids. His twice-married father has eight. He wants nine.

Whether he knows people like the Succession characters: “A little — Stockholm’s a hub for people who start ridiculously successful companies. A lot are programmers, not dudes who got the girl. They sit in the basement and drink Dr Pepper then, suddenly, like the Minecraft guy, outbid Beyoncé on a house in the Hollywood Hills. I like the idea of Matsson being in that rat race of the ultra-wealthy, because it never ends. I’ve been on yachts and seen owners glance at the yacht next door, because it’s 5ft longer. It never ends, does it?”

His privileged life: “I live an incredibly privileged life… I don’t really have to work — I’ve made enough. I could retire, which is extraordinary. But I don’t feel the need to broadcast that with expensive clothes or cars. That radiates insecurity. When you see somebody with a $1 million watch? That’s peacocking. It can feel like they’re overcompensating.”

I do feel like his baseline moral or social conscience is just very Swedish. The anti-peacocking thing, the refusal to “show off.” While he’s lived and worked in America for the better part of two decades, he judges the American excesses, especially Hollywood excesses. But it also sounds like he appreciates the opportunities he’s gotten and he just does what he likes now, career-wise. Like, sure, he’ll take a small guest-arc on an HBO show in between filming a $90 million studio film about Vikings. Why not? I’m also surprised that he wants nine kids?? He’s 45 years old, if he really wants that many kids, he should probably get started now. Ugh, he’ll probably start with, like, a 22-year-old. 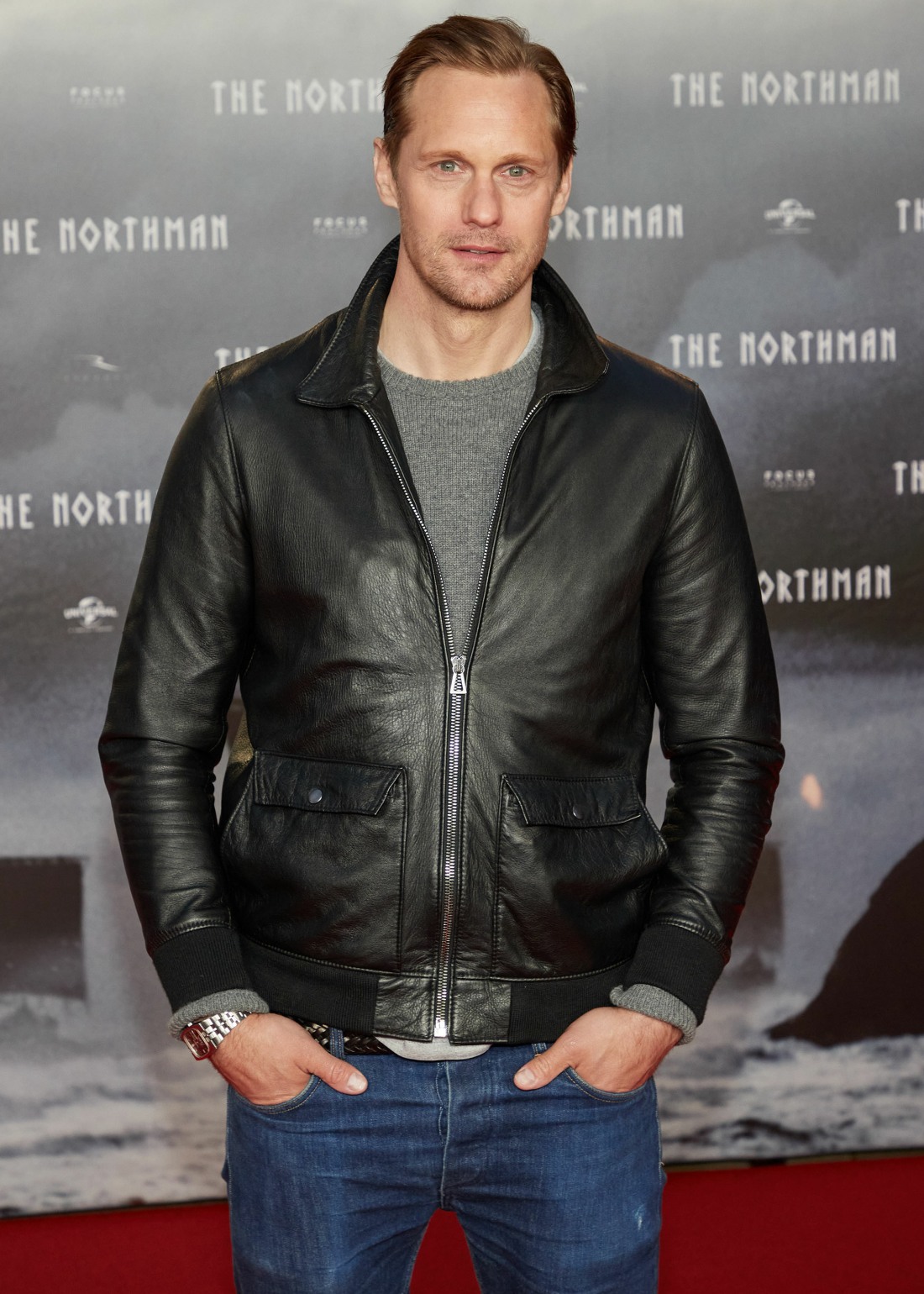