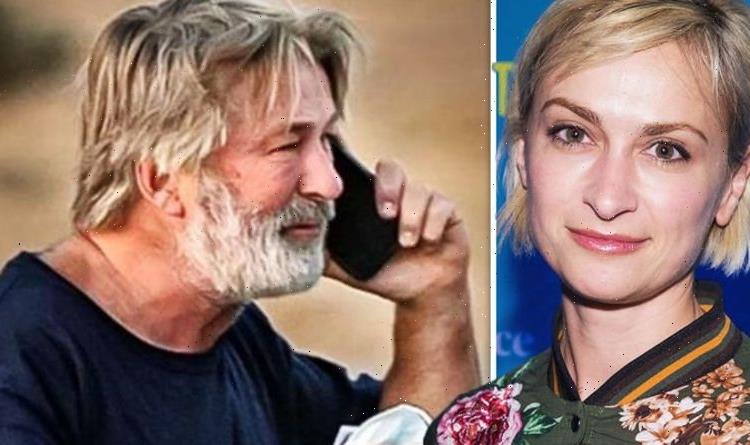 Alec Baldwin, 63, had been told that the gun he would go on to discharge on the set of Rust was safe to use, before fatally shooting cinematographer Halyna Hutchins, according to court reports. The upcoming cinematographer, 42, was killed on the set of movie Rust on Thursday in Santa Fe, New Mexico, after the Pixie actor accidentally shot the crew member after being handed the “hot gun”.

My heart is broken for her husband, their son, and all who knew and loved Halyna

Court records show that nobody on set realised the prop was loaded with live ammunition when he handed it to the award-winning actor.

The director indicated it was unloaded by shouting “cold gun”, records say.

Director Joel Souza, who was standing behind Ms Hutchins, was also wounded but has since been discharged from hospital.

Further details came to light yesterday after a search warrant was filed at a court in Santa Fe.

Hollywood actor Alec reportedly yelled “why was I handed a hot gun?” after fatally shooting the mother-of-one.

A “hot gun” refers to a weapon containing live ammunition, as opposed to the prop guns containing blanks, which are used on movie sets.

The eyewitness also claimed the bullet that discharged from the prop gun went straight through the body of the cinematographer, who died on the way to hospital.

Filmmaker Mr Souza was also badly injured when the bullet hit his clavicle.

The source told Showbiz 411 that the 30 Rock star had “no idea” how badly his crew members were hurt at the time, or that Ms Hutchins had died.

Mr Baldwin reportedly said: “In all my years, I’ve never been handed a hot gun.”

Production has now been halted on the film two weeks after they started filming in New Mexico, following the tragic accident.

Police reported that on Wednesday, a “projectile” was fired by a “prop gun” on film set, which was located at the 2,000-acre Bonanza Creek Ranch.

Mr Baldwin volunteered to be questioned by police officers from the Santa Fe County Sheriff Department, before being released without charge.

A Santa Fe sheriff spokesperson said the actor “came in voluntarily and he left the building after he finished his interviews”.

Mr Baldwin was photographed outside the Sheriff’s office after questioning, where he looked visibly distraught.

The Oscar-nominated actor could be seen crying as he spoke on the phone and was at one point doubled over with grief.

Yesterday, the actor took to social media to break his silence on the tragic accident for the first time.

He penned in view of his one million Twitter followers: “There are no words to convey my shock and sadness regarding the tragic accident that took the life of Halyna Hutchins, a wife, mother and deeply admired colleague of ours.

“I’m fully cooperating with the police investigation to address how this tragedy occurred and I am in touch with her husband, offering my support to him and his family.

“My heart is broken for her husband, their son, and all who knew and loved Halyna.”