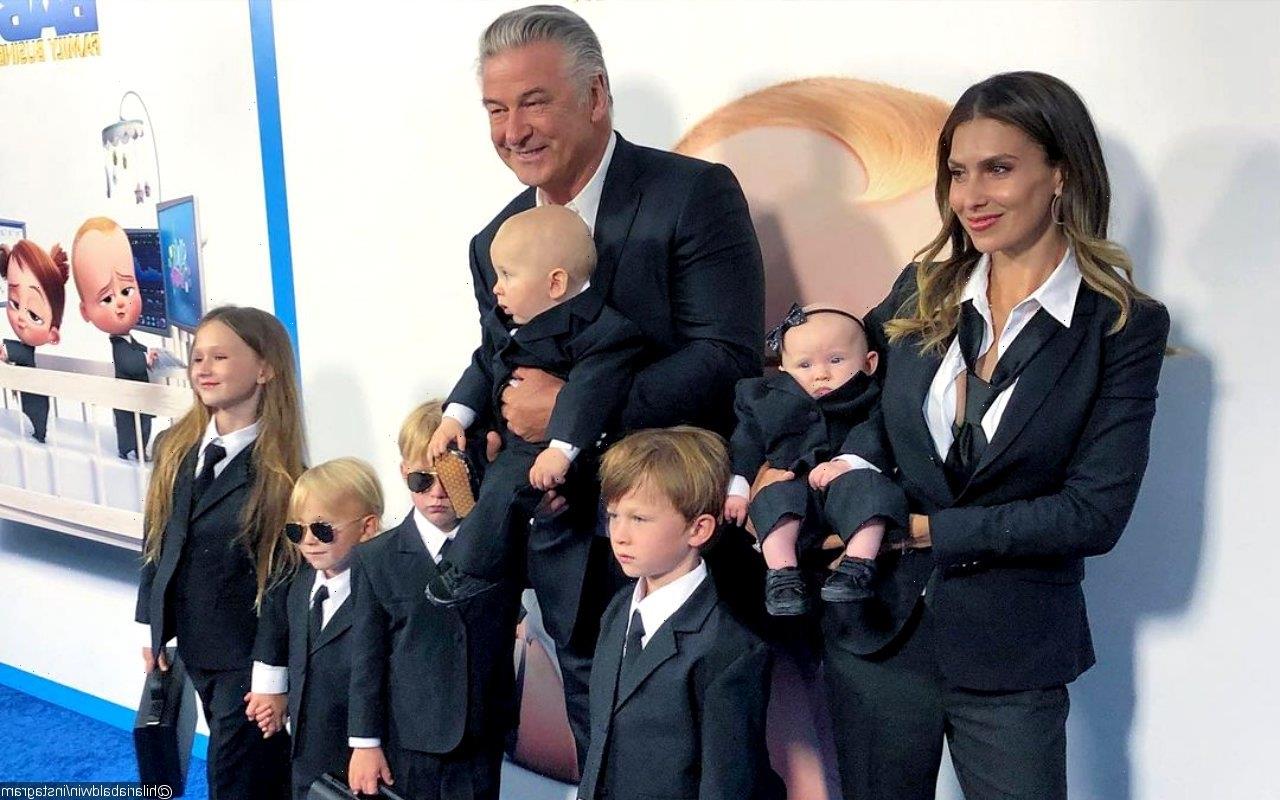 The ’30 Rock’ alum is pictured with his wife Hilaria and their six children in Manchester Center, a small town in Vermont, where he’s reportedly laying low after the fatal set accident.

AceShowbiz –Alec Baldwin has been reunited with his family following the tragedy on the set of “Rust“. The actor has been pictured for the first time with his wife Hilaria and their six children during a family outing after he accidentally shot and killed cinematographer Halyna Hutchins.

In pictures obtained by The Sun, Alec, alongside his wife, their kids and their nanny, was seen collecting take-out food from a pizza shop in Manchester Center, a small town in Vermont, on Sunday, October 24. The 63-year-old actor was seen carrying two bags of food as his family followed close behind.

Dressed in all black, the former “Saturday Night Live” star kept his head down with his glasses perched on top of his head. He appeared to still have the scruffy hair and long gray beard that he sported during the filming of the western film. He also wore a face mask which was pulled down to his chin.

Alec was also seen exiting a clothing store in the small town during a separate outing. In pictures obtained by Fox News, he donned a blue plaid shirt, dark pants and a blue face mask while carrying a brown paper bag. When he seemingly noticed the paparazzi, he covered his face with his hand.

Alec reportedly has been laying low in the quiet New England town after the fatal accident on the set of his movie last Thursday, October 21. He previously said in a statement on Twitter that he was “fully cooperating” with the police investigation into the shooting. However, on Wednesday, deputies in New Mexico said they “didn’t know” his current whereabouts.

Alec discharged the weapon which struck Halyna and director Joel Souza on the set in Santa Fe, New Mexico last week. The cinematographer was pronounced dead after she was airlifted to the hospital. The movie’s director, meanwhile, was hospitalized with a wound to his shoulder but later discharged.