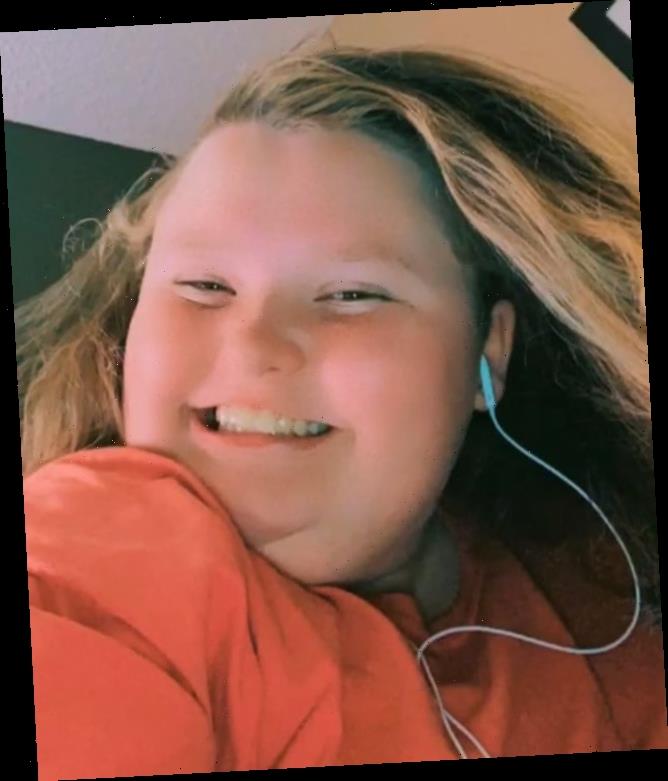 Alana, despite the burdens of the spotlight, is still fairly active on her public social media.

Sometimes, she answers fan questions … even very personal questions about her dating life.

“You gotta boyfriend?” asked a follower during an Instagram Q&A with fans that Alana had on Wednesday, January 13.

She did not, however, share a photo or his name — a good decision, since said boyfriend could only be a fellow minor.

Later, Alana did disclose that life at the moment “couldn’t be better.”

Obviously, that is untrue in the literal sense, because she would of course prefer a timeline in which her mother’s downward spiral had never taken place.

But clearly, she wanted her fans and followers to know that she is happy and doing well and optimistic about the near future. Good for her!

Some fans may recoil at the idea of Alana having a boyfriend or dating at all.

After all, we have all watched her grow up since she was a toddler … wearing a tiara, no less.

But 15 is a very appropriate age for almost to dip their toes into the world of dating.

Most people won’t meet their future spouse in high school, but it’s a time to learn the ins and outs of relationships.

It’s also a time for Alana to pursue her own happiness and navigate the complex social world of interacting with her peers.

Previously, June was in charge of her education. With Lauryn, Alana has been attending school.

If Alana has reached a point where she is not only open about dating but acknowledging that she has a “boyfriend,” then we have to assume that Lauryn already knows.

Instagram would be a weird way to find out that your sister, who is also in your custody, is in a relationship.

Lauryn is by her own admission not perfect, but she is very protective of Alana and would of course make sure that he’s dating her for the right reasons.

That doesn’t mean that the normal trappings of high school romance — when teens are burdened with an unthinkable volume of feelings thanks to hormones — do not apply.

Alana may experience heartbreak, jealousy, rejection, like any other 15-year-old.

But what Lauryn is surely on the lookout for would be someone dating her to be famous, or to get the inside scoop on her life for clout.

Some fans on social media have speculated that Alana may not have been truthful when answering that fan question.

We are immediately treated to the comical scenario, purely imaginary, of Alana faking having a boyfriend to fans and making up increasingly elaborate anecdotes about their romance.

But there is no actual reason to think that — unless these “fans” are actually body-shaming Alana and suggesting that because of her body-type, dating is somehow “unrealistic.” That would be cruel and wrong.

In fact, Alana is on a weight loss journey these days.

She has not shared much about it, which is actually very smart.

Exercise is like writing — if you’re talking about it to anyone who will listen, that’s not the same as actually doing it, now is it? We wish Alana the very best of luck.