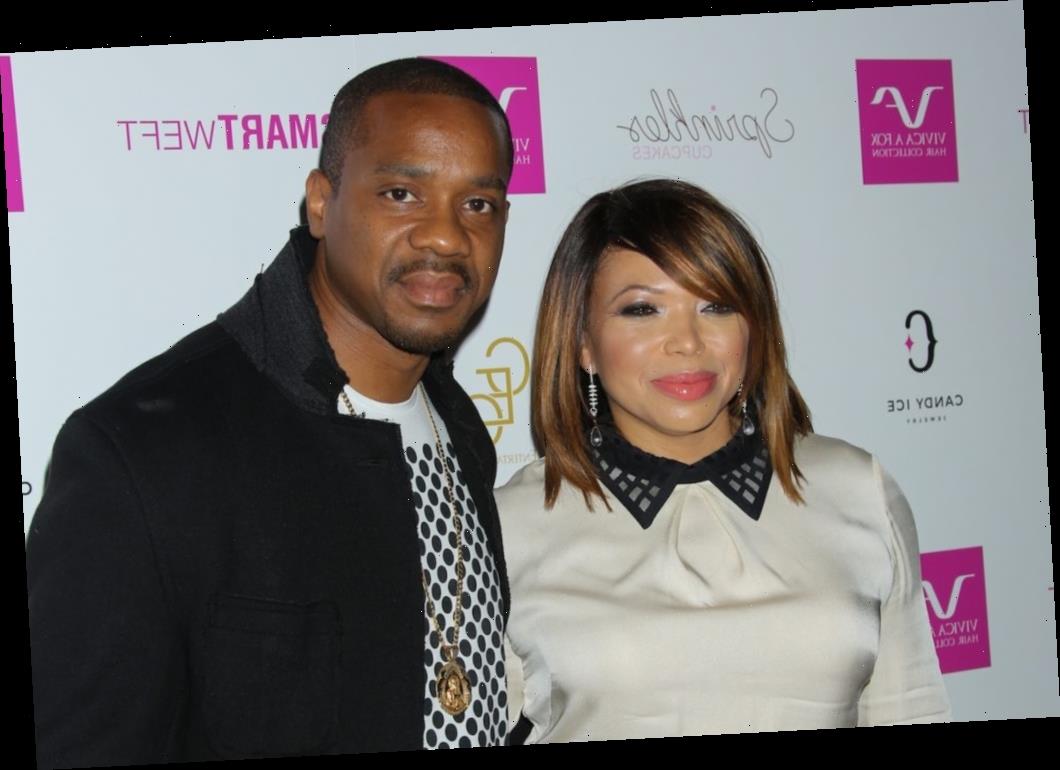 Tisha Campbell is officially a single woman. Her two-year divorce proceedings from her longtime ex, Duane Martin, are now finalized. The Martin star recently revealed that she was flat broke following the split but has since bounced back stronger than ever before.

Campbell and Martin split in 2018 after 27 years together. The pair initially promised an amicable uncoupling but their divorce proceedings quickly turned nasty with Campbell accusing Martin of hiding assets in their divorce.

Though Campbell did not speak publicly about the financial stress of her marriage while going through the divorce, she recently revealed just how bad things became for her during her chat with Entertainment Tonight’s Kevin Frazier.

“[I had] Nothing. No one knows that but I had nothing,” a teary-eyed Campbell said. “Nothing in the bank. Nothing. I had maybe $7 to my name and I was scared. It was like I was starting all over.”

Related: Tisha Campbell Claps Back at Rumor That She Was Referring to Jada Pinkett Smith and August Alsina in a Post

Thankfully, Campbell was able to find steady work to begin the process of rebuilding. At the time of the split, Campbell had a recurring role on the ABC sitcom, Dr. Ken.

She also began hosting several red carpets and award shows, including the Soul Train Awards. Campbell is also co-starring in a new sitcom alongside Lucy Lui that’s currently in the works.

Two years after her split, Campbell is in a more stable place financially. She credits her rebound to hard work and her support system, which includes her two children she shares with Martin.

“The fact that I did raise children who didn’t care about the big mansion that I had or that we had to start over or any of it,” she said. “Starting over is not always the easiest thing, but it is the necessary thing. It’s a beautiful devastation.”

Campbell and Martin’s divorce proceedings is finally over, two years after their initial split. Per TMZ, a judge did not rule for either party to receive any child or spousal support from the other. Campbell however gets to keep a leased property and a leased 2020 BMW.

As for what Martin receives, he also is awarded a leased home and a few cars, including a 2014 Bentley, BMW scooter, and a Kawasaki motorcycle.

The exes also came to a visitation agreement for their minor son. They will share joint legal custody and will also share physical custody. Each parent will have their minor son on alternating weeks.

Campbell is looking forward to moving past the divorce. She’s not currently open to dating, telling Frazier that she’s the happiest she’s ever been and wants to continue focusing on herself.

It’s unclear if Martin is in the dating pool again. His career also seems to be in good standing. In 2017, he starred in the BET miniseries The New Edition Story. He was also part of the 2019 cast for L.A.’s Finest.