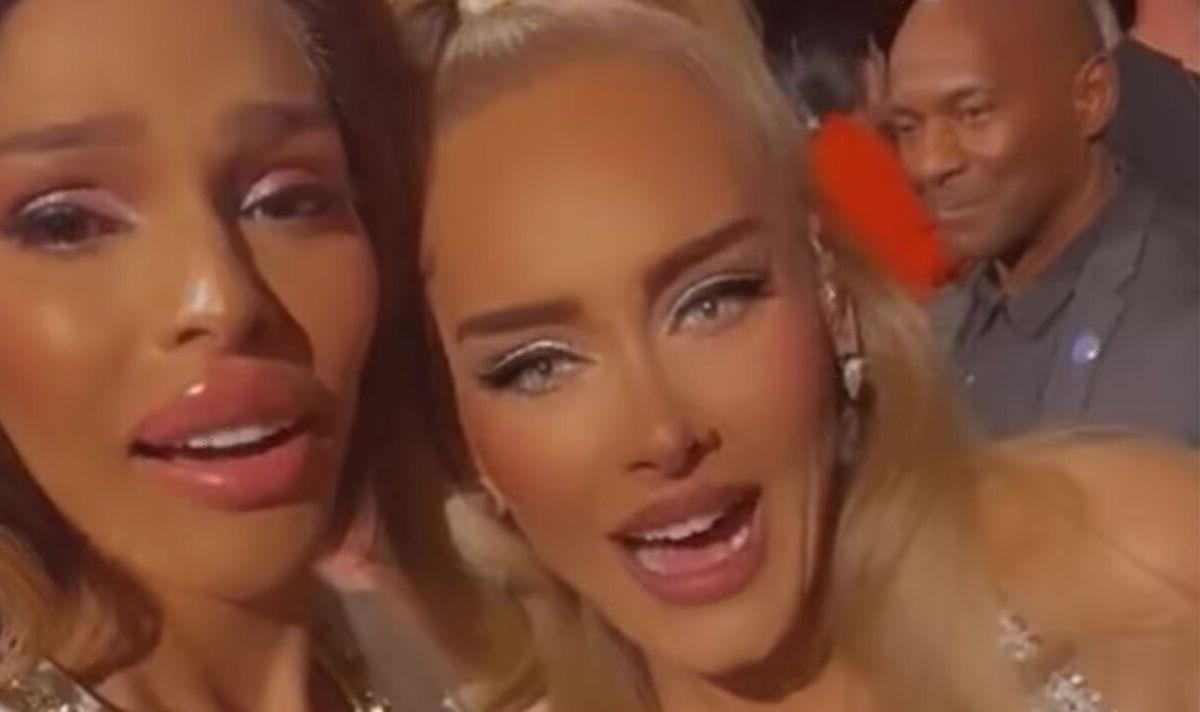 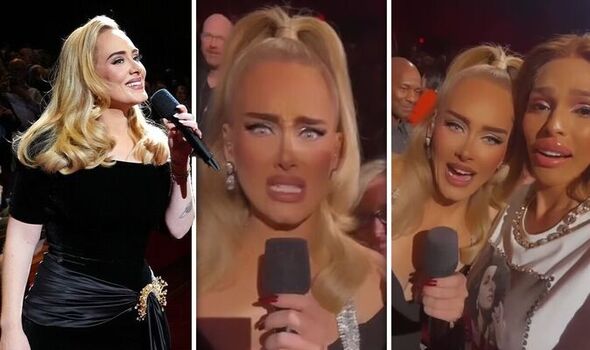 Adele left puzzled by a fan’s selfie video at Vegas residency ‘What happened to my face?’

Adele was left shocked as she made her way into the audience during her Las Vegas residency when one fan was lucky enough to take a video with the Rolling in the Deep hitmaker. However, Adele was lost for words due to her unrecognisable appearance in the lady’s TikTok video.

Adele, 34, stepped down from the stage last night during her Las Vegas residency to greet her fans, with the Easy on Me hitmaker leaving one fan in tears.

As she appeared in the lady’s video, Adele was shocked while looking back at her unrecognisable appearance.

She exclaimed: “What have you done to my face? Why do you have filters like that? You don’t look like that darling!”

Struggling to keep it together, the fan shouted: “I’m gonna pee my pants!”

At the same time, Adele tried to divert the conversation and ask the fan about her hometown and favourite memory as a child.

However, it all became too much for the fan who let out an expletive and began to cry, leading Adele to comfort the woman as she said: “Baby, don’t cry!”

During her latest show, Adele also had a very famous face cheer her on, with country legend Shania Twain in attendance.

Adele was left shocked at her unrecognisable appearance

Adele was left stunned when she looked at the fan’s video showing off her ultra-smooth complexion and filled-out features. She exclaimed: “What have you done to my face? Why do you have filters like that? You don’t look like that darling!”

Adele has been regularly going into the audience and chatting with her fans during her Las Vegas residency. The singer asks a selection of her supporters about their hometown and their favourite memory as a child before continuing her show-stopping performance.

Adele was left not only to please her adoring fans during her latest show, but also the country-singing legend Shania Twain. The Someone Like You hitmaker took to Instagram to share Shania’s attendance on her Instagram story after the show. She exclaimed: “Thank god you had a hat on @shaniatwain I would have self-combusted had I seen it was you!! I adore you, I can’t believe you came to my show [red heart emoji].”

Shania Twain was joined at the sold-out Adele concert by rapper Stormzy and Adele’s partner Rich Paul. She disguised herself by wearing an oversized hat, leaving Adele unable to recognise the star as she performed.

Adele dedicated her emotional 2008 hit Make You Feel My Love to her friend Raven Verona’s late mother during her performance on Saturday. Her friend’s mother had recently died, leaving Adele the perfect moment to do the heartwarming tribute as her friend watched her from the audience.

Adele originally announced her Las Vegas residency was in support of the album 30, which was the best-selling album of 2021. However, the singer cancelled it hours before with her show, which is now running as Weekends with Adele. The concert started on November 18 and will finish on March 25, with a total of 32 shows.