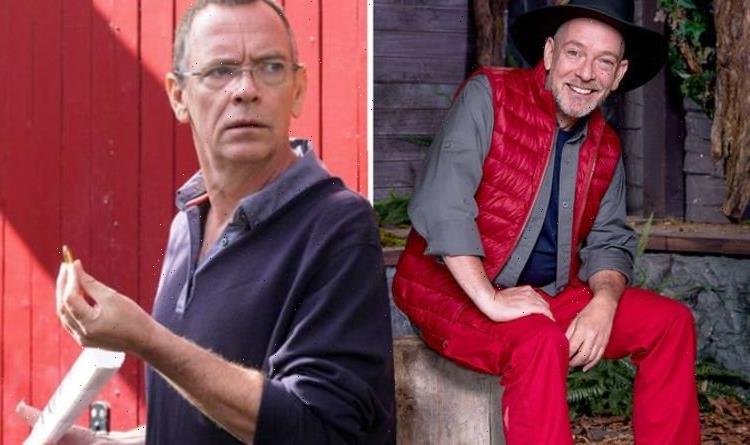 I'm A Celeb: Adam Woodyatt discusses his time on Eastenders

EastEnders fans have since wondered if Adam Woodyatt will be returning to the soap, however no date has been set as of yet. The 53-year-old’s former co-star John Partridge, 50, has said the actor’s break from the show is a good thing as the role is “hard work”.

He told Express.co.uk: “Adam and I do still stay in touch.

“I know he’s taken some time off to explore pastures new and I think that’s always really really healthy to have new experiences.

“Adam has been in that show all that time, he is the original member, as much as I said that doesn’t work for me, to maintain that character for that time, that is work. Hard work.

“I think it’s great that he’s having some time to himself to explore new things and have new adventures.”

Adam is currently competing in ITV show I’m A Celebrity… Get Me Out Of Here!.

On how he thinks he’ll do on the show, John added: “Adam is resilient, look at him! He gets on that bike and he cycles around the UK.

“He’s on a fit kick right now as well, I think Adam will do just fine, I really do.”

He went on to say the EastEnders star didn’t have many known phobias, so could make it to the final.

He added: “I was a betting man, I’d have a fiver on the old Woodyatt!”

Before heading into the Gwrych Castle, the actor admitted he had no current plans to return to the soap.

He was asked about his break from EastEnders by campmate Frankie Bridge in the show last night.

“I just had another opportunity. This play came up. I just fancied doing something different,” he spilled.

“The way the storyline was, they needed me to take a break. Yeah… the break’s just got longer.”

Adam took on a role in the murder-mystery production Looking Good Dead, which returns in January.

When asked by Kadeena Cox if he’d ever star in a film, he replied: “I’m available as of April.”

The actor has been playing his iconic role since the soap’s first episode in 1985.

John played Christian Clarke in EastEnders from 2008 for five years.

The actor said while he is proud of his time on the soap, he had no plans to return.

I’m a Celebrity continues tonight at 9pm on ITV.