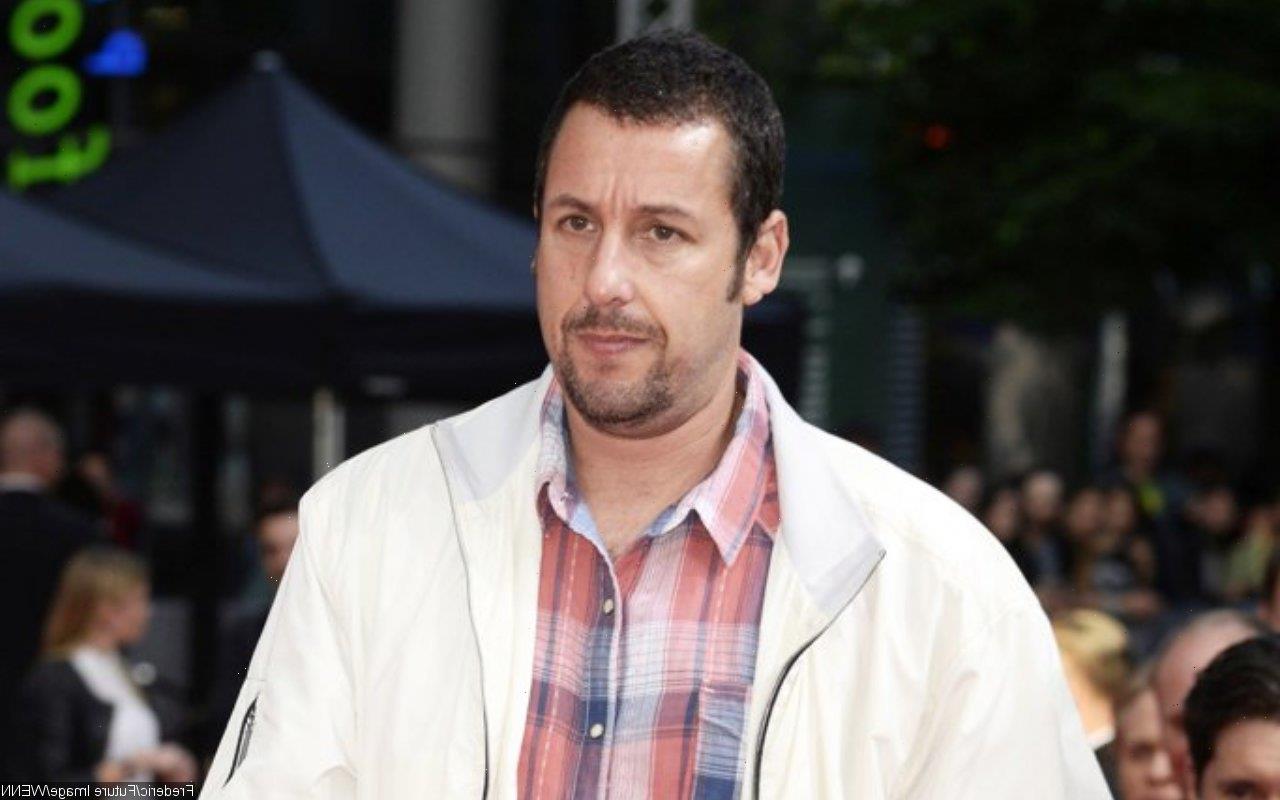 Clearly having no hard feeling over the incident, the ‘Grown Ups’ actor jokes that he left the restaurant simply because ‘the all-you-can-eat deal didn’t apply to the milkshakes.’

AceShowbiz –Adam Sandler has poked fun at a viral video of an IHOP restaurant employee begging him to come back after unknowingly turning him away. Days after waitress Dayanna Rodas’ TikTok video spread like wildfire online, the “Grown Ups” actor offered his hilarious take on why he chose to walk away.

On Monday, May 3, the 54-year-old actor took to Twitter to share his thought on the viral TikTok video that has since garnered more than 11 million views. “For the record, I only left the IHOP because the nice woman told me the all-you-can-eat deal didn’t apply to the milkshakes,” he lightheartedly tweeted.

Adam Sandler shared a hilarious response to the viral TikTok video of him leaving IHOP.

Dayanna’s TikTok video went viral in late April. In the short clip, she let out security camera footage of the moment when she accidentally turned the “Just Go with It” actor away. She explained that at the time, she failed to recognize the actor and told him that he should wait 30 minutes to get a table, which prompted him to politely leave.

In the overhead note of her viral video, the hostess wrote, “Not realizing it’s Adam Sandler and telling him it’s a 30min wait and him [of course] leaving [because] he’s not going to wait 30mins for IHOP.” She used a clown filter to cover her face and played the “Be a Clown” song in the background. In the caption of the post itself, she wrote, “Pleaseee come back.”

In the video, Adam was seen wearing a North Face hoodie and basketball shorts. He was accompanied by his daughter. Many praised the “50 First Dates” actor for being laid-back upon seeing how he reacted to being turned away. One wrote, “He’s literally one of the most humbled celebrities out there.”

Another pointed out how Adam didn’t take any advantage of his fame. “At least he didn’t use his fame to rush anything. He left like a normal person would,” the user stated. A third one, meanwhile, praised the Hollywood star for his choice of outfit as saying, “He dresses like he’s always ready to hoop and I respect him for that.”

A publicist for Adam has confirmed to HuffPost that the “Uncut Gems” actor was the man in the viral video. However, the representative did not provide any additional information about the turning away incident.