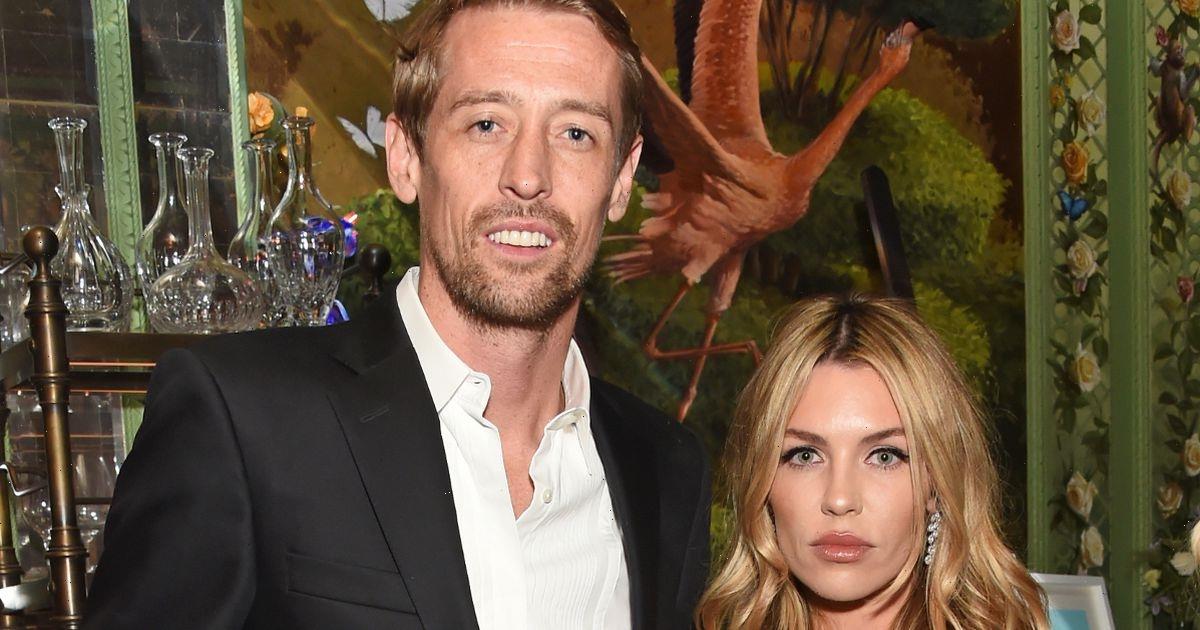 During the show, Abbey is seen joking with her husband about his lack of skills around the house, revealing that he has a floordrobe rather than a wardrobe because he is so messy.

Abbey says: “Pete is like a child – he doesn’t have a wardrobe he has a floordrobe and he will take his plate to the dishwasher and leave it on top. It annoys me.”

And they might be a top model and ex-footballer, but like any other marriage they have their lovers’ tiffs. Abbey jokes at one point: "You're a lovely guy but you're absolutely useless."

Another scene sees them discussing what Pete would be like as a football manager and it seems that Abbey is also less than impressed at his skills in that department too! “You’re too soft to be a manager,” says Abbey.

The pair bicker as the footballer insists that his wife has never seen him in work mode and doesn’t know how determined he can be. But his wife can’t see it. She says: “If Pete was a manager he would be like ‘oh don’t worry guys.’ I can’t see it, am I ruining your manager potential here Pete?!”

Underneath the banter, the 36-year-old Liverpool lass does give the podcast star, 41, credit where credit is due. She says: “I think you would be an amazing manager as well because everyone loves you. You kind of wouldn’t really have to do anything. Just walk in and do the robot and be like ‘yeah we’re gonna win!’”

The documentary centres around Peter’s campaign to help his old club, Dulwich Hamlet. And Abbey does concede at one point that her husband has worked really hard on the campaign. "There has been a lot of pressure on him in this because he is a footballer, he’s not a businessman,” she says proudly.

It’s no secret that the top model isn’t the biggest fan of the beautiful game, despite marrying a footballer. Yet in she show she puts her personal preferences aside and is incredibly supportive of this campaign.

Throughout the programme she gives Peter advice and offers her interior design skills to help give the player’s changing rooms a makeover. Reacting to the state of the room she says “'the only thing good about it is the size. I'd like a shower that big.” While also declaring “Look there’s mould, that’s not good for your lungs.”

She even barters for paint supplies, cheekily asking for a freebie, “it’s the scouse in me.”

Peter Crouch: Save Our Beautiful Game is available to stream on discovery+