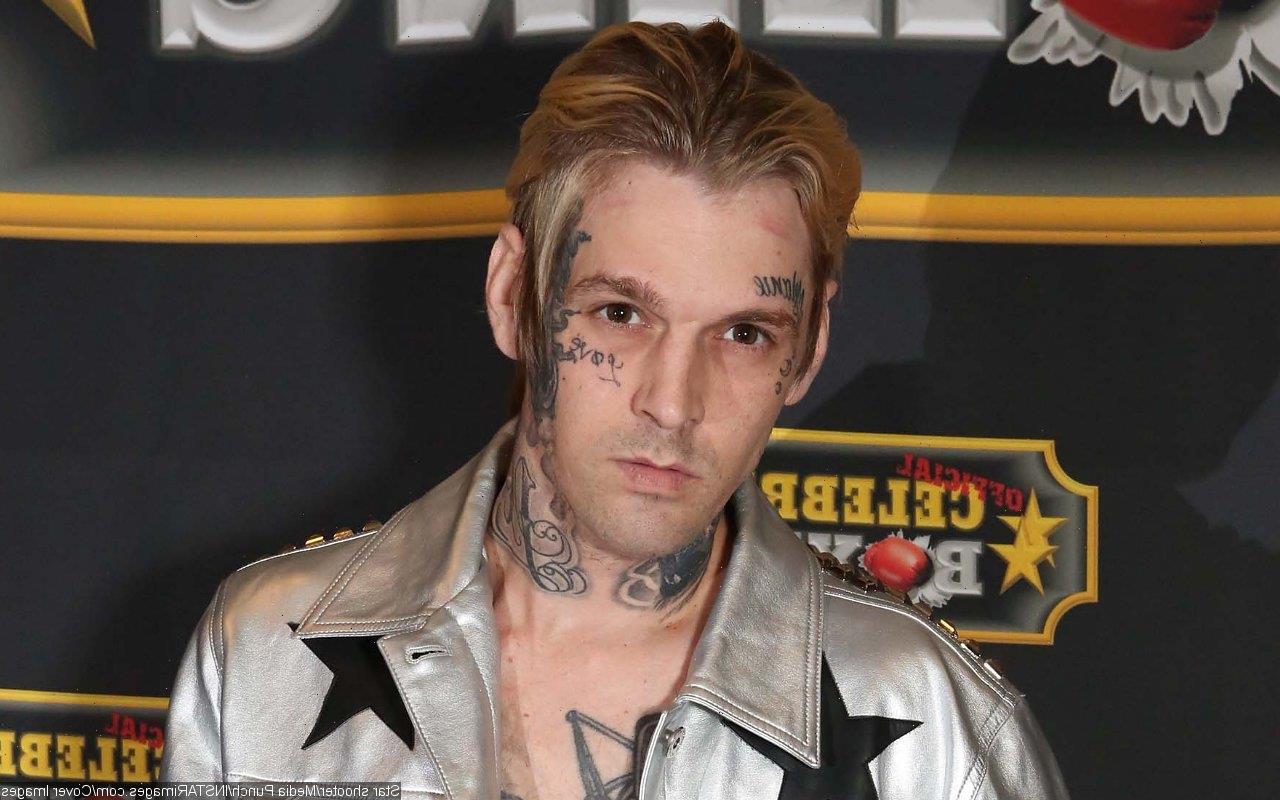 The Tampa-born musician receives a visit from the authorities after cops got a call from concerned fans about the singer ‘possibly overdosing on social media.’

AceShowbiz –Aaron Carter receives a visit from police over his troubling online behavior. The Tampa-born musician got a welfare check after worried fans thought he was doing drugs during Instagram Live session.

TMZ reported on Sunday, September 25 that the authorities received a call on Tuesday evening, September 20 about the 34-year-old “possibly overdosing on social media.” Earlier that night, the musician hopped on Instagram Live to chat with followers.

At one point, the screen went black and fans thought it sounded like Aaron was huffing air duster as they could hear spraying and inhaling in the background. The “I Want Candy” singer has previously admitted to having a huffing addiction.

Law enforcement responded to Aaron’s home and said the singer was asleep when they arrived. There were no drugs at the scene and police confirmed there was no type of suicide attempt either.

Aaron subsequently claimed it was all in good fun, referring to himself as “the troll hunter” while spraying what appeared to be an air freshener. “I’m tired of people coming after me so I trolled everybody,” he claimed.

The incident happened just a couple of days after the troubled singer revealed that he has checked himself into an outpatient rehab program after losing custody of his 9-month-old baby boy, whom he shares with his ex-fiancee Melanie Martin.

Aaron made the revelation when speaking to the outlet through a video call. The musician, who has been open about getting help and trying to stay on the wagon, stressed that “there is no reason to hide” an addiction.

Noting that it is his fifth time in rehabilitation, Aaron revealed, “I haven’t had any relapses or anything like that.” He went on to note, “It’s just triggers are big right now for me [and] I want my son back.”

“The main reason why I enrolled into Lionrock Recovery outpatient is to help with the weed. I don’t want to smoke weed anymore. I don’t really need to,” he added. “I have a medicinal marijuana license to grow up to 99 plants a year. But I threw away all that gear, I sold all of it, got rid of all my plants and my strains I was growing.”

Aaron additionally shared, “It’s an abstinence program and I work with an individual counselor… I do group therapy, parenting classes, domestic violence classes, I got myself certified in CPR, just a lot of different things.” He continued, “It’s new being a parent but it’s actually become really fun and exciting and given me a new chapter of my life. It’s been amazing.”