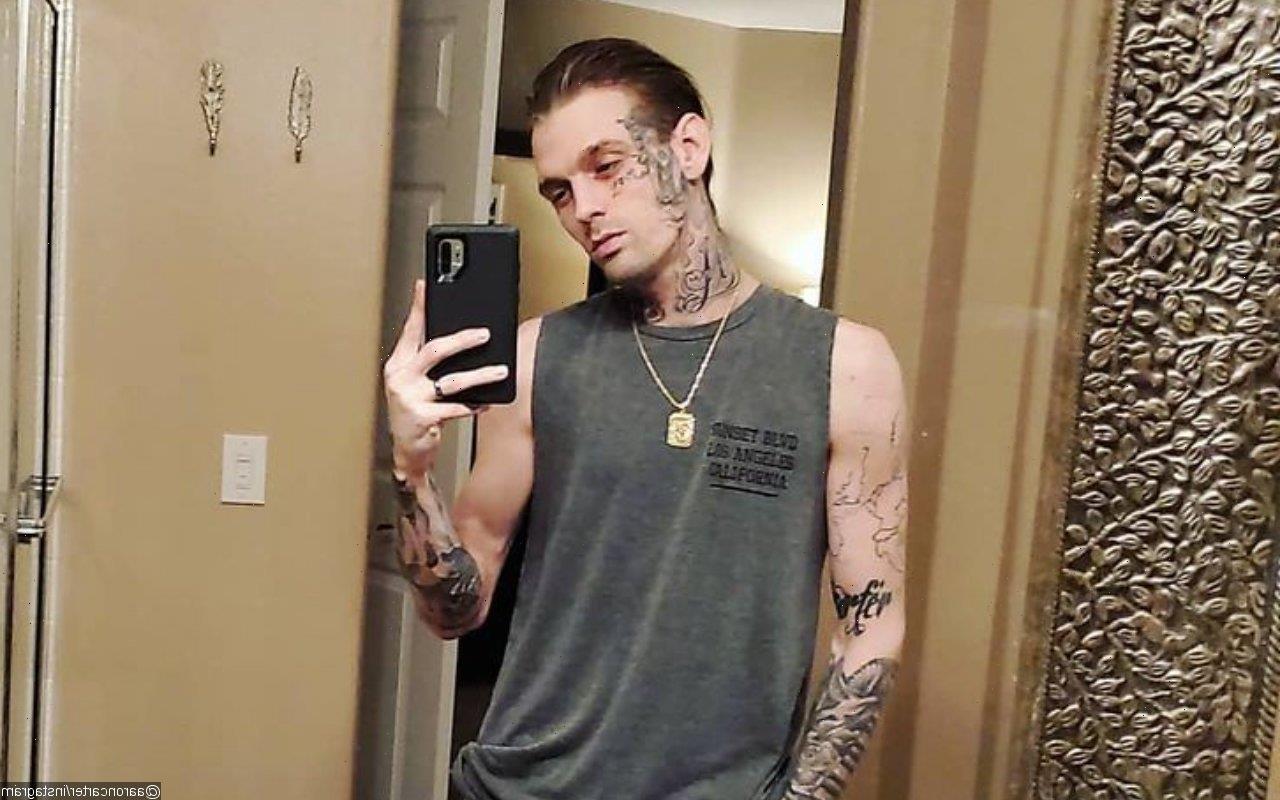 The ‘Fool’s Gold’ singer also accuses his baby mama Melanie Martin of ‘betrayal’ for communicating with his twin sister Angel and believes that his family is actively working to place him under conservatorship.

AceShowbiz –Aaron Carter has leveled another shocking accusation against his family. The 33-year-old star, who has not got along well with his siblings for years, has accused Nick Carter‘s wife Lauren Kitt of cheating on his brother with a man who is allegedly orchestrating smear campaign against him.

On Tuesday night, November 30, Aaron posted a cut of a YouTube clip which is titled “A drugged up & manic ped0 ganval has an autistic sperg out while his ‘friends’ laugh at him.” The clip doesn’t come with video, but features audio of someone on a rant.

In the clip, Aaron talked about the man named “Ganval aka William James Whitt,” whom he claimed to be “the man orchestrating a smear campaign.” He wrote, “BEWARE THIS MAN IS DANGEROUS HAS GUNS AND IS A SEVERE DRUG ADDICT ATTACKING ME FOR THREE YEARS NOW IVE HAD TO MOVE TWICE AND HE IS IN BED W MY SISTER IN LAW NICKS WIFE WHO IS CONDONING THE BULLYING AND CANCEL SMEAR CAMPAIGN ON MYSELF ALLEGEDLY.”

Earlier that day, Aaron announced he and his fiancee Melanie Martin have broken up, just a week after welcoming their first child together. The “Crazy Little Party Girl” hitmaker wrote on Twitter, “Due to personal reason Melanie Martin and I have decided to go our separate ways. There has been a very big lie and my sister communicating w (with) my ex fiance ruined everything considering she knew what angel tried to do to me in court thanks angel you ruined my family. God bless.”

He was also angry that Melanie regularly communicates with his twin sister Angel Conrad, which he felt like betrayal. He told TMZ that his baby mama knew he did not want her talking to his family.

Moreover, Aaron has accused his family of actively working to place him under a conservatorship. The pop star believes that his family is trying to gain an ally in Melanie as part of a plan to get a conservatorship over him, using her to gather information about him.

Melanie, however, told TMZ she doesn’t believe that Aaron’s family is trying to get a conservatorship and denied that they ever grilled her on information.

Following the split news, Aaron has been pictured outside him home in Lancaster, California. He was busy talking to someone on the phone, standing on the driveway before sitting down. Apparently finding it comfortable, he then lay down on the driveway.

His ex-fiancee Melanie was also spotted at home at the time. She was cradling her newborn son as she received a package. Her engagement ring was noticeably missing from that finger.