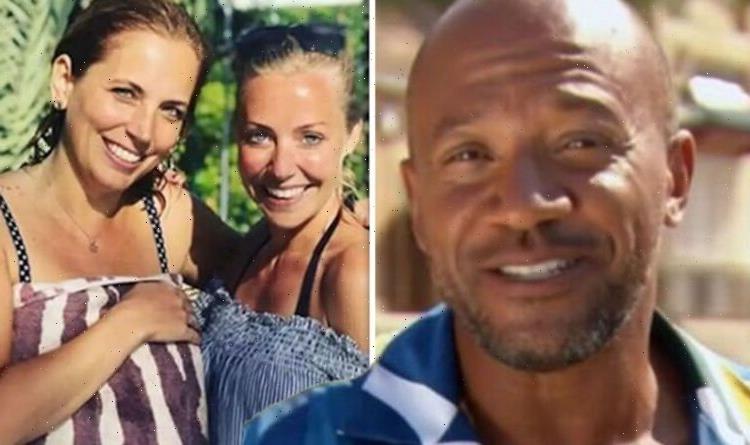 A Place In The Sun newcomer Craig Rowe has hinted at the possibility of presenting his own programme in the future. The Channel 4 presenter, who began his property journey decades ago, suggested that he wouldn’t turn down the opportunity to take his property adventures even further.

The 49-year-old explained that he would welcome the opportunity to present his own show but with a particular twist.

The on-screen star said he would like help families to declutter their homes and create more open-plan spaces.

The TV star, who has also renovated his own properties, shared his own background in design.

Craig commented: “I would love to host a property show because I’m also interested in decluttering and opening up spaces.

“I would love to have a property show where you are either finding people property or taking existing properties that are dark, closed, cluttered spaces and opening it all up.

“I would be interested in seeing the difference it makes in people’s lives.”

He continued: “I really think it affects how you live, how your living space is organised.

“So I would love to do a property show where you look at the emotional and the physical effects on people.”

Craig went on: “Where you go from disorganised, cluttered and messy and making it bright, light and organised.

“What we’ve been through with the pandemic and stuff I think that people are thinking, ‘Right how to I live day to day and feel better.’ There’s a big thing in that.”

Elsewhere, the Channel 4 presenter shared his pole dancing woes as he touched on his troubles during fitness classes.

The on-screen star confessed that it is a pretty “difficult” form of fitness but helped to keep his body in shape despite the number of bruises he accumulated.

The property expert explained that when he joined the classes a number of years ago he would often leave the studio with burns and bruises on his legs.

Craig recalled: “I was in a dance company for a while in London and we used to put on shows. Nothing major but we would dance at different venues. It was really good and I really enjoy dancing.”

He went on: “The amount of people that said to me, ‘I never knew you were a pole dancer?’ I’m like no I just did classes. It’s so much fun.

“But the only thing I’d say is that your hands get absolutely sore, burns down your legs and bruises all over your body.

“It’s quite acrobatic. You fall off all of the time. But when you get the hang of it, it’s so good for your fitness. That’s part of the reason why I did it.”

A Place In The Sun airs weekdays on Channel 4 at 3pm.