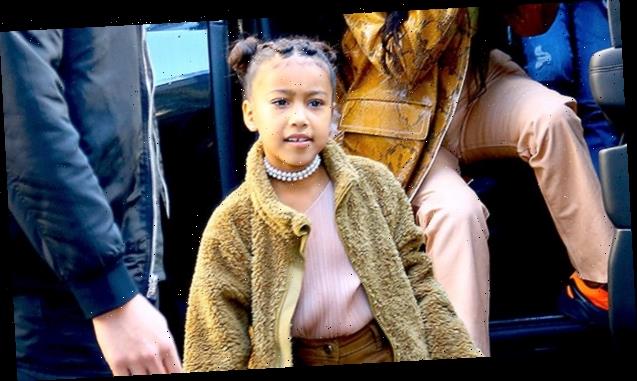 From Stormi’s exclusive Nike sneakers, to Penelope Disick’s designer trench coats — these celebrity mini-me’s have expensive taste! Here are 8 of the most stylish kids in Hollywood.

It’s no surprise that the daughters of Hollywood’s hottest A-listers have incredible wardrobes! From Kim Kardashian‘s mini-me North West, to her cousin Stormi Webster — the KarJenner kids are almost as stylish as their famous parents. Six-year-old North has already developed an intense interest in beauty and fashion, which gives her and Kim something super special to bond over. She’s always trying on her mom’s heels and experimenting with makeup, and the pair even look like twins on occasion!

Kylie Jenner‘s daughter Stormi, whom she shares with ex Travis Scott, has been wearing stylish threads from the moment she was born! In a May 2020 pic shared by her beauty mogul mother, Stormi’s style was SO on point as she sported a brown AstroWorld Festival t-shirt from her dad’s 2019 event, reading “Official Souvenir” on the back. She even paired the official merch item with a pair of Travis’ yet to be released Nike Air Max 270 React shoes. The beige sneakers feature the brand’s trademark swoosh in orange (albeit backwards), and is a unique color combo just for kids. The futuristic model also features a special label that reads “Cactus Jack” on the front — the name of Travis’ record label.

Older cousin Penelope, daughter of equally-stylish Kourtney Kardashian, has really developed her own eye for fashion! While in France for Paris Fashion Week, Penelope proved she’s a fashion icon in the making as she rocked a black top and animal print pants under a tan peacoat. So pretty! She was joined by her mom, and sister Kim, who also looked fashionable in their own impressive outfits with the younger sis wearing a brick-colored leather jacket over a tan top and brown leather pants, and the older sis wearing a black coat under a fitted long-sleeved black dress.

A number of other celebrity kids also rock incredible outfits, picked from their luxe wardrobes, including Blue Ivy Carter, Harper Beckham, and Suri Cruise. Katie Holmes’ mini-me daughter is often spotted in pretty pastels and floral prints. The mother-daughter duo are frequently spotted running errands around New York City in outfits that would make any adult jealous of their enviable wardrobe. Scroll through the gallery above for more pics of fashionable celeb kids!