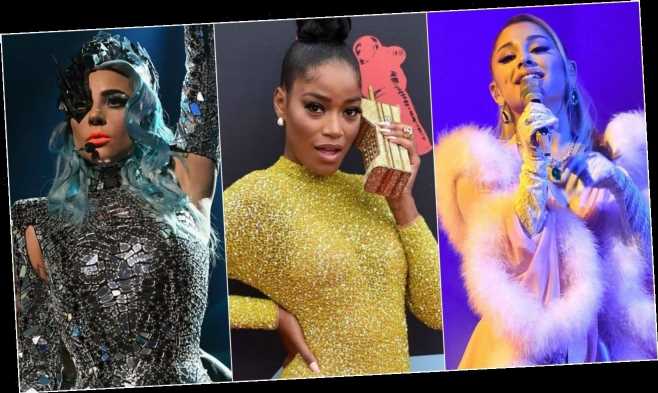 Rain, shine or pandemic, the MTV VMAs are nearly upon us.

Like virtually all awards shows in the age of the coronavirus, MTV’s annual music video ceremony is going virtual in 2020, but still plans to pack the night full of celebrity appearances and performances from major artists. Another major shakeup is moving the show from Brooklyn’s Barclays Center to various outdoor performances around NYC with “limited or no audience,” according to a statement from the venue’s spokespeople to ET earlier this month.

Read on for all the details you need on how to watch the 2020 MTV VMAs, as well as the confirmed list of performers, host, when the show starts, nominees and more.

How to watch the VMAs: The show will air on MTV and be livestreamed on MTV.com or the network’s app. For non-cable subscribers, MTV is available on a number of live TV streaming services, including Philo, fuboTV, AT&T TV Now, YouTube TV and Sling TV with the Entertainment package.

How do I follow along? Follow along during the VMAs with @etnow on Twitter and @entertainmenttonight on Instagram. Then, check out ETonline.com, ET Live and Entertainment Tonight for more coverage of the biggest moments and all the winners.

Who’s hosting? Hustlers star Keke Palmer is at the helm of the 2020 MTV VMAs.

“We’re thrilled to have the multi-talented Keke Palmer as this year’s VMAs host,” said Bruce Gillmer, president of Music, Music Talent, Programming and Events for ViacomCBS Media Networks, earlier this month. “Keke is an energetic force and a quadruple threat with unmatched comedic wit who will make this year’s show truly unforgettable.”

Who’s performing? The VMA stage will be as star-studded as ever. Lady Gaga is set to perform during the 2020 VMAs, along with BTS, The Weeknd, Maluma and Roddy Ricch. Also performing is Miley Cyrus, Doja Cat, J Balvin and CNCO.

Who’s nominated? Ariana Grande and Gaga notched nine nominations each this year, including a joint nod for Video of the Year for “Rain on Me.” The pair are followed by Billie Eilish and The Weeknd (six nominations) and Taylor Swift (five).

How to vote: Fans can vote across 15 gender-neutral categories at vma.mtv.com until Aug. 23. The Best New Artist category can be voted on continuing into the show on Aug 30.

What else do I need to know? Two new timely categories have been added this year — Best Music Video From Home and Best Quarantine Performance. Additionally, after more than 20 years, the Best Alternative category is returning to the show.

Watch the video below for more on how the MTV VMAs are changing things up this year amid the coronavirus pandemic.

2020 MTV VMAs: Nominations and How the Show Is Changing Amid the Pandemic