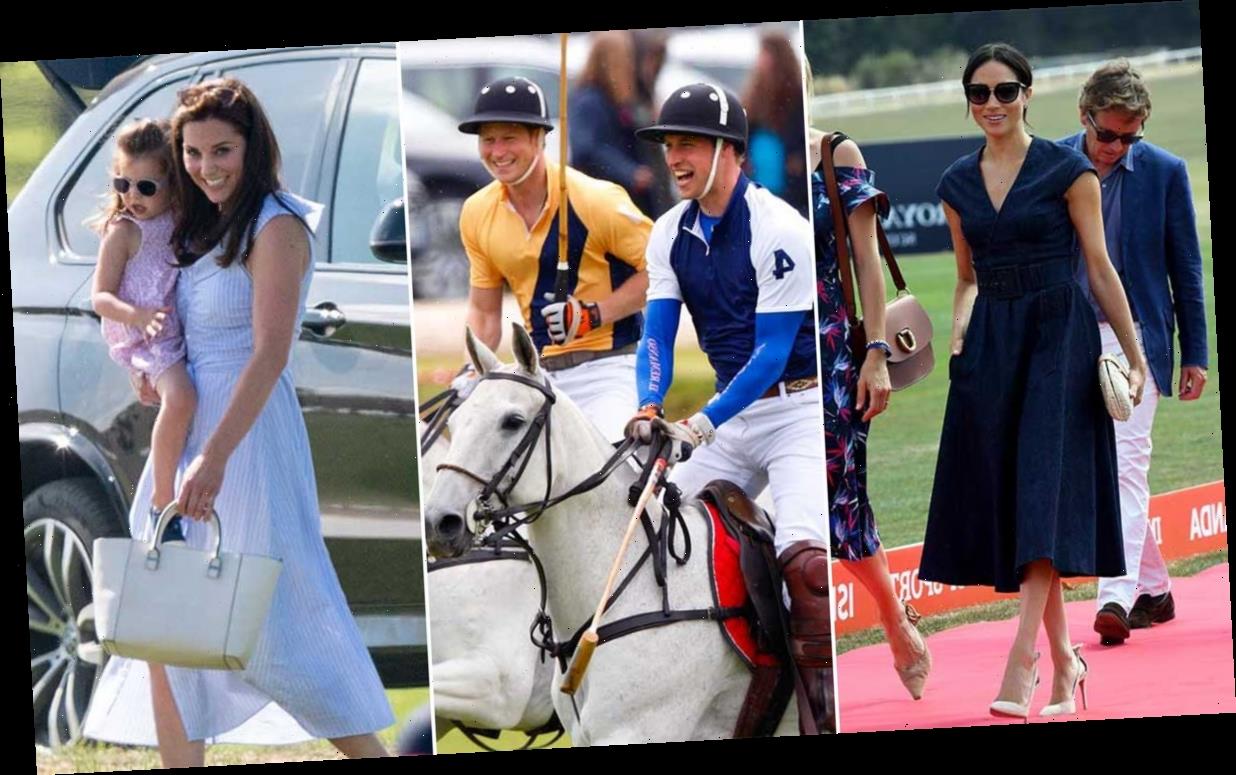 Normally the summer would indicate the start of the polo season for the royals, but this year's plans have been put on hold due to the coronavirus pandemic. The Duke of Edinburgh and the Prince of Wales both played polo in their younger years, while the Duke of Cambridge and the Duke of Sussex still like to compete in charity cup matches.

The action on the sidelines is just as lively and the Duchess of Cambridge has been pictured in the past running after her three children, Prince George, Princess Charlotte and Prince Louis, as they watch their dad William play. Kate has been her husband's biggest supporter at the polo since their university days.

In recent years, we've also seen Meghan Markle cheer on her future husband Harry in 2017, before they made their official debut as newlyweds at the polo the following year and in 2019, as parents with baby Archie.

Take a trip down memory lane with the best photos of the royals at the polo.

Then American actress Meghan was spotted with Harry's friends as they watched him play in a polo match in Ascot in May 2017. She looked chic in a white Babaton Keith Jacket by Aritzia and a black ruffled midi dress from designer Antonio Beradi, with a pair of stylish sunglasses.

Then royal girlfriend Kate would often be pictured cheering on Prince William at the polo. She's pictured with her younger sister, Pippa Middleton, as they watched a match in 2006.

William and Harry were on the winning team at a polo match in 2001. Like their father and grandfather, the royal brothers have been taking part in the sport from a young age.

MORE: On your bike! 10 brilliant photos of the royals enjoying a cycle ride

A kiss for ma'am! Charles greets the Queen after competing in a match in 1985.

MORE: Royal teens! 11 best photos of princes and princesses in their younger years

Prince William and Kate watched a polo match in Santa Barbara on their US and Canada tour in 2011, just months after their wedding.

Sarah, Duchess of York and Diana, Princess of Wales were regularly spotted giggling together in the crowd, as they supported their husbands at the polo. This sweet snap was taken in 1983.

MORE: 7 royals who practise yoga to inspire you

Meghan shared a kiss with husband Harry after he competed in a polo match in 2018.

The Queen is incredibly close to her grandchildren and took William and Harry to watch a polo match in 1987.

MORE: When green-fingered royals share a look into their gorgeous gardens

Kate has all the fun with her children on the sidelines. The royal mum was spotted running around with George and Charlotte as William played polo in 2018. The Duchess' blue striped off-the-shoulder Zara dress was also an instant sell-out!

A cute father-daughter moment was captured between Mike and Mia Tindall as they cheered on Zara at the polo.

The Duchess made a surprise appearance at the polo with her children and we learned that a then one-year-old Prince Louis was quick on his feet!

Meanwhile, baby Archie made a rare appearance in public, snuggled in mum Meghan's arms, as the pair cheered on Harry.

The Queen and the Duke of Edinburgh were pictured looked effortlessly stylish at the polo in 1975.

Before she became the Countess of Wessex, Sophie attended a polo match in 1996 – three years before she married Prince Edward.