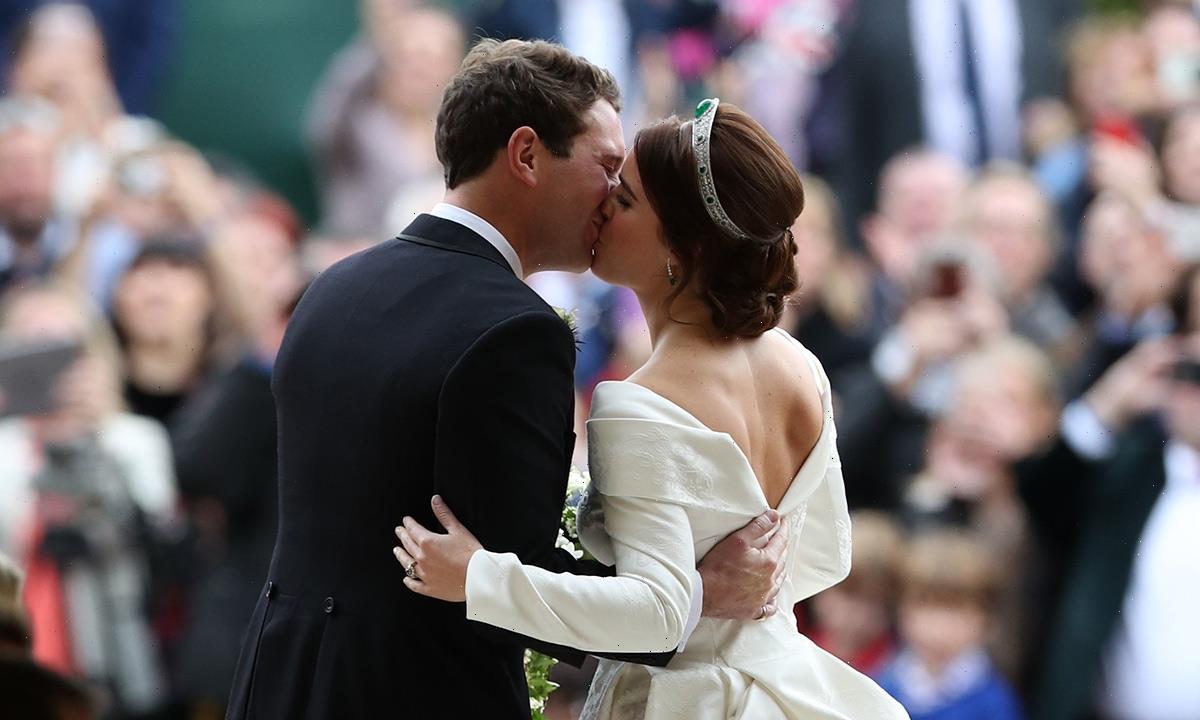 From the star-studded guestlist through to the luxury attire, royal weddings are pretty spectacular, and they usually come with seemingly endless budgets. From Prince Charles and Princess Diana‘s iconic 1981 wedding to the lavish nuptials of Prince Rainier and Grace Kelly, take a look at the most expensive royal weddings of all-time…

DISCOVER: Why Prince Philip’s sisters didn’t attend his wedding to the Queen

A 20,000-seat stadium was built especially for the week-long celebrations, which came in at an estimated $100million – £75.5million. The Sheikh famously visited every town in the emirate by horseback during the week, and fed all the inhabitants.

Prince Charles and Princess Diana were married in 1981

Prince Charles and Princess Diana’s ceremony in 1981 was dubbed ‘the wedding of the century’ – and it’s easy to see why. The televised nuptials were watched by an estimated TV audience of 750million people, with events held around the Commonwealth in celebration of the couple’s special day. The wedding – held at St Paul’s Cathedral – is thought to have cost around £57million with the bride’s wedding dress alone costing £11,000. The biggest expense, however, was the security, which cost an estimated £490,000.

Prince Albert of Monaco‘s 2011 nuptials to Charlene Wittstock was described at the time as the nation’s ‘biggest party in 55 years’, following his parents’ marriage. The couple tied the knot in a Catholic ceremony held in the courtyard of the medieval Palace of Monaco, with the bride looking exquisite in an Armani Prive silk dress. Following the emotional ceremony in which Andrea Bocelli serenaded guests, the royal couple drove off in a custom-made Lexus hybrid to change for the evening festivities. In total, their three-day celebrations cost an estimated £53million.

Prince Harry and Meghan Markle’s wedding was in 2018

Prince Harry and Meghan Markle‘s marriage took place at St George’s Chapel in Windsor on 19 May 2018. It was a star-studded affair, with guests including Oprah Winfrey, Elton John, the Beckhams and George and Amal Clooney. The wedding itself cost an estimated £32million, the majority of which was again spent on security. Meghan’s beautiful bespoke Givenchy dress totalled an estimated £390,000.

MORE: What Prince Harry and Meghan Markle’s royal wedding was really like – as told by insiders

Kate Middleton looked amazing when she married into the royal family

One of the most iconic weddings in modern history, Prince William married his longterm love on 29 April 2011 at Westminster Abbey. Kate stunned the crowds in her lace Alexander McQueen gown, which featured a nine-foot-long train and handmade lace, and cost an estimated £355,000. But, once again, their security bill was the largest expense. In total, the wedding cost around £30million. The palace later confirmed that the royal family had paid for core aspects of the wedding, including the church service, associated music, flowers, decorations and the reception afterwards.

Some 25million people tuned in to watch the then-Crown Prince Felipe marry former journalist Letizia Ortiz Rocasolano in Madrid in 2004. The bride looked beautiful in a bespoke gown created by Spanish designer Manuel Pertegaz, which featured a high collar, four-metre train and real gold accents, as she entered the Santa María la Real de La Almudena Cathedral. Some 1,500 attended the ceremony, while the reception featured a two-metre wedding cake, washed down with 1,000 bottles of champagne. In total, the festivities have been estimated at £19million.

The wedding of Crown Prince Frederik of Denmark and Mary Donaldson took place on 14 May 2004 in the Copenhagen Cathedral, followed by wedding festivities at the Fredensborg Palace. Mary’s sisters Jane Stephens and Patricia Bailey, and her friend Amber Petty served as bridesmaids, while Frederik’s brother Prince Joachim of Denmark was the best man. The bride opted for a wedding dress by Danish fashion designer Uffe Frank, with a veil first worn by Crown Princess Margareta of Sweden. The cost of the royal nuptials is estimated at around £18million.

Prince Rainier and Grace Kelly on their spectacular wedding day

On 18 April 1956, American actress Grace Kelly became a princess when she married Prince Rainier of Monaco at St Nicholas Cathedral. The bride’s wedding dress – featuring a high neckline, multiple petticoats and antique pearls – was a gift from MGM and was worked on for six weeks by three dozen seamstresses.

The couple, who were officially wed in a civil ceremony one day prior, welcomed guests including Cary Grant, Ava Gardner and Aristotle Onassis to their religious celebration, and invitees later dined on caviar, lobster, champagne and a six-tier wedding cake. Following the nuptials, the newlyweds headed off on a seven-week cruise, on a 147-foot yacht named Deo Juvante II, a gift from Aristotle Onassis.

Without a complete breakdown of costs available, it is not known exactly how much the royal couple’s wedding cost. But Grace’s gown, which was comprised of 100 yards of quality silk and 25 yards of taffeta, cost around $8,000 in 1956. With inflation, that would be almost £80,000 today.

Crown Prince Pavlos of Greece and his wife, Marie-Chantal

The wedding of Crown Prince Pavlos of Greece and Marie-Chantal Miller took place on 1 July 1995 at St Sophia’s Cathedral in London, with a reception held at Hampton Court Palace. It brought together the largest gathering of royalty in London since the Queen had married Prince Philip in 1947, with more crowned heads in attendance than at the wedding of Charles and Diana.

The Queen‘s granddaughter, Princess Eugenie, married Jack Brooksbank at St George’s Chapel at Windsor Castle on 12 October 2018. Following the ceremony, the couple processed through Windsor in a carriage before celebrating at a reception hosted by the Queen at Windsor Castle. This was followed by a black-tie evening reception at Royal Lodge, Prince Andrew’s official residence.

The bride looked beautiful on her big day, dressed in a long-sleeved open-back dress with folded shoulders and a full length train designed by Peter Pilotto and Christopher de Vos.

The wedding itself and the two parties were paid for privately by the bride’s parents and family, along with the flowers, entertainment and dress. It’s estimated that the security on the day came in at £2million.